Scotland is a stronghold of wild salmon Salmo salar and sea trout (the anadromous form of brown trout) Salmo trutta. These fish spend several years in rivers, migrate to sea then return as adults to spawn. Marine migrations in salmon are generally more extensive than those of sea trout. Salmon usually spawn once whereas sea trout may spawn several times.

All salmon fishing and sea trout fishing rights in Scotland, including in the sea, are private, heritable titles, which may be held separately from any land. They fall into one of three broad categories.

Net and coble fisheries generally operate in estuaries and the lower reaches of rivers.

Rod and line fisheries comprise angling activities which generally take place within rivers and above tidal limits. This method currently accounts for the majority of salmon and sea trout catches.

Catch data are combined geographically into 109 Districts and further aggregated into 11 Regions. Some Regions are not fully covered by the data survey at present. Districts correspond either to a single river catchment together with the adjacent coast or to groups of neighbouring river catchments and their associated coastline. Catch statistics have been collected since 1952 and are published annually as topic sheets by Marine Scotland (1). Neither the Districts nor the Regions correspond with the sea areas being used in this Atlas.

Reported annual catches of wild salmon and grilse by fixed engine and net and coble both illustrate the decline of the Scottish net fishing industry over the last 50 years. This decline in catches has been similar in all reporting regions and also mirrored in annual catches of sea trout.

Rod and line fisheries continue to operate on most of Scotland's rivers. In contrast to the net fisheries, rod catches of salmon have increased slightly over the past 50 years. This is likely, at least in part, to be due to the decline in the netting industry.

Since 1994, the proportion of the total rod and line catch accounted for by catch and release of both salmon and sea trout have shown a general increase.

The overall value of these fisheries is difficult to calculate and has many dimensions. Figures for GVA and numbers employed cannot be obtained from the ABI, as it does not separately assess this activity. Rod fishermen cannot sell their catch but contribute to the general tourist economy (spending on accommodation and associated expenditure) and pay for the fishing experience. It has been estimated that anglers fishing in Scotland for salmon and sea trout spend some £73M annually (2). Net and coble and fixed engine fisheries can sell their catch.

Jobs (in July) associated with salmon and sea trout fishing

Data for the whole of Scotland not routinely collected for rod and line.

Salmon and sea trout face various threats and pressures, such as those from predators and fisheries but also those associated with habitat change resulting from catchment management schemes and pollution. 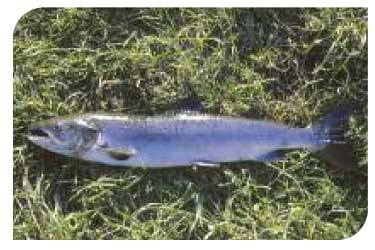 The sector's future very much depends on the status of stocks together with the general economic situation. New coastal salmon nets are rarely opened and the main trend has been for declining catch and fishing effort in the net fisheries. Marine Scotland Science will continue to monitor the status of both stocks and fisheries. 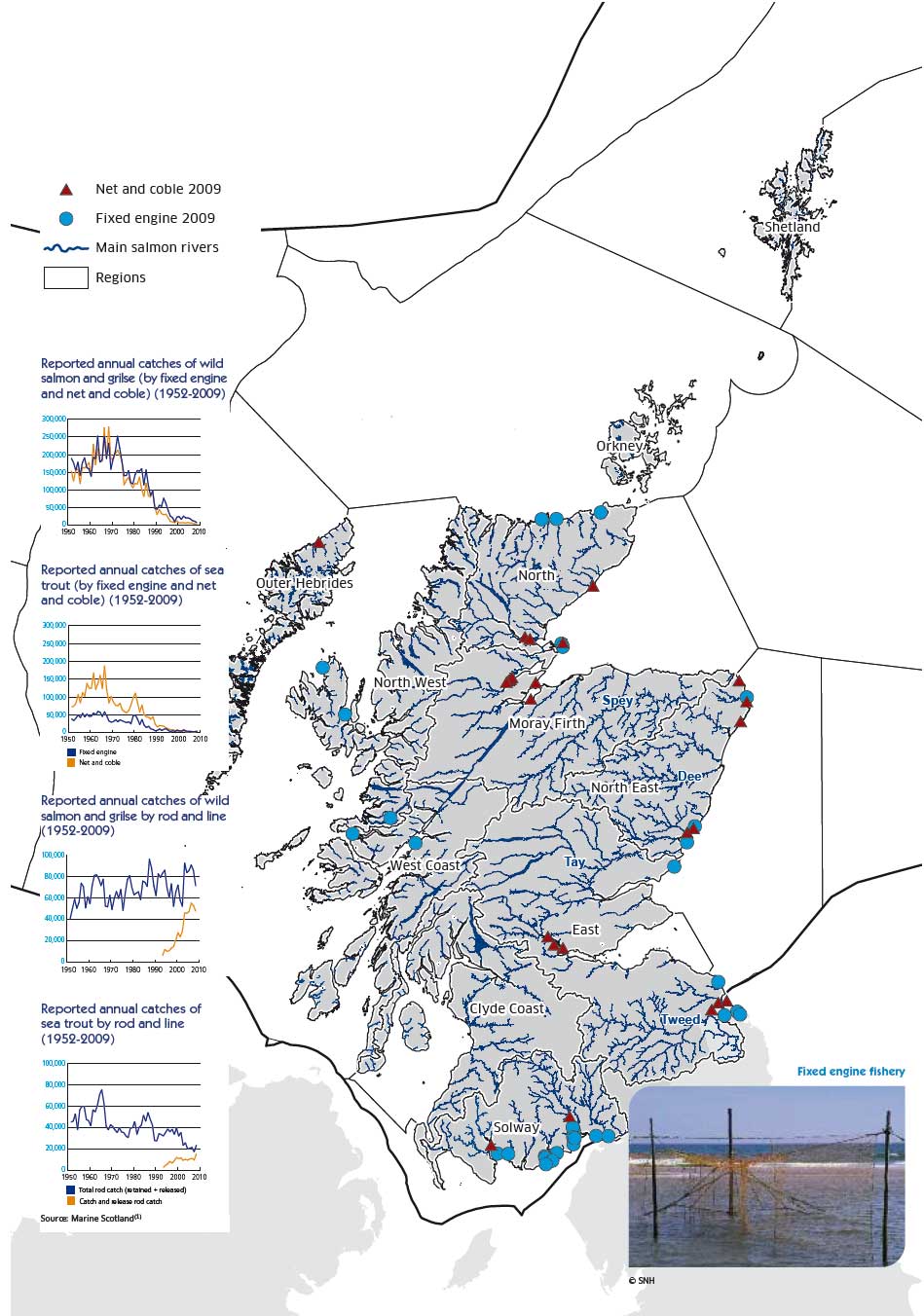