What is the Water Framework Directive?

The EU Water Framework Directive ( WFD) (200/60/ EC) established a new legal framework for the protection, improvement and sustainable use of rivers, lochs, transitional waters, coastal waters and groundwater across Europe in order to:

Implementation of the Water Framework Directive

The Water Framework Directive requires the competent monitoring authority to divide surface waters into water bodies and assess the status of these water bodies by assigning them to a class from High to Bad. All water bodies must achieve Good status by 2015. In Scotland, the work required to implement the Directive is being delivered by the Scottish Environment Protection Agency ( SEPA), in conjunction with the Scottish Government and other partners, with the timetable for action set out in the Directive and in line with guidance agreed with other EU member states.

Scotland has 457 coastal water bodies and 57 transitional water bodies. Each water body is individually classified using a decision tree, according to its ecological or chemical quality, using a set of "quality elements". Water bodies are classified for ecological quality by comparison to background reference conditions for each quality element. Ecological quality is assessed over a 5-point scale from High Status, through Good, Moderate and Poor to Bad. Chemical quality is assessed through comparison to numerical Environmental Quality Standards set nationally and internationally.

Quality elements are key components of the physical, ecological or chemical aspects of a water body that contribute to its overall quality. For example, the ecological quality elements include plankton species, benthic invertebrates, fish populations, seagrasses and saltmarshes.

The WFD classification results for 2008 and 2009 are shown as numbers of water bodies in each class for transitional and coastal waters.

Overall, 88% of Scotland's transitional waters and 93% of Scotland's coastal waters had good or high status, although there are a few areas where condition is "less than good" and where improvements should be sought. 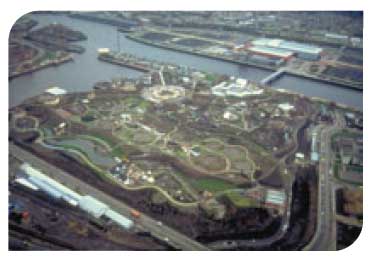 The results for transitional waters show very little change from 2008 to 2009. The results for coastal waters show that the number of water bodies at high status increased slightly, from 157 in 2008 to 160 in 2009. This was due to improvements in some water bodies moving from good to high status as a result of re-assessing nutrient data for the Shetland Islands, but with some apparent downgradings at other water bodies. The downgradings resulted from more data being available. Water bodies default to high status and are monitored on a 1 year in 3 rolling programme. Additional data was collected for rocky shore macroalgae and for benthic invertebrates.

Main cause of the water bodies having moderate or poor status

The only transitional water body at poor status in 2008 and 2009 was the upper Forth Estuary, due to seasonal low oxygen levels related to impacts of organic waste combined with low river flows and reduced mixing.

The 5 transitional water bodies at moderate status include the Forth and Clyde estuaries, also due to seasonal low oxygen levels related to impacts of organic waste combined with low river flows and reduced mixing. Montrose Basin and the Ythan estuary are also at moderate status because of high nutrient inputs leading to elevated macroalgal growth.

Other transitional water bodies at moderate status include Girvan harbour, the middle Forth estuary and the canalised stretch of the Clyde estuary. This is due to morphological impacts where the structure of the water body has been affected by man's activities, such as the construction of harbours, navigation channels or sea defences.

There are 30 coastal water bodies at moderate status. These are mainly downgraded because of the condition of the benthic invertebrate populations. This may be due to organic pollution or trawling pressures.

Action to improve the condition of water bodies

SEPA is working with partner organisations, including Marine Scotland, to improve the condition of downgraded water bodies through changes to current practice, where appropriate. Examples of this approach are reducing fishing pressures to improve the status of benthic populations and action programmes in Nitrate Vulnerable Zones designated under the Nitrates Directive (91/676/ EC) to reduce inputs of nutrients from agriculture.

Water bodies affected by physical structures such as harbours and canalisation are described as "heavily modified", and the status of these water bodies is not likely to change over time.