Microbiological regulation and monitoring is driven by the risk to public health from contact with pathogens indicated by the presence of faecal indicator organisms of either human or animal origin. The EU Bathing Waters Directive (76/160/ EEC) sets standards for faecal indicator organisms in waters at designated bathing beaches. Bathing beaches are designated on the basis of their recreational use and hence risk to the public of exposure to faecal indicator organisms. The Shellfish Waters Directive (2006/113/ EC) sets standards for faecal coliforms in shellfish in designated waters. Shellfish Waters are areas where water quality must be protected or improved to protect shellfish growth and contribute to assuring the quality of shellfish for human consumption. The European food hygiene legislation (primarily regulation ( EC) No. 854/2004 as amended for shellfish hygiene) sets standards in shellfish marketed for human consumption.

Bathing water quality is assessed by the presence of total and faecal coliforms and faecal streptococci. If swallowed in sufficient quantities by people in contact with water, faecal coliforms can cause stomach upsets and ear infections. These indicator organisms are analysed in 10 to 20 water samples collected at designated beaches over the course of each official bathing season (1 June to 15 September). The results are assessed against European standards to give an overall category of "guideline" pass, "mandatory" pass, or "fail" at the monitored beaches.

The Shellfish Waters Directive sets a guideline standard of < 300/100ml faecal coliforms in shellfish flesh in designated Shellfish Waters. The Directive specifies that samples are collected quarterly and that this value must not be exceeded in 75% of samples, for compliance.

How good is bathing water quality in Scotland? 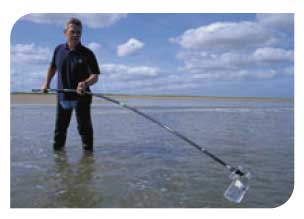 In 2009 56 percent of designated Shellfish Waters achieved the guideline standard for faecal coliforms in shellfish flesh. This is comparable with previous years however is not possible to determine trends in the quality of Shellfish Waters in Scotland as the number of designated sites changed from 20 in 1981 to 78 in 2009 and some of the original sites were de-designated as they no longer contained shellfisheries.

How do people know when it is safe to bathe or eat shellfish?

Signs posted at beaches provide daily forecasts of predicted water quality. Electronic signage was available at 11 beaches in Scotland during the 2009 bathing waters season. The guidance provided by the signs was shown to be accurate 98% of the time. Preparations are underway to expand this notification system.

Only shellfish which achieve Class A, either directly or following treatment are made available for human consumption to minimise the risk to public health. 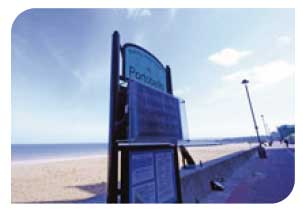 Faecal indicator organisms exist in human sewage and in traces of animal faeces which may be washed from farmland during periods of wet weather. Animal faeces from a single source may not seem important, but across a whole catchment these diffuse sources can have serious implications for nearby waters. Water quality is particularly at risk following heavy rainfall, as this washes potentially polluting material from land into surrounding watercourses.

It is very difficult to distinguish between human and animal sources of contamination. Recently DNA matching techniques for microbial source tracking ( MST) have been developed by specialist laboratories. MST can indicate whether the pollution in a particular sample has potentially arisen from human or animal sources. This information can then be used to manage the input at source either by improvements to sewage effluent treatment and storm overflows or by preventing animal faeces from entering water courses.

Improvements can be focussed on the main source of bacteria once it has been identified. Scottish Water is continuing to upgrade the sewerage network to improve compliance at beaches and Shellfish Waters affected by sewage discharges. River Basin Management Plans are being used to prevent contamination from animals entering water courses by fencing off water courses and spreading slurry in dry weather where diffuse inputs are a problem. 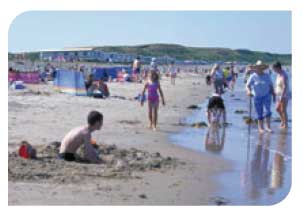 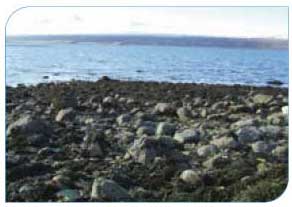