Protection of the marine environment is considered of the highest priority, as reflected by the general duty under the Marine (Scotland) Act 2010, 'to act in the way best calculated to further the achievement of sustainable development including the protection and, where appropriate, enhancement of the health ofthat area, so far as is consistent with the proper execution of that function'.

The Wildlife and Countryside Act 1981 as amended by the Nature Conservation (Scotland) Act 2004 provided the mechanism for the designation of Sites of Special Scientific Interest ( SSSI), but these powers only extend down to the limit of mean low water spring tide. At present there are 56 SSSI in Scotland which contain some intertidal and seal features of interest. In addition there are a number of other designations that apply to coastal areas, such as National Parks, National Nature Reserves and National Scenic Areas.

The Birds Directive provides member states with the responsibility to classify Special Protection Areas to protect birds which are rare, or vulnerable, in Europe as well as all migratory birds which are regular visitors. There are currently 58 SPA in Scotland with marine/coastal components, and of these, 31 of the seabird breeding colony SPA have recently had their boundaries extended by either 1.2 or 4.0km into the adjacent marine environment (marked with an * in the table below). At present there are no entirely marine SPA in Scotland although work is underway to identify areas important for inshore aggregations of non-breeding waterbirds and for offshore aggregations of seabirds. (see jncc website jncc/gov.uk/pdf/SPA_AOS_Maps%2020100304.pdf)

The SPAs listed in the table comprise:

2. Sites which support species which, at times, use maritime habitats.

3. Sites which include maritime habitats which are sometimes used by terrestrial species. 'Waterfowl' is used to include seaduck, waders and divers. 'Seabirds' is used to refer to the 24 species of seabirds listed in the Seabirds Section and Mitchell et al. (2004). 1

The Scottish Government is committed to establishing a well managed, ecologically coherent network of Marine Protected Areas through OSPAR for a number of marine habitats and species considered to be under threat or in decline, as well as others that are representative of Scotland's marine environment.

Scotland has international commitments to establish an ecologically coherent network of Marine Protected Areas ( MPAs) by the end of 2012. Existing protected areas ( SACs, SPAs, SSSIs and Ramsar sites) will make a significant contribution to the network but are limited in their ability to recognise features of national importance in the marine environment. There is considerable overlap between the OSPAR list of threatened and/or declining species and the list of Marine Protected Area search features which have been identified to help underpin the development of the MPA network in Scotland's seas.

The Marine (Scotland) Act 2010 and the UK Marine and Coastal Access Act 2009 both include powers to designate Marine Protected Areas ( MPAs) in the seas around Scotland to enable the network to be completed.

Under the Marine (Scotland) Act 2010 there are three different types of MPAs that can be designated in territorial waters:

Following the Ministerial Statement on MPAs in March 2010, the Scottish MPA Project was established with the aim of providing advice to Scottish Ministers on the selection of MPAs and development of the MPA network. Identification of MPAs will be carried out by the end of 2012. The Scottish MPA Selection Guidelines set out the selection process and highlight the opportunities for stakeholders to become involved. There will be one network in the seas around Scotland which will contribute towards UK, North-East Atlantic and global networks.

See the Selection Guidelines at www.scotland.gov.uk/marinescotland/mpaguidelines

The Habitats Directive is a major contribution by the European Community to implementing the Biodiversity Convention agreed in Rio in 1992. Special Areas of Conservation ( SACs) are designated for particular habitats and species which are listed in annexes to the directive. There are eight habitat types and four species listed on Annexes I and II respectively for which there are marine SACs designated in Scotland. Some sites contain more than one feature. There are currently 34 marine SACs covering ~4% of the total area of territorial waters within 12nm. There are also six offshore SACs that have either been designated or proposed. 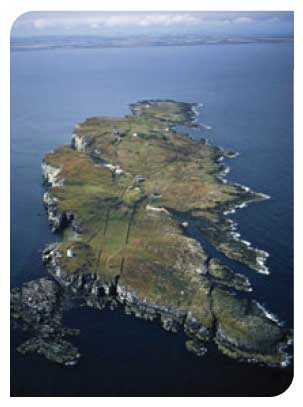 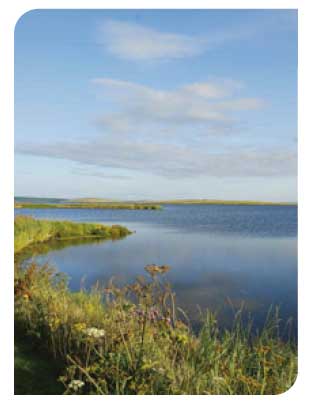 * There are further SACs identified for otters but these are entirely terrestrial and freshwater sites and have no marine component.