SEPA is required to ensure that the amount of radiation that an individual is exposed to from the authorised disposal of radioactive waste does not exceed 1 millisievert per year (mSv - a measurement of dose). SEPA's environmental monitoring programme allows a retrospective assessment to be undertaken to ensure that the conditions and discharge limits in an operator's licence continue to provide the required protection of the public.

Monitoring the impact of authorised discharges

SEPA undertakes a comprehensive monitoring programme for environmental radioactivity across Scotland to assess the impacts of authorised discharges of radioactive waste. The programme is designed to provide the data required to undertake a retrospective assessment of the dose to the most exposed member(s) of the public. This individual(s) is termed the representative person and is defined as somebody who, because of their consumption and activity habits, is likely to be more exposed to radioactivity than other individuals or groups of people.

SEPA arranges for samples and measurements to be taken from around Scotland every year, to assess the radiation dose to the public. The programme focuses on areas where concentrations of man-made radioactivity might be higher, paying special attention to the areas around the following nuclear sites:

The monitoring programme consists of the sampling and analysis of seawater, sediments, seaweed, fish and shellfish. Radioactivity in sediments and seawater is used as an indicator whereas other samples are used in the assessment of exposure via consumption.

Radiation exposures in the UK due to radioactive waste discharges, 2009

Monitoring is also carried out along the Dumfries and Galloway coastline and in the Solway Firth, to assess the effects of radioactive waste discharges from Sellafield into the Irish Sea.

In addition surveys are undertaken at each of these sites every five years to identify the food consumption habits, time spent in the area and lifestyles to assess people's exposure. 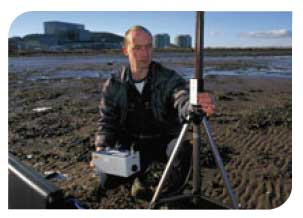 The results show that the dose to the most exposed members of the public in Scotland is well below the public dose limit. The people most affected in terms of exposure to radiation from waste discharges in Scotland were those on the Dumfries and Galloway coast who consumed large quantities of seafood. Data collected over the period from 2004 to 2008 shows no trends in dose. (3)

The results of the marine and terrestrial monitoring programmes are reported annually, together with an assessment of the impact of the discharges to the most exposed groups, in the Radioactivity in Food and the Environment ( RIFE) reports. (4)

Discharges from Dounreay are routinely monitored and the results for the period 2004-2008 are shown on the map. In addition fragments of irradiated fuel have been found in the marine environment. The Dounreay Particles Advisory Group was established by SEPA and the UKAEA (now Dounreay Site Restoration Limited) in 2000. This group provided scientific and technical advice on monitoring and research programmes in relation to the fragments of irradiated nuclear fuel in the vicinity of the Dounreay nuclear licensed site. DPAG was reviewed in 2009 and was replaced by the Particles Retrieval Advisory Group (Dounreay). The Particle Retrieval Advisory Group's role is to provide advice on monitoring and retrieval of radioactive fragments on beaches and the offshore environment. Fragments are retrieved from the seabed offshore from Dounreay and local beaches. During 2009 115 fragments were retrieved from the seabed and 45 from local beaches. The presence of fragments on the seabed has resulted in a ban on fishing in the area. The risk to the public of exposure to particles on local beaches is reviewed each time a particle is identified. No particle has resulted in the closure of a local beach however access to the Dounreay foreshore is limited. 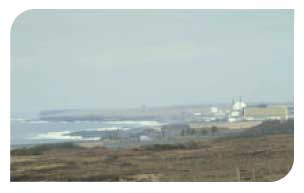 Monitoring sites and radioactivity at Dounreay

The OSPAR Radioactive Substances Strategy was agreed by Ministers in 1998. Its strategic objective is to prevent pollution of the OSPAR maritime area (North-East Atlantic Ocean) from ionising radiation. The ultimate aim of the Strategy is to reduce discharges of radioactive substances to such a degree that environmental radioactivity concentrations in the marine environment above historic levels are near background concentrations for naturally-occurring radioactive substances and close to zero for man-made substances. The OSPAR Strategy is implemented through the UK Strategy for Radioactive Discharges 2009, which provides a strategic framework for reducing discharges from the nuclear industry. 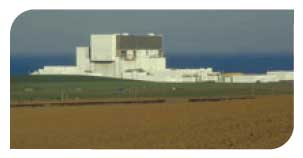 Dalgety Bay is a site of a former Ministry of Defence (MoD) airfield ( HMS Donibristle & HMS Merlin). Donibristle was used as a military airfield between 1917 and 1959. Throughout this time it played a role as an aircraft repair, re-fitting and salvage yard. Since 1990 radium contaminated items, in the form of lumps and discrete fragments, have been detected at Dalgety Bay in Fife. It is suspected that the contamination is related to waste materials from the base. Historically these fragments have been monitored and removed periodically. The site is currently being assessed against the requirements of the Radioactive Contaminated Land (Scotland) Regulations 2007 and associated guidance.