Marine biotoxins are a group of natural substances produced by microscopic marine algae (phytoplankton, including diatoms and dinoflagellates). Biotoxins can accumulate in fish or shellfish as they feed on these algae. The biotoxins are a risk to human and animal health if these shellfish are consumed.

The cultivation, harvesting and sale of bivalve molluscs are important to the Scottish economy, with particular significance to the sustainable development of rural areas of the west coast and islands. Marine phytoplankton is the food source for these filter-feeding organisms.

The Food Standards Agency in Scotland ( FSAS) is required, under Regulation ( EC) No. 854/2004 to monitor shellfish harvesting areas around Scotland for the presence of toxins in shellfish and the occurrence of biotoxin producing phytoplankton. Fisheries are closed when necessary in order to prevent consumption of contaminated shellfish.

Biotoxins are monitored at sites classified for the production of shellfish. In 2009 there were 260 classified shellfish sites around Scotland, with shellfish routinely sampled from around 115 of these for the presence of the three groups of toxins. Samples are collected from Representative Monitoring Points within a group or 'pod' of classified shellfish sites. Shellfish sites within each 'pod' are considered to be similar hydrographically and environmentally. The Representative Monitoring Point is considered to be the point most likely to be representative or indicative of any toxicity in the area. Representative Monitoring Points are primarily selected on a geographical basis, and according to the history of toxic events in the area, although the shellfish species harvested at the site and ease of access are also taken into account. Sampling frequency for each of the three groups of toxins is based on a risk assessment, according to seasonal risk and harvesting activity.

The detection, at the Representative Monitoring Point, of any of the three biotoxin groups at levels which exceed EU regulatory limits, leads to the closure of all classified shellfish sites within the pod. Toxin-producing phytoplankton are also routinely monitored at 36 sites (mostly Representative Monitoring Points) around the coast, with the majority concentrated in the major shellfish producing regions of Argyll and Shetland. Enumeration of phytoplankton species can be used as an 'early warning' of the possible occurrence of shellfish biotoxin events. To facilitate this, threshold concentrations, or trigger levels, of the main genera of phytoplankton have been determined by comparing phytoplankton counts with the presence of biotoxins in shellfish. While Paralytic Shellfish Poisoning, Amnesic Shellfish Poisoning, and Diarrhetic Shellfish Poisoning are of greatest concern, other toxins produced by phytoplankton and the trigger levels for the key toxin producing genera are used to predict shellfish biotoxin event. In addition, the monitoring programme will report unusually large occurrences of any of the other harmful species detailed on the governmental Oceanographic Commission ( IOC) taxonomic reference list of toxic phytoplankton http://www.bi.ku.dk/ioc/.

* The toxicity of P. minimum and the production of hepatoxin are currently under scientific debate.
# The causative organism of azaspiracid toxins has recently been identified as the small dinoflagellate Azadinium spinosum, with the heterotroph P. crassipes/curtipes being a vector for these toxins if it ingests A. spinosum, along with other heterotrophic phyto and micro zooplankton.

Between March and October, Amnesic Shellfish Poisoning was detected in samples from 38 separate sites ranging from 1 µg/g to 13 µg/g. All of these were below the maximum permitted level of 20 µg/g. These samples originated from sites predominately on the West Coast, Western Isles and Shetlands. The results for these Representative Monitoring Points coincided with areas at which the largest bloom densities of Pseudo-nitzschia were detected.

During 2009, 100 samples from 30 Representative Monitoring Points recorded positive results for Diarrhetic Shellfish Poisoning toxins. January, March and October to December were the only months with no positive results. The samples originated predominately from the West Coast, Western Isles and Shetlands. Again, these results coincided with the areas at which the largest bloom densities of Dinophysis were detected.

Detection of biotoxin producing phytoplankton in Scottish waters during 2009

During 2009, a total of 1,031 phytoplankton samples were screened for biotoxin producing phytoplankton. Of these, approximately 12%, 29% and 15% exceeded the regulatory threshold for the three major toxic genera Pseudo-nitzschia, Alexandrium and Dinophysis, respectively. The largest bloom density at each sampling location is depicted in the maps. 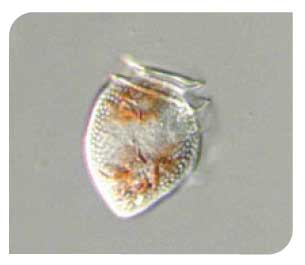 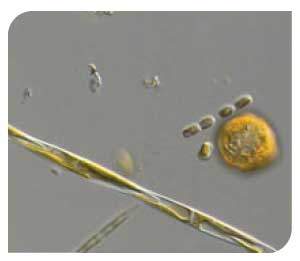 What do the results indicate?

Levels of Dinophysis species detected at phytoplankton monitoring points during 2009

Levels of Alexandrium species detected at phytoplankton monitoring points during 2009