Rocky intertidal represents around 48% of the total Scottish coast. This includes habitats of bedrock, boulders and cobbles and is affected by numerous physical variables including wave exposure, salinity, temperature and tides. Wave exposure is most commonly used to characterise intertidal rocky communities. This ranges from extremely exposed as found on some of the remote islands such as Rockall and St Kilda and the Atlantic facing coasts of the Western and Northern Isles as well as parts of the mainland, to extremely sheltered, typical of the upper reaches of many of the west coast sea lochs and Shetland voes. Large stretches of the west coast and Northern Isles are predominantly rocky whereas on the east coast it is much more patchy and interspersed by large stretches of sandy and muddy coastline.

On many rocky shores there is a distinct vertical zonation pattern caused by a small number of dominant species of algae and encrusting animals that cover broad bands determined by their tolerance to the length of time they are exposed at low tide. This distinct zonation pattern is most striking on the steeply sloping rocky coasts whereas on the more gently sloping bedrock and boulder areas the picture is much more complex.

The upper regions of many rocky shores are relatively species poor, especially on the more exposed coasts, but towards the bottom of the shore, which is only occasionally exposed on the largest spring tides, the species richness can be very high. Where there are tidal rockpools, however, these can result in increased species richness even at high shore levels.

Some rocky shores are popular places for winkle collecting and the harvesting of some edible seaweeds as well as bait collecting. They are also important resting and foraging places for many animals such as harbour and grey seals, otters and various wading birds including oystercatchers, curlews and turnstones.

The various animals and plants that are found on rocky shores are especially adapted to survive the considerable stresses imposed by the regular immersion and emersion in sea water and the associated dramatic fluctuations in temperature and salinity caused by exposure to the sun and rain at low tide. There are a number of species that are at the geographical limits of their distribution both in terms of northern species at their southern extreme (e.g. tortoiseshell limpet Tectura testudinalis) and southern species at their northern extreme (e.g. topshell Gibbula umbilicalis). With climate change and increasing sea temperatures, changes in rainfall patterns etc., these species are likely to face increased pressures and their distributions could change. This may be further exacerbated by the introduction of invasive non-native species (that may or may not be a consequence of climate change) such as wireweed ( Sargassum muticum) which could overgrow native species (see Non-natives section).

Ascophyllum nodosum (eggwrack) is a large brown seaweed that is widespread, occurring in great abundance in the mid shore of semi-exposed and sheltered beaches, typically attached to bedrock and boulders. Ascophyllum nodosum ecad mackayi (crofter's wig) is a detached form and only found in very sheltered conditions such as the upper reaches of many sea lochs and near land-locked bays. Individual plants rarely exceed 60cm in diameter and are either found as small clumps on the upper shore ('turf' form) or as dense beds ('beach' form) in the mid shore. In these circumstances the entire bed is lifted off the rock as the tide advances and then settles again as it recedes. The complex three-dimensional structure provides a humid habitat for shrimps, crabs, snails, mussels, barnacles and worms. This can only happen in places where there is minimal wave and current action, otherwise the plants would be washed away. Scottish sea lochs on the west coast and Western Isles and Brindister Voe in Shetland support most the the UK's and the world's population of Ascophyllum nodosum ecad mackayi making Scotland of global importance for this species.

It is sensitive to coastal development and is still collected on a small scale for packing shellfish. 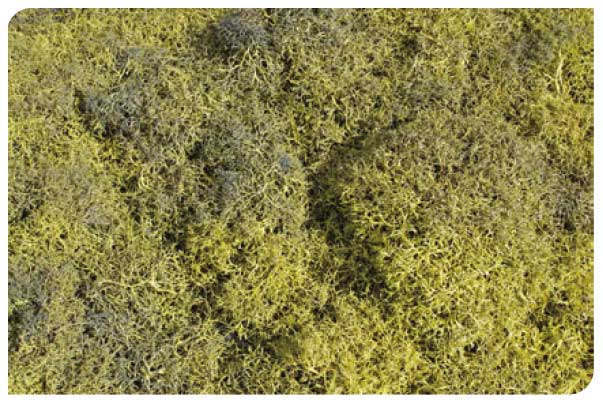