Canada is a highly developed mixed economy with a stable political environment and a good record of economic growth. Canada’s government has a federal structure, which means that business activities and taxation are regulated at a federal, provincial and local level.

Canada has strong links with Scotland with and a well-defined Scottish diaspora. According to the 2006 census, 4.7 million Canadians reported themselves to have Scottish origin, from a total population of just over 36 million.

Like Scotland and the UK, Canada is considered to have one of the most transparent legislatures in the world. 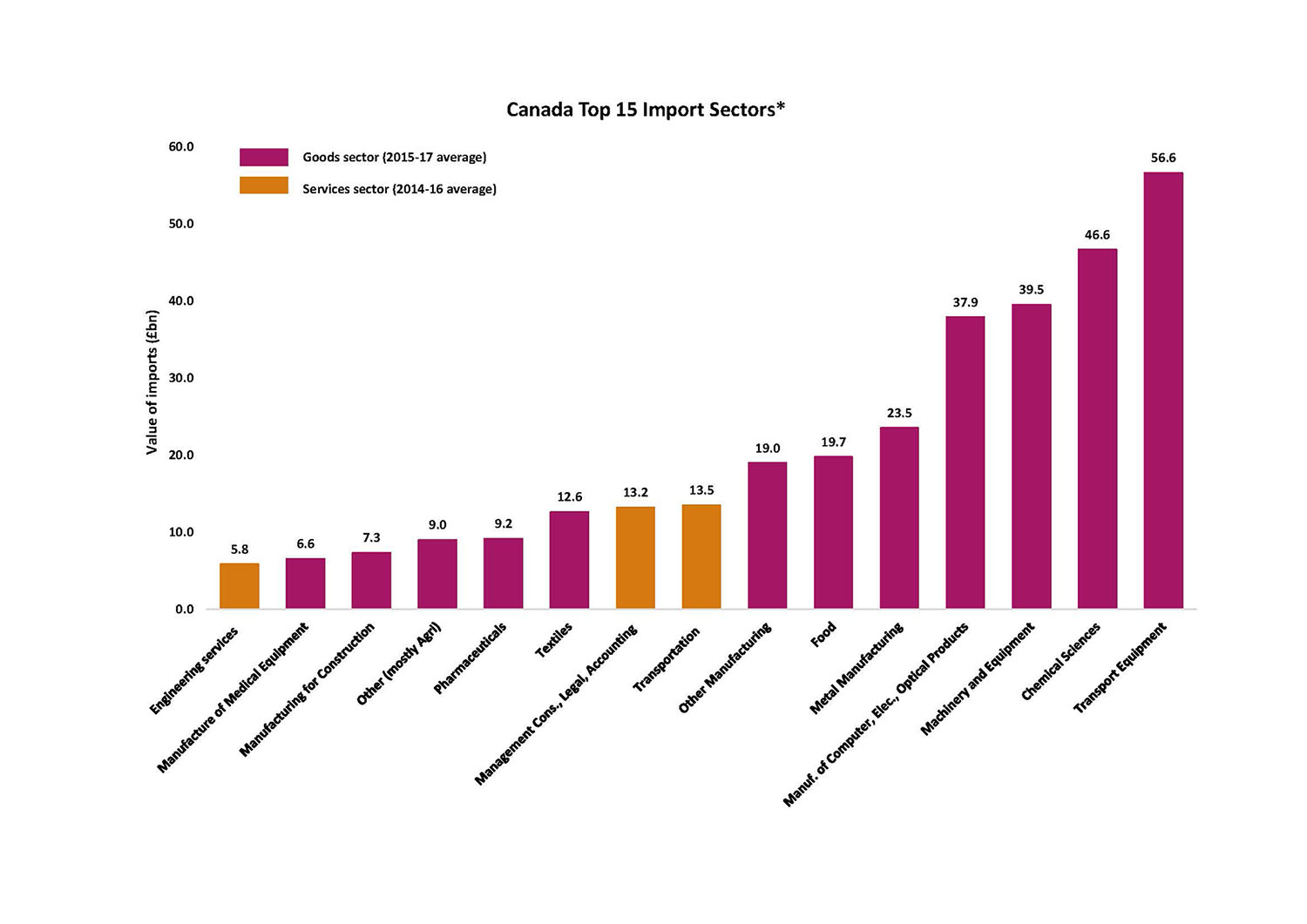 ** sector export value suppressed due to being less than £50 million.

Canada is a highly developed economy which was ranked as the 10th largest in the world by GDP by the IMF (2018).

Canada is a member of the World Trade Organization (WTO) and other international bodies.

Canada and the EU are signatories to CETA – an economic and free trade agreement between Canada and member states of the EU that has eliminated a significant number of tariffs between the two.

Strengths of the Canadian market include:

Canada ranks 22nd out of 190 countries in the World Bank rankings for ease of doing business in 2018.

Benefits for Scottish businesses exporting to Canada include:

What Scotland exports to Canada

Canada is Scotland’s 18th largest export market with £580 million worth of exports in 2017, representing 1.8% of Scottish exports. (Export Statistics Scotland)

The top 5 Scottish export sectors to Canada are:

Priority sectors in Canada for economic development include:

When compared to the export performance of comparator countries (Norway, Finland, Ireland and Denmark), Canada presents potential export opportunities in the following subsectors: 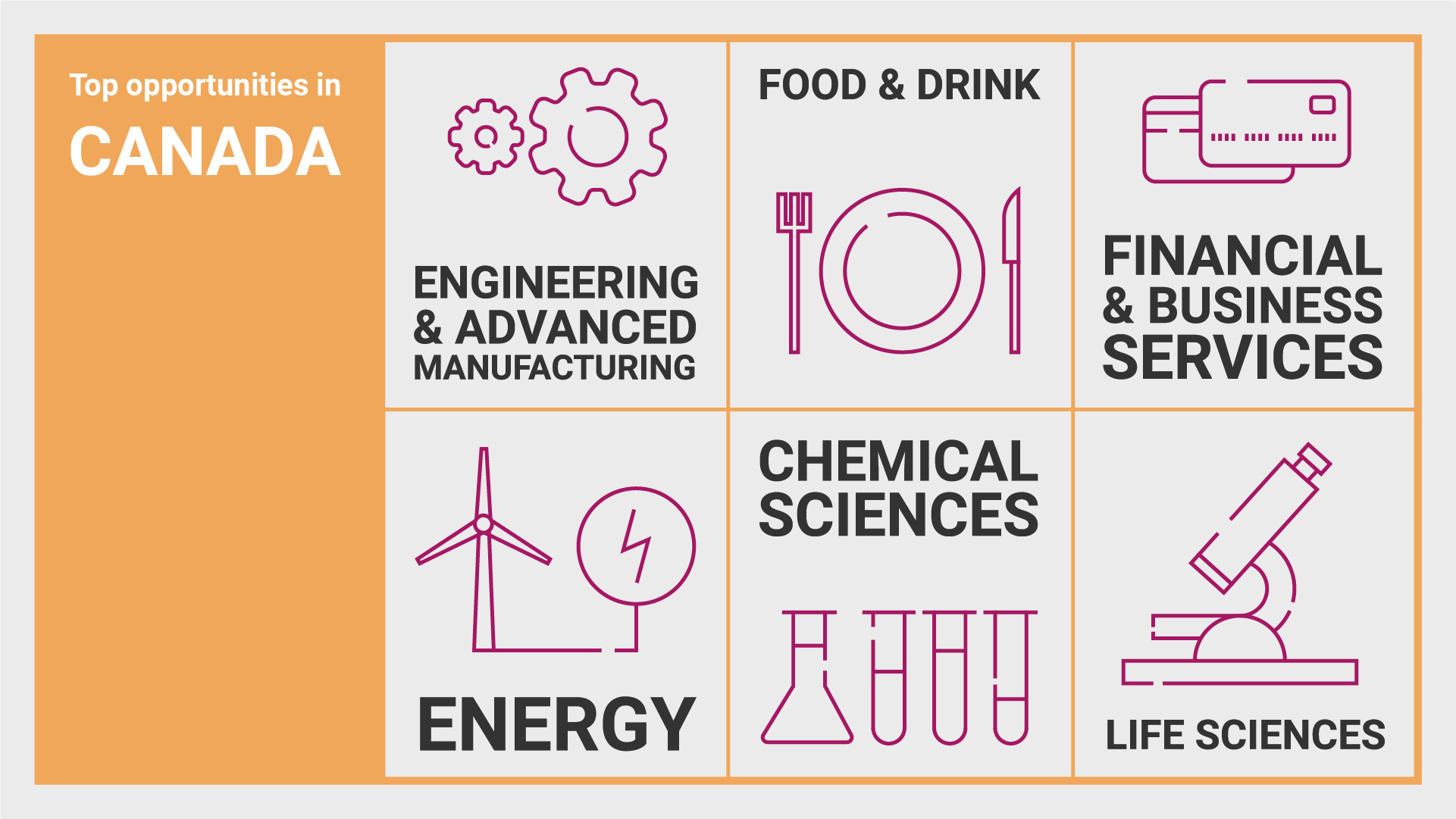 Scottish Development International has bases in both in Calgary and Toronto (co-located with Scottish Government) with 2 members of staff focused on the consumer industries and science and technology sectors.

There are currently 21 GlobalScots in Canada covering the energy, financial services and tech sectors. Canada is a priority country for expansion of the GlobalScot network.

Contact the Department for International Trade (DIT) team in Canada for more information and advice on opportunities for doing business in Canada.

The Scottish Aquaculture Innovation Centre (SAIC) has provided grant funding of £90,460 towards a £232k three year project, working with Dalhousie University in Nova Scotia, Canada, Cooke Aquaculture Scotland, and researchers from the Scottish Association for Marine Science (SAMS) to understand the effects of salmon farming on the seabed in high-energy waters.

The University of Edinburgh has signed a Memorandum of Understanding with the University of Regina, Saskatchewan, Canada,which establishes up to three MSc scholarships each year, with funding support from SaskPower. This collaboration is paving the way for strategic international research into Carbon Capture and Storage.