Switzerland is one of the most developed countries in the world, with the highest nominal wealth per adult and the eighth-highest per capita gross domestic product according to the IMF.

Switzerland ranks at, or near the top globally in several metrics of national performance, including government transparency, civil liberties, quality of life, economic competitiveness and human development.

Zürich, Geneva and Basel have all been ranked among the top ten cities in the world in terms of quality of life, with the first ranked second globally, according to Mercer in 2018. 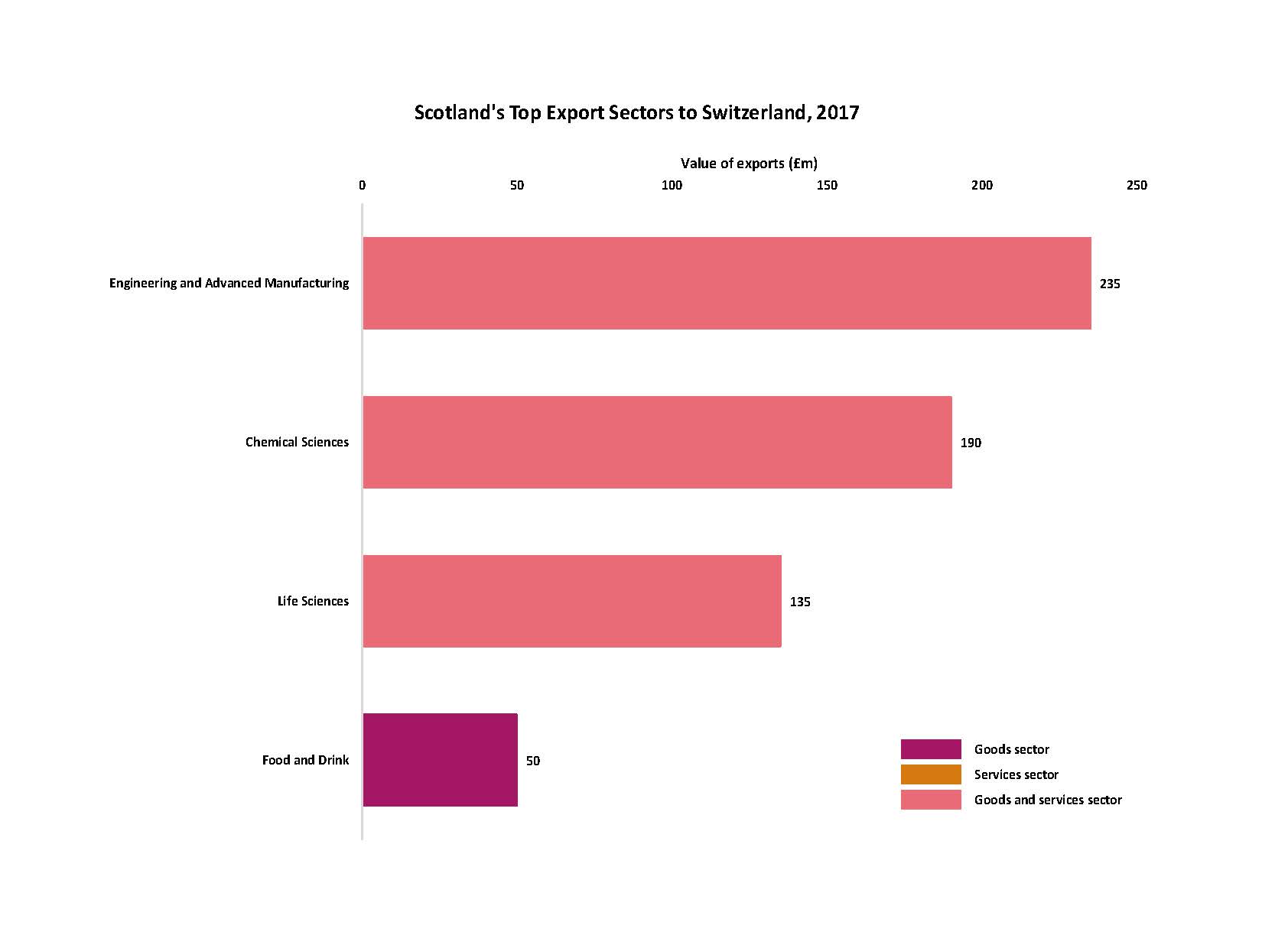 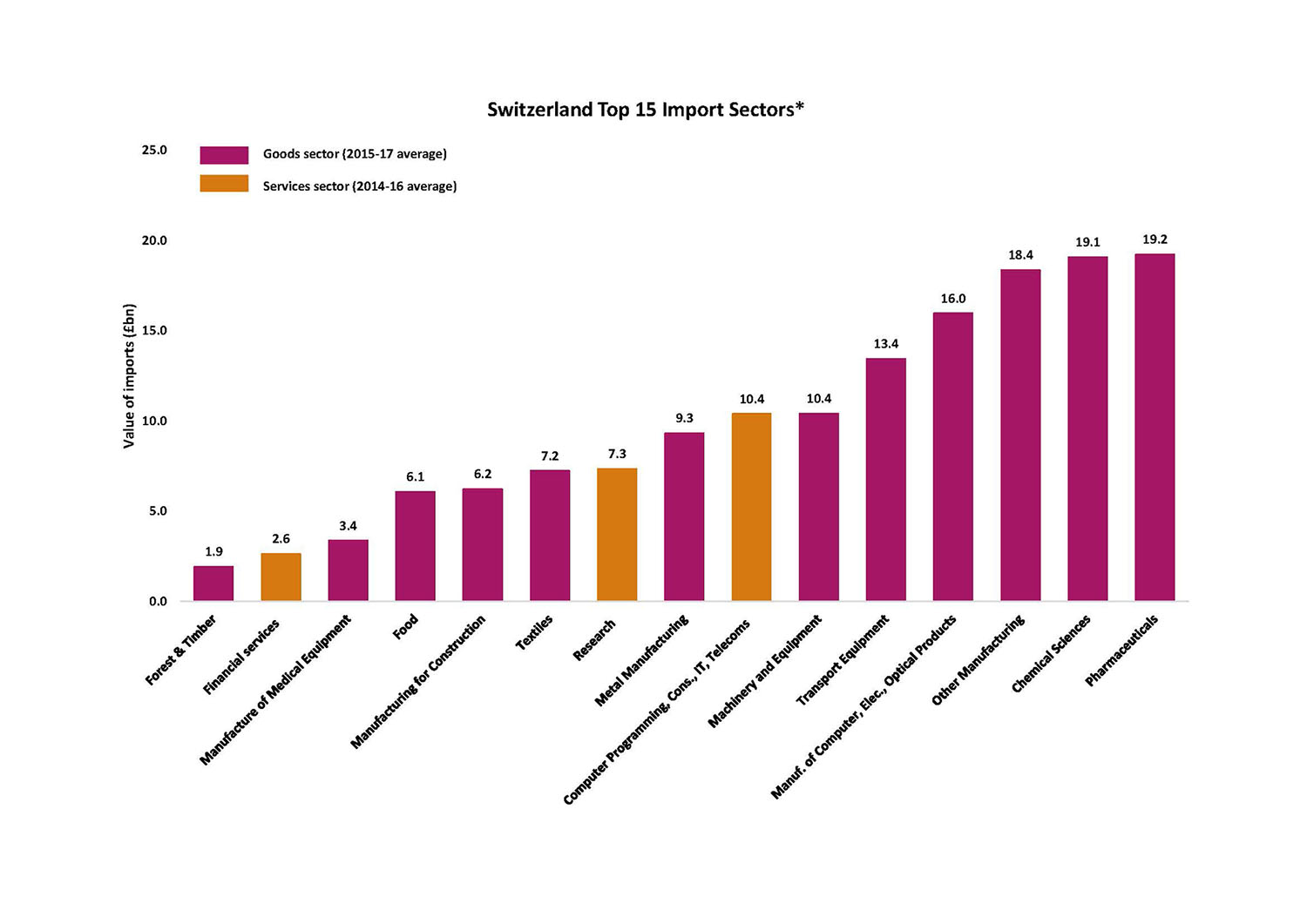 Switzerland is a diverse and mature economy.

Switzerland consists of 26 cantons and the city of Bern is the seat of the federal authorities. The Federal Government of Switzerland legislates in areas such as trade and commerce, banking, foreign affairs, defence and taxation. Other areas of legislation are dealt with by individual cantons.

Protectionist measures remain in some areas such as agriculture and recruitment services. The Swiss Federal Customs Administration has information on the importation of banned and restricted goods.

The Department for International Trade’s guide to doing business in Switzerland can be found here.

Strengths of the Swiss market

Switzerland ranks 38th out of 190 countries in the World Bank rankings for ease of doing business in 2018.

Benefits for Scottish businesses exporting to Switzerland include:

What Scotland exports to Switzerland

The top 5 Scottish export sectors to Switzerland are:

Priority Sectors in Switzerland for economic development include:

When compared to the export performance of comparator countries (Norway, Finland, Ireland and Denmark), the Swiss market presents potential export opportunities in the following subsectors: 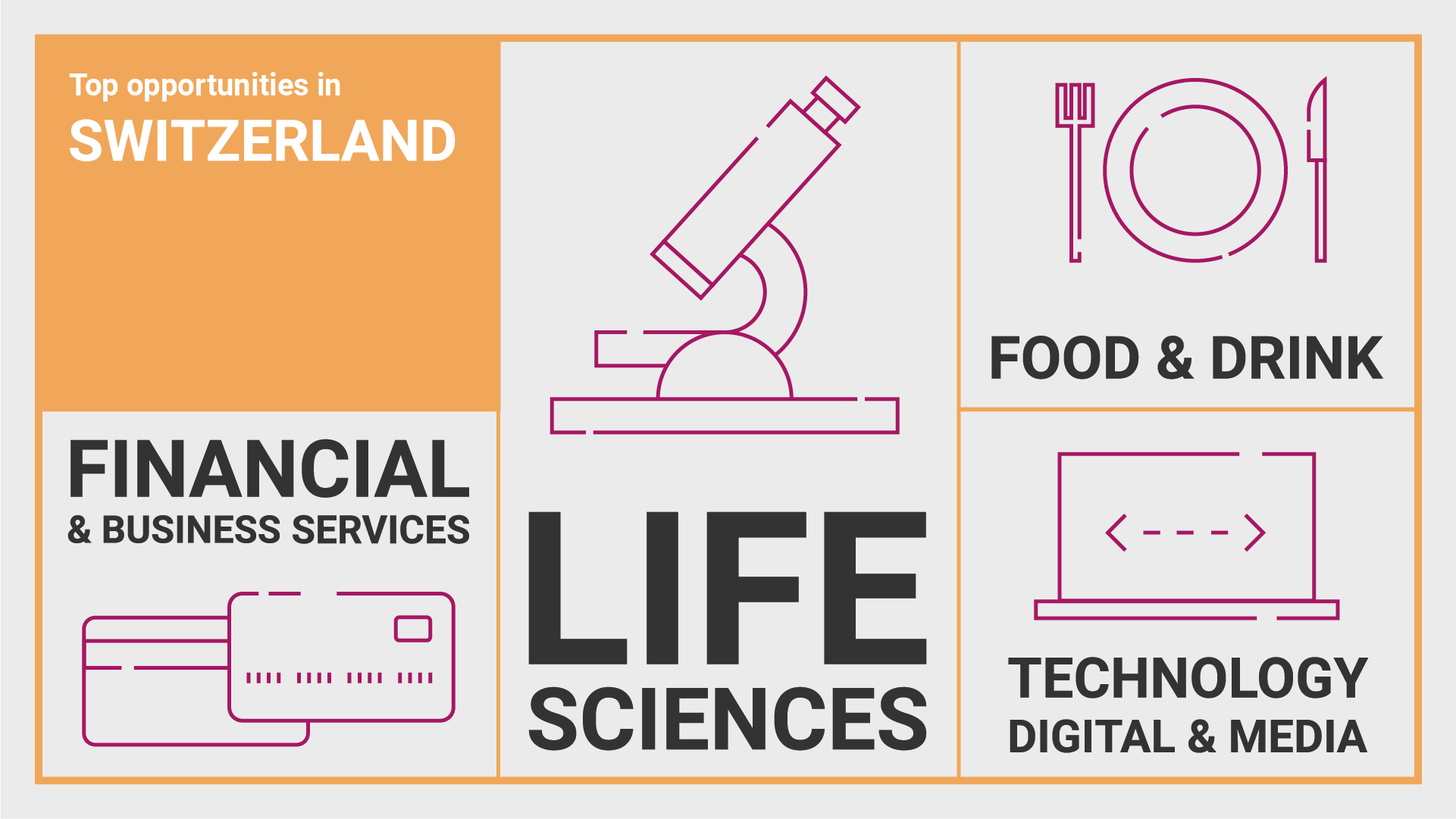 What support is there for Scottish businesses in-market?

Scottish Development Internationalhas an office in Bern with 1 member of staff focused on the science and technology sector.

There are currently 17 GlobalScots in Switzerland covering the financial services, life sciences and technology sectors. Switzerland is a priority country for expansion of the GlobalScot network.

Contact the Department for International Trade team in Switzerlandfor more information and advice on opportunities for doing business in Switzerland.

More than 90 years after it was founded, the British-Swiss Chamber of Commerce(BSCC) today counts more than 650 members among its independent not-for-profit ranks.

It champions business relations between Switzerland, Liechtenstein and Britain and provides a platform for businesses to connect and network. The BSCC is active in Basel, Bern, Central Switzerland, Geneva, Liechtenstein, London, Ticino and Zurich and has teams specializing in public affairs, as well as legal and tax issues. The group also creates various publications given free to members and provides a business support service.

Switzerland is the top associated country that Scotland collaborates with in the Horizon 2020 programme.

The Greater Glasgow Health Board are currently working with the University of Basel on the Autism Innovative Medicine Studiestrials project. The study will be looking at biological markers to help identify who may benefit from particular treatments and is funded by Horizon 2020and due to run until 2023.