The Netherlands is a small but very densely populated country with a population of 17.1 million (2017). It is the world’s second-largest exporter of food and agricultural products (after the United States), owing to its fertile soil, mild climate, and intensive agriculture.

The port of Rotterdam makes the Netherlands a major hub for international freight. 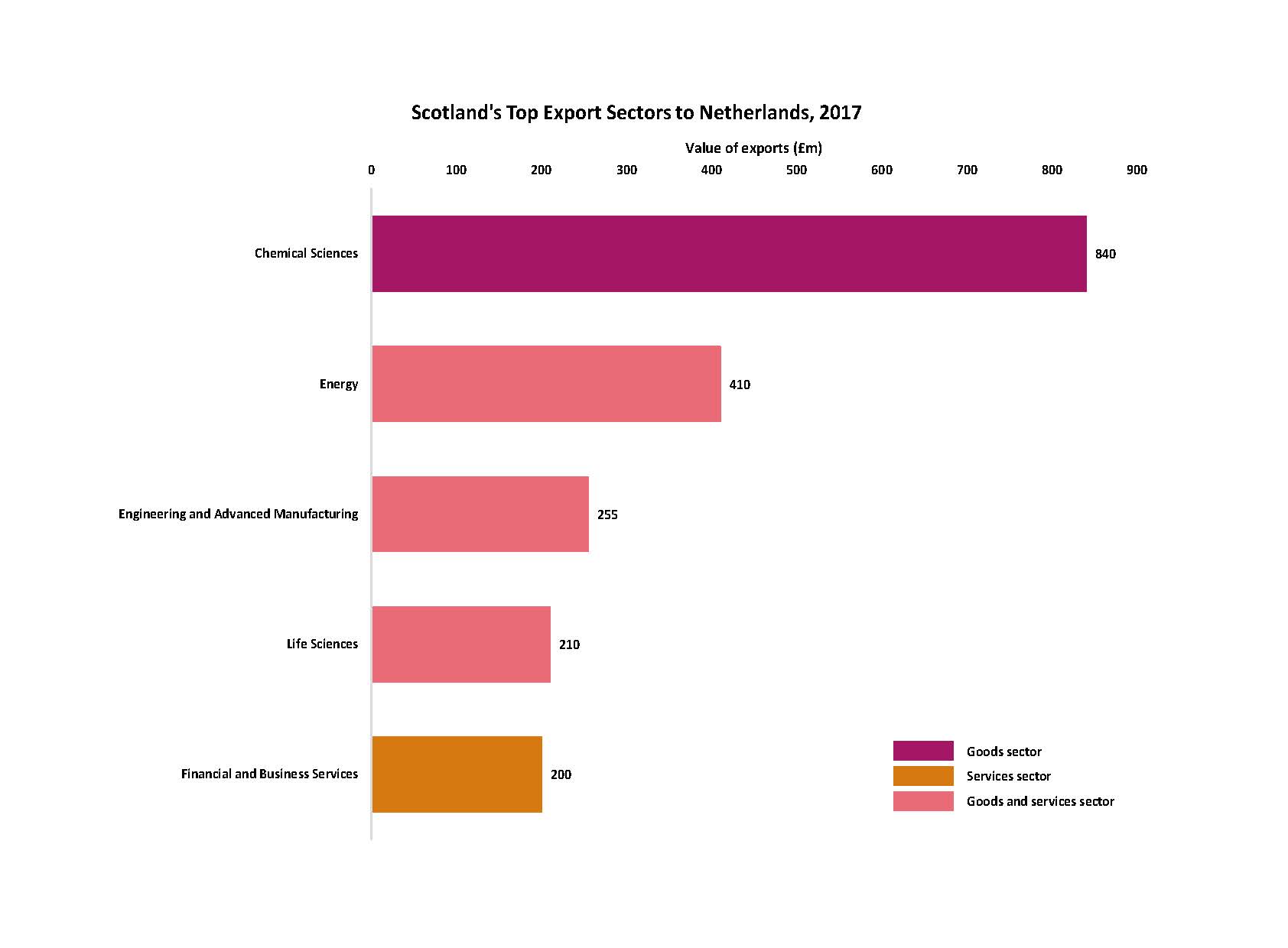 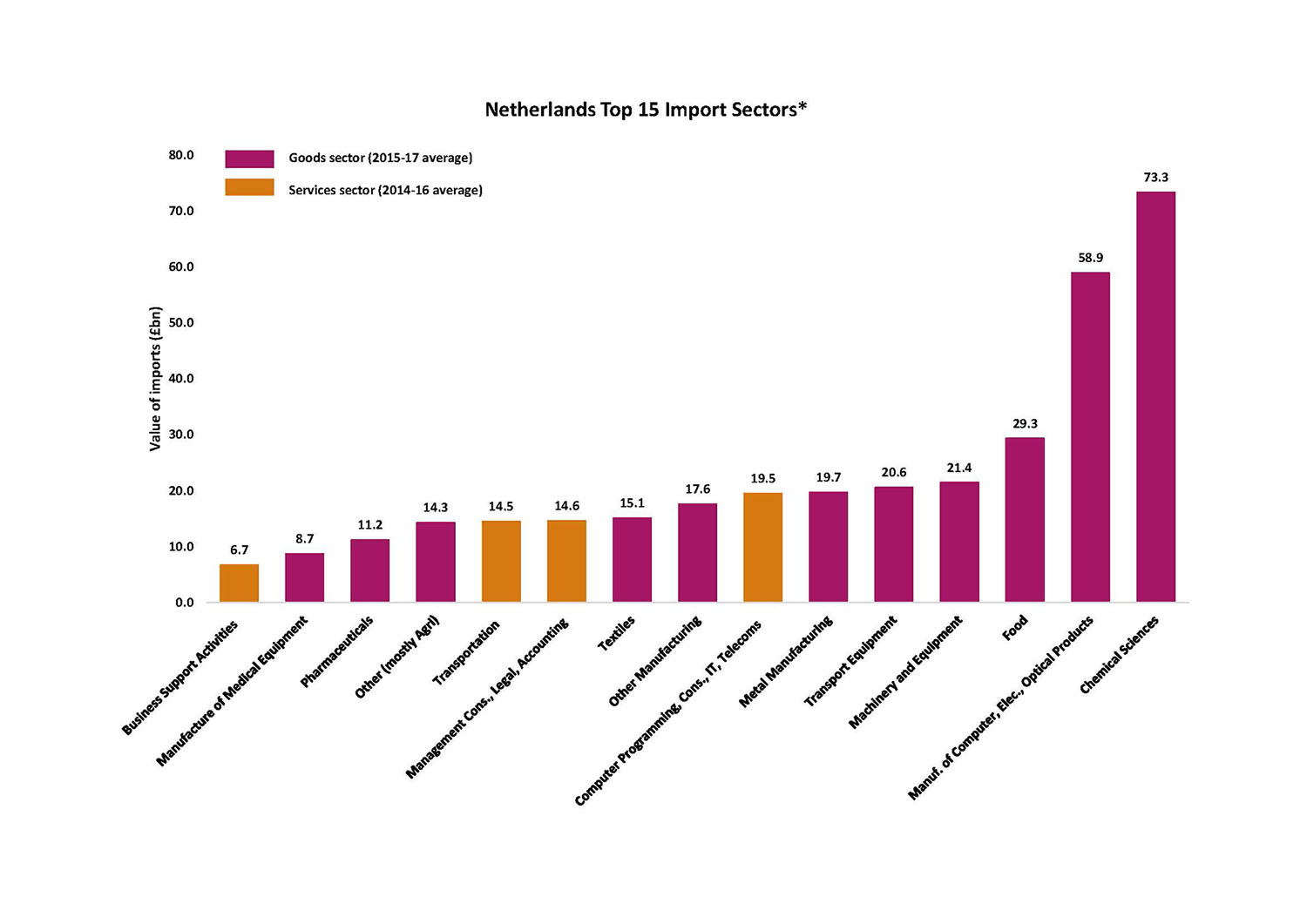 Despite being a small country, the Dutch economy is prosperous. The Netherlands economy, as measured by Gross Domestic Product (GDP), is the 18th largest in the world and the sixth largest in the European Union.

The Netherlands is a member of the European Union (EU), the World Trade Organization (WTO) and other international bodies. Goods manufactured in Scotland are exempt from import duties.

The Department for International Trade’s guide for doing business in the Netherlands can be found here.

Strengths of the Dutch market include

The Dutch approach to business is similar to Scotland’s so doing business there should not present major challenges. However, the Dutch market is very open and highly competitive. Businesses should be well prepared in order to beat the competition from both domestic and international companies.

The Netherlands ranks 36th out of 190 countries in the World Bank rankings for ease of doing business.

Benefits for Scottish businesses exporting to the Netherlands

What Scotland exports to Netherlands

The Netherlands is Scotland’s second biggest export market. Exports were worth £2.5 billion in 2017. This represents 7.6% of Scotland’s total international exports. (Export Statistics Scotland).

The top 5 Scottish export sectors to the Netherlands:

When compared to the export performance of similar countries (Norway, Finland, Ireland and Denmark), the Netherlands market presents potential export growth opportunities in the following subsectors: • Machinery and Equipment

Priority sectors in the Netherlands for economic development 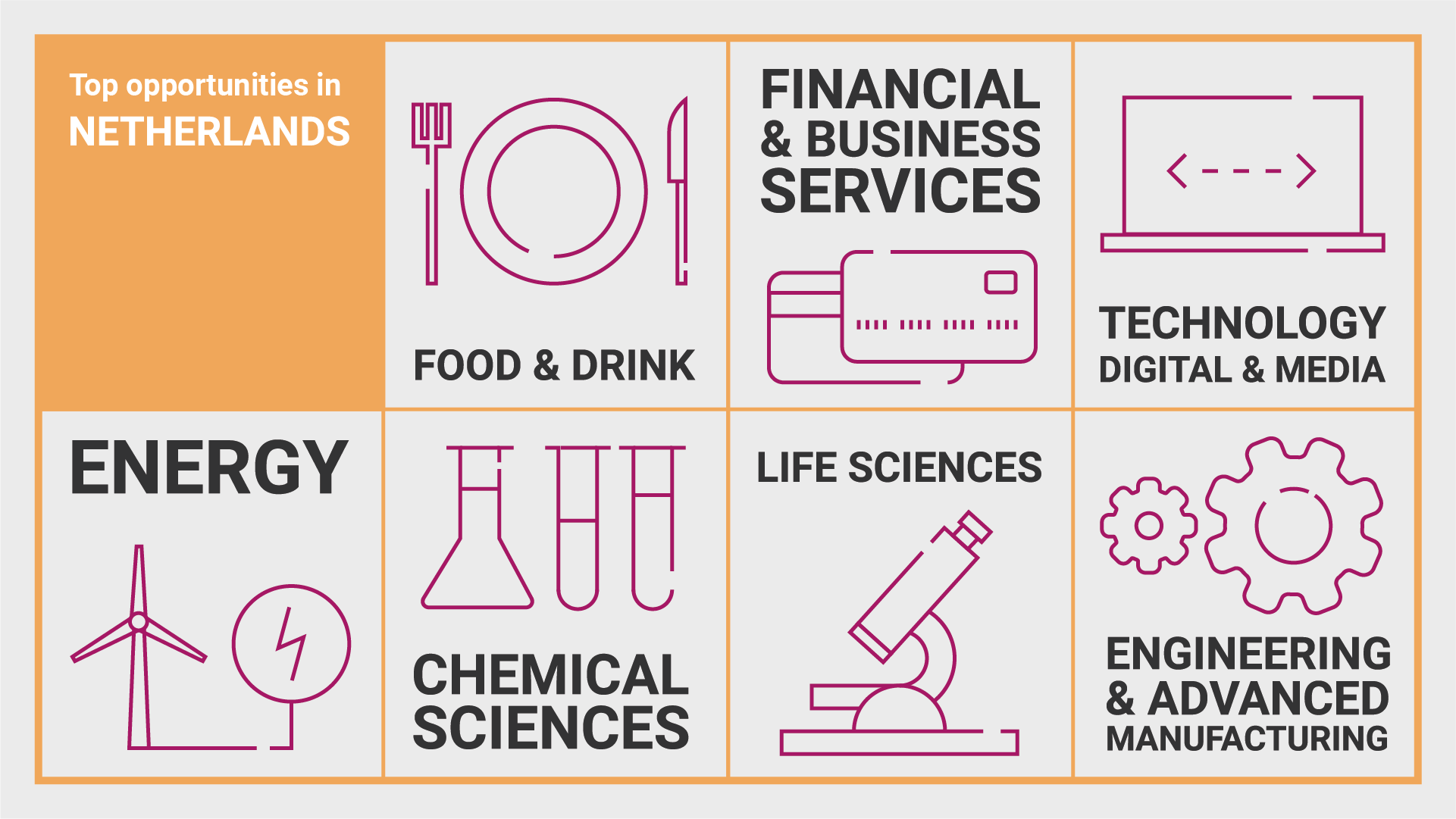 Existing in-market support for Scottish businesses in the Netherlands

Scottish Development International  offers support from neighbouring Belgium for the BeNeLux countries. There is one member of staff supporting trade focusing on the consumer industries sector.

There are 4 GlobalScots in the Netherlands working in the energy and financial & business services sectors.

Contact the Department for International Trade team in The Netherlands for more information and advice on opportunities for doing business in the Netherlands.

The Netherlands Britain Chamber of Commerce can provide members with advice and introductions in the Netherlands market through their offices based in London and The Hague.

Strathclyde University has established a Dutch Foundation (Stichting) to support collaboration with European partners in the future. The main partner is TU Delft and the focus is on European Regional Policy.

University of Amsterdamand the University of Edinburgh signed a Memorandum of Agreement in 2018, committing funding to support student and staff collaboration and activity in key focus areas such as artificial intelligence and law, logic, cognition and ageing, energy and sustainability.