Sweden is a world leader in investment in research and development – spending 3% of GDP annually. 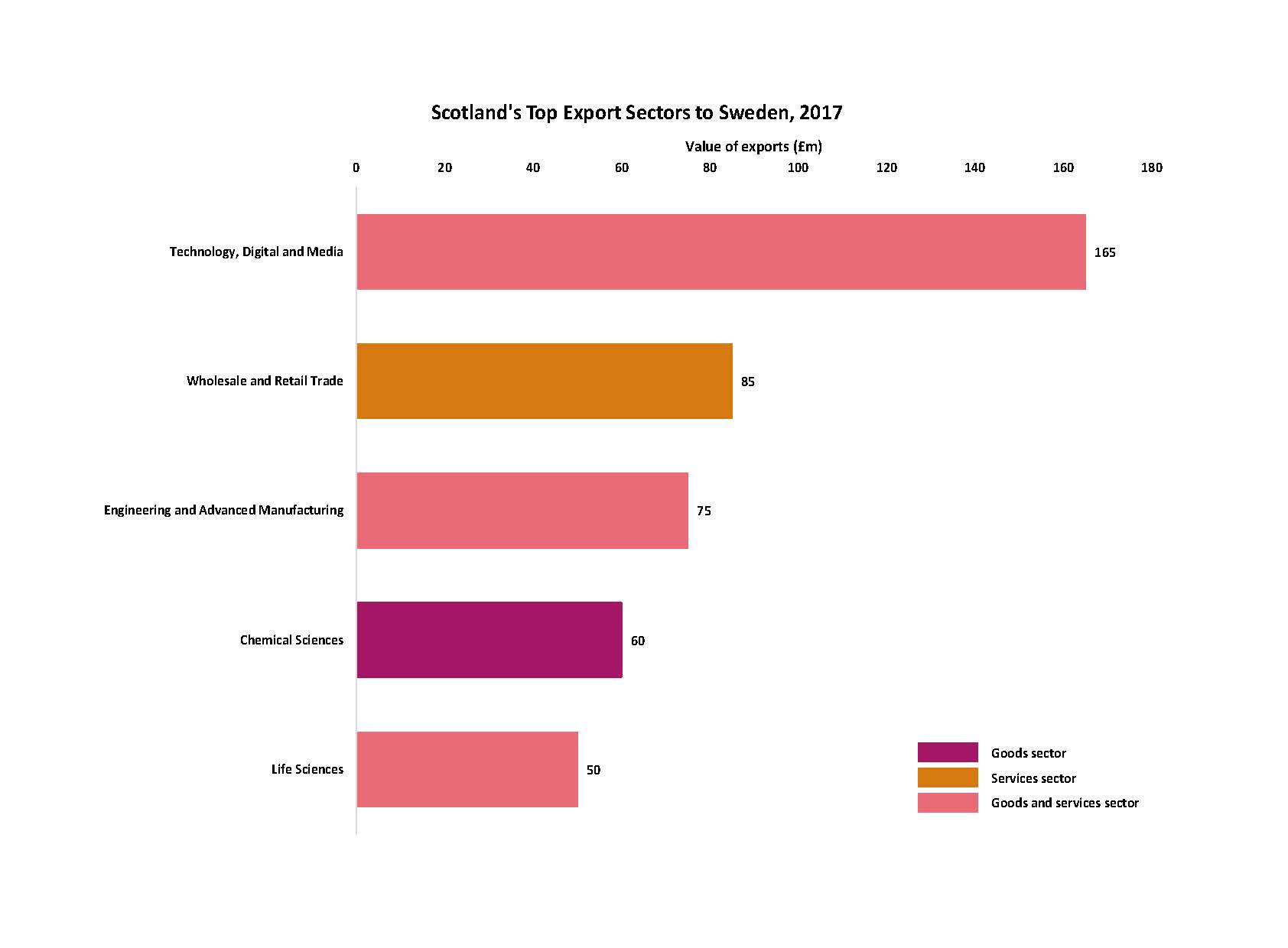 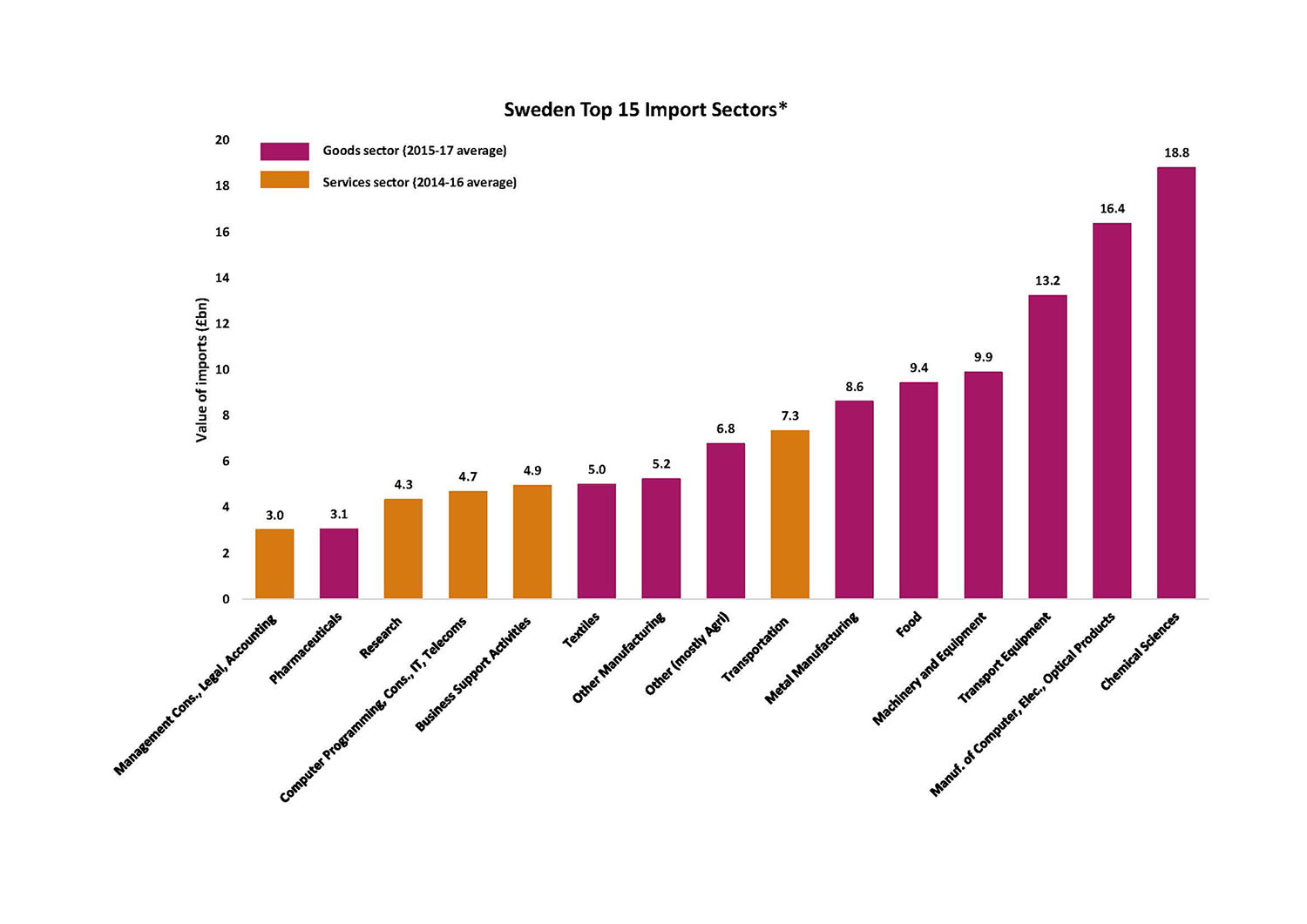 Sweden is a developed, prosperous economy and has an educated and skilled workforce. It is a significant export market for Scotland, with Scotland’s exports worth £585 million in 2017.

Sweden is a member of the European Union(EU), the World Trade Organization (WTO) and other international bodies. Goods manufactured in Scotland are exempt from import duties.

Strengths of the Swedish market include:

Sweden ranks 12th out of 190 countries in the World Bank rankings for ease of doing business in 2018.

Benefits for Scottish businesses exporting to Sweden include:

What Scotland exports to Sweden

Sweden is Scotland’s 17th largest export market with exports worth £585 million in 2017,

The top 4 Scottish export sectors to Sweden are:

Priority sectors in Sweden for economic development include:

When compared to the export performance of comparator countries (Norway, Finland, Ireland and Denmark), Sweden presents potential export opportunities in the following subsectors: • Computer and IT Services 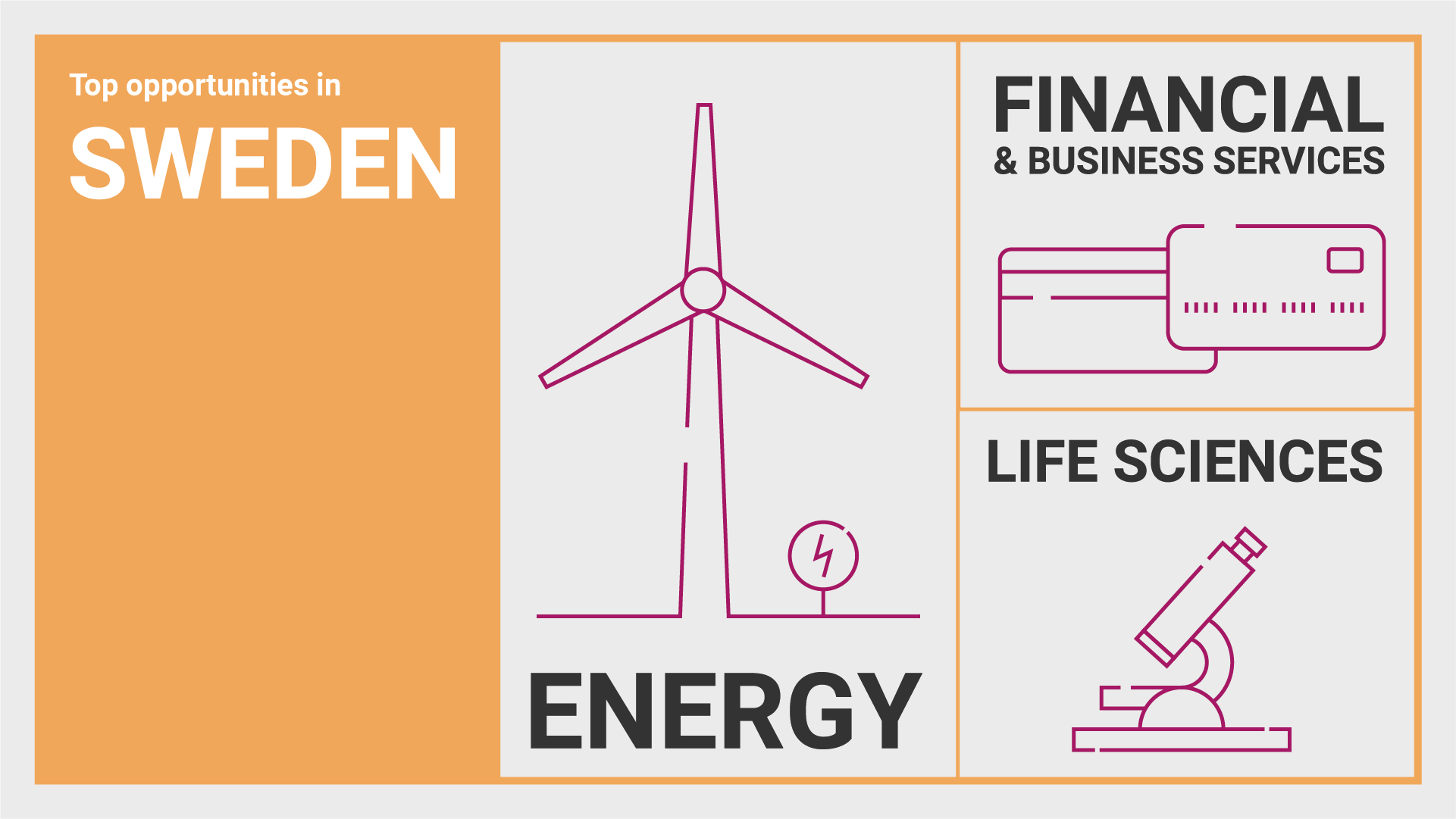 Scottish Development International offers support from neighbouring Copenhagen in Denmark, and Stavanger in Norway. The combined offices have 5 staff members supporting trade who are focused on the energy, science and tech and consumer industries.

There is currently 1 GlobalScot in Sweden covering the construction sector. Sweden is a priority country for expansion of the GlobalScot network.

Contact the Department for International Trade (DIT) team in Sweden for more information and advice on opportunities for doing business in Sweden.

The British Swedish Chamber of Commerce are able to offer member businesses support, advice and in-market introductions through their office in Stockholm.

According to the EU Innovation Scoreboard 2018, Sweden is the top EU collaborator with Scotland for research.