Spain is the fifth largest country in the EU, with a population of 47 million and is now one of the fastest growing economies in the Eurozone. 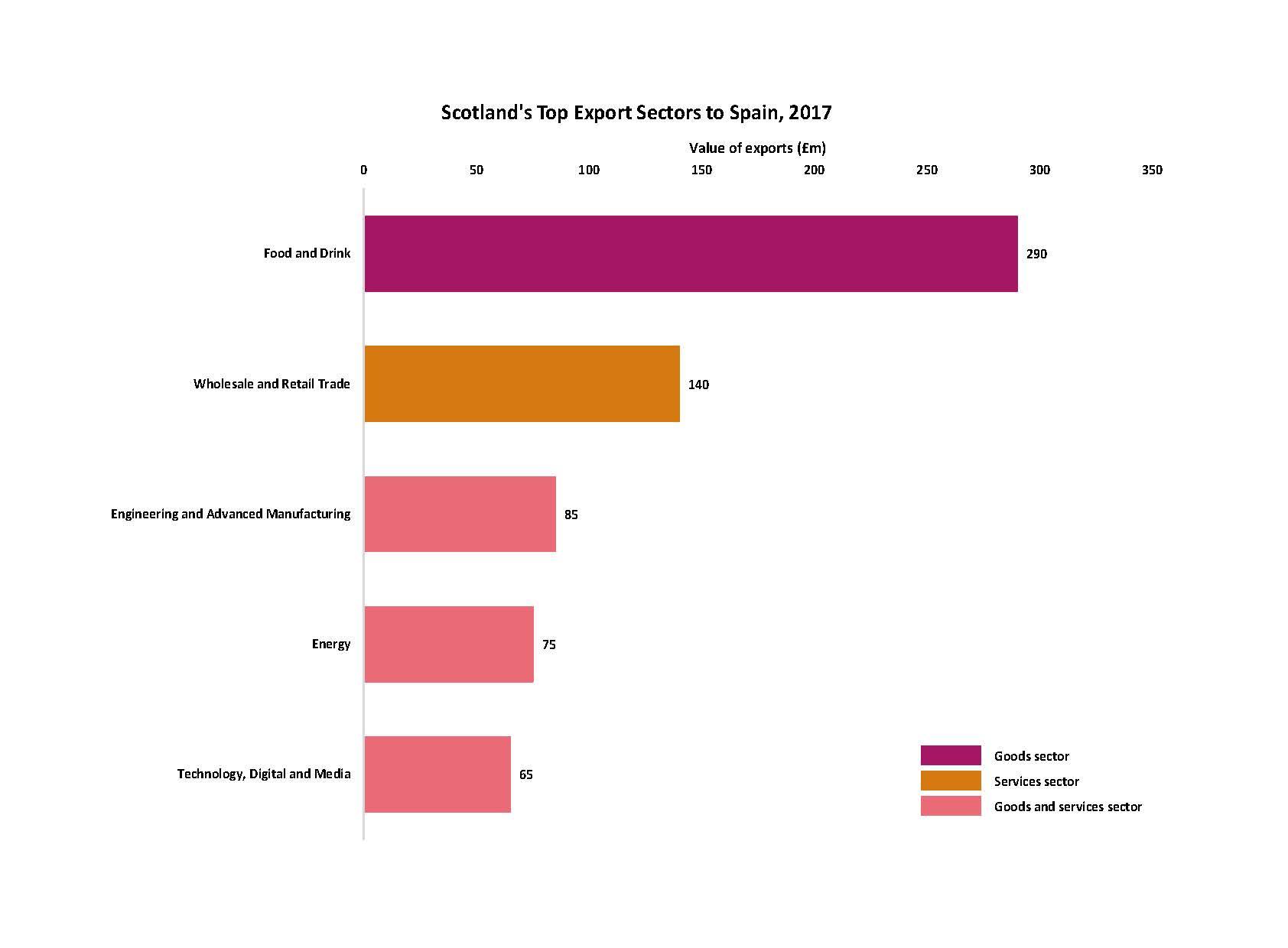 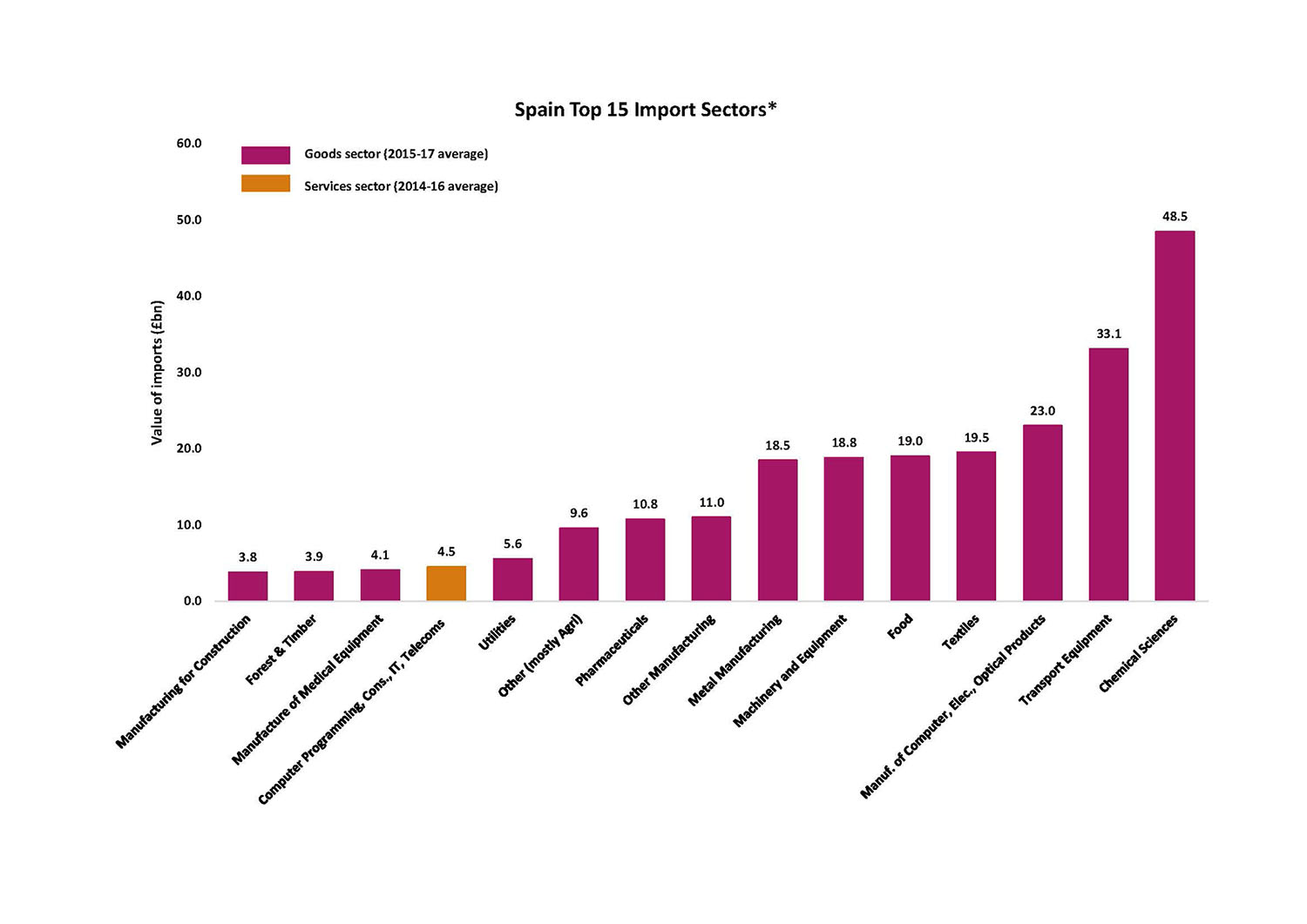 Spain is the 5th largest economy in the EU and is now one of the fastest growing economies in the Eurozone. Given its large population, Spain is one of the biggest consumer markets in the EU. Given its cultural and language links, Spain often acts as a gateway to entry to Latin American markets.

There are also around 1 million UK citizens who are either full time or part time residents in Spain creating particular opportunities for Scottish and UK products.

Spain is a member of the European Union(EU), the World Trade Organization (WTO) and other international bodies. Goods manufactured in Scotland are exempt from import duties.

Strengths of the Spanish market include:

Spain ranks 53rd out of 190 countries in the World Bank rankings for ease of doing business in 2018.

Benefits for Scottish businesses exporting to Spain include:

What Scotland exports to Spain

Spain is Scotland’s ninth largest export market with £850 million worth of exports going there in 2017, representing 2.6% of all Scottish exports. (Export Statistics Scotland)

The top 5 Scottish export sectors to Spain are:

Priority sectors in Spain for economic development include:

When compared to the export performance of comparator countries (Norway, Finland, Ireland and Denmark), Spain presents potential export opportunities in the following subsectors: 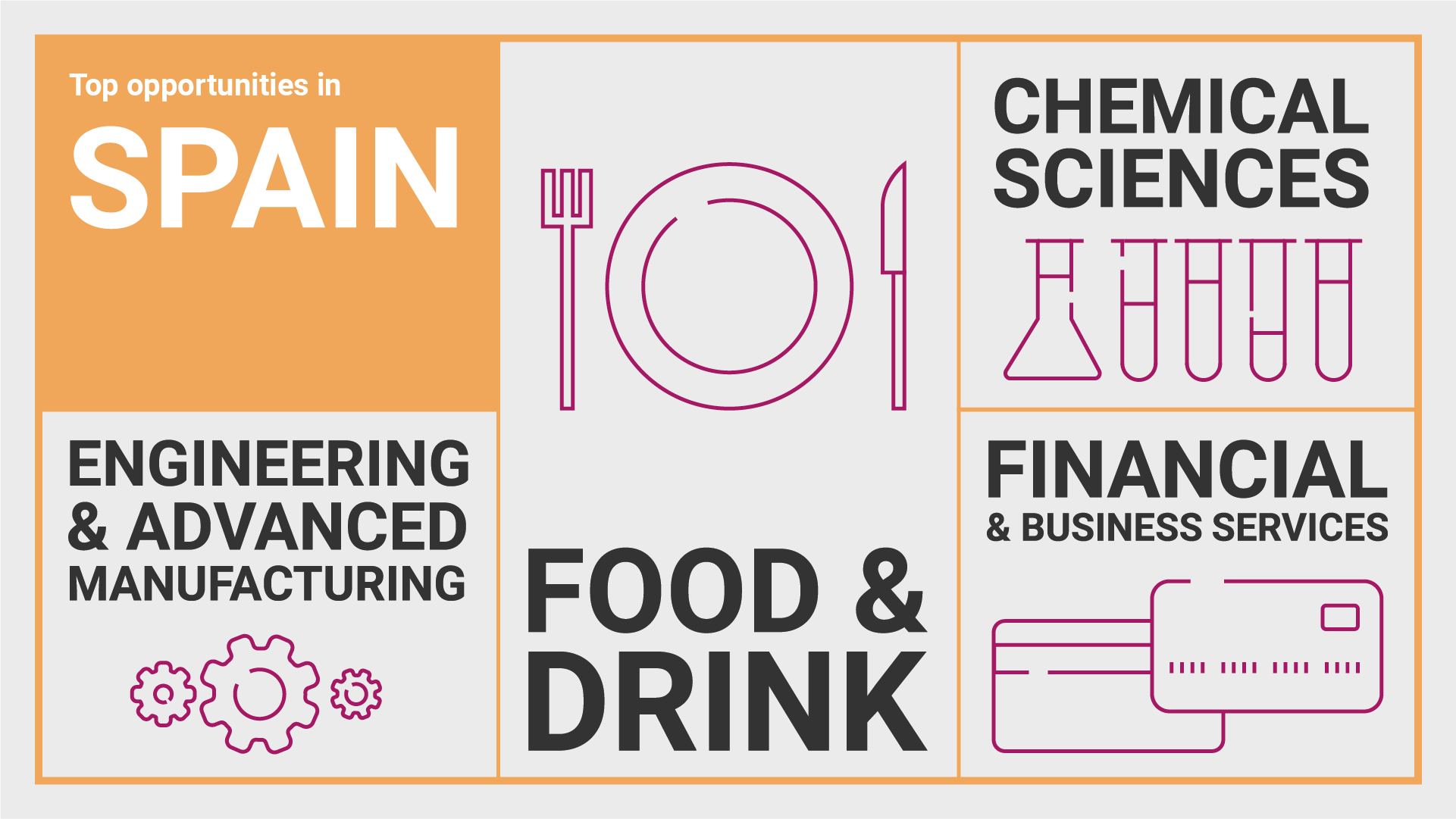 Scottish Development International has offices in Barcelona and Madrid with 2 members of staff supporting trade focused on the consumer industries and science and tech sectors.

There are currently 5 GlobalScots in Spain covering the energy, financial services and technology sectors. Spain is a priority country for expansion of the GlobalScot network.

Contact the Department for International Trade (DIT) team in Spain for more information and advice on opportunities for doing business in Spain.

The British Chamber of commerce in Spain can offer member businesses support, advice and introductions in-market through their office in Barcelona.

Spain is one of the top 5 EU partners with Scotland for research collaboration. The Universities of Aberdeen, Glasgow and Strathclyde along with the Institute for Bioengineering of Catalonia are involved in the EU’s flagship Human Brain Project, one of the two largest scientific projects ever funded by the European Union. The project will build cutting-edge research infrastructure that will allow the advancement of knowledge in neuroscience, computing, and brain-related medicine.

The University of Strathclyde is a partner on the Horizon 2020 project Internet of Food and Farm 2020 (IoF2020), including Spanish company Bolt Management SL. The project paves the way to data-drive farming capable of providing higher production yields in a more sustainable and competitive fashion.