Germany is a similar market to Scotland with similar business risks and requirements. 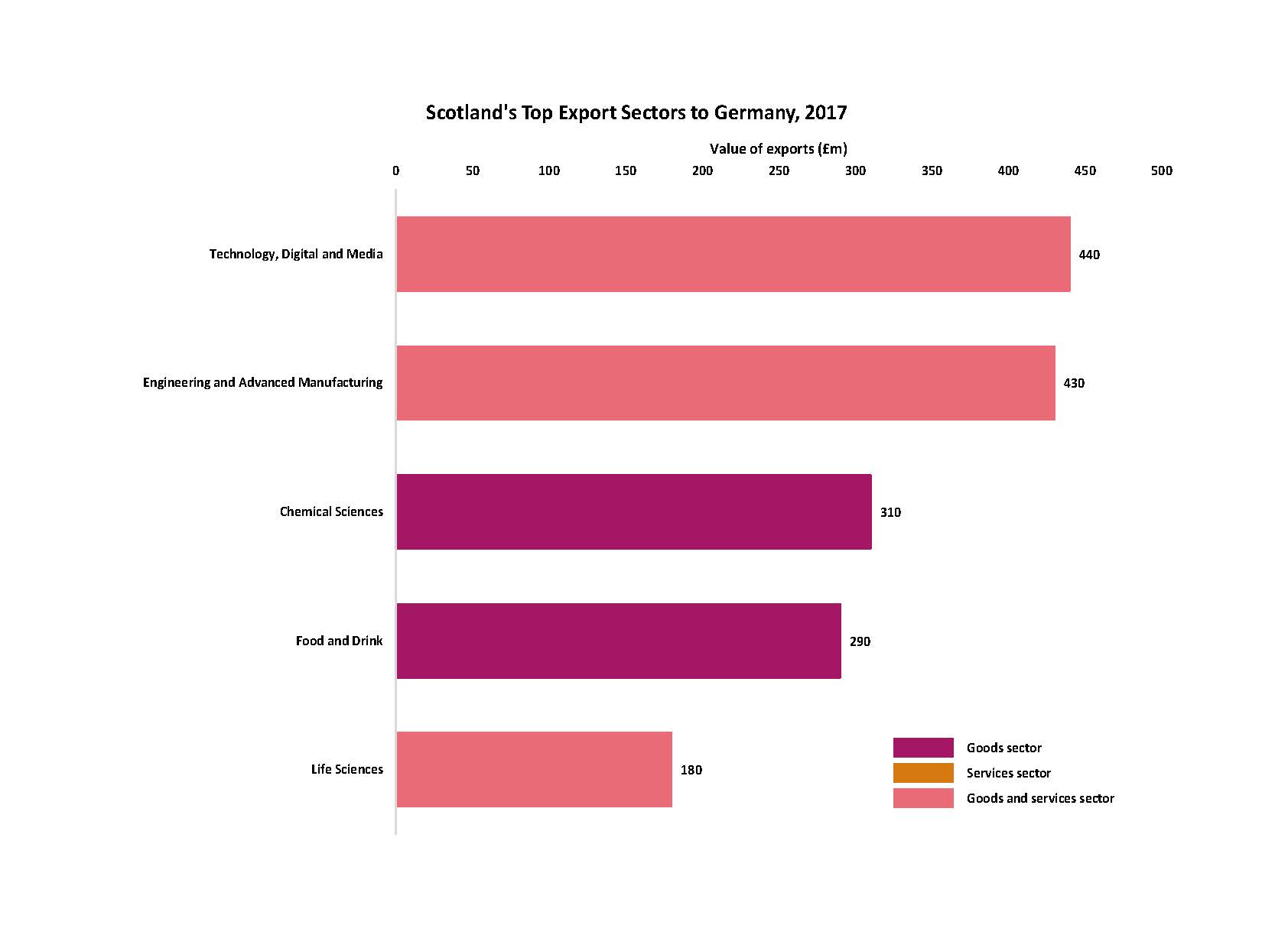 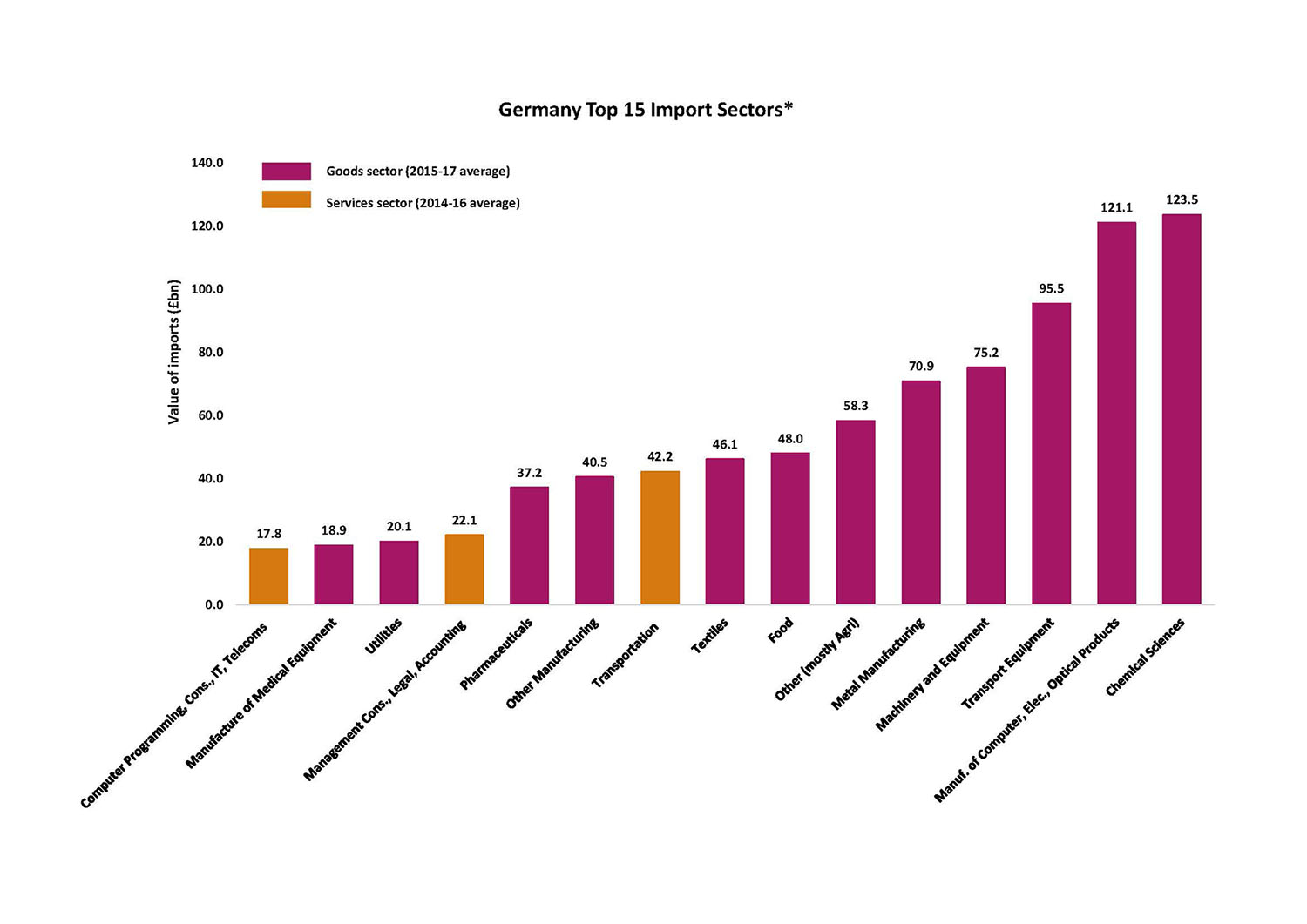 Germany has a Gross Domestic Product (GDP) of more than €3 trillion. This makes it the largest economy in Europe and the fourth strongest economy in the world. In 2017, the country accounted for 28% of the euro area economy according to the IMF.

The economy is characterised by its small and medium‑sized enterprises (SMEs) “Mittelstand”.

99.6% of all companies in Europe are SMEs, with most being family owned and passed from one generation to the next.(1)

The Department for International Trade’s guide to doing business in Germany can be found here.

Strengths of the German market

Germany ranks 24th dropping from 20th out of the 190 countries in the World Bank rankings for ease of doing business in 2018.

What Scotland exports to Germany

The top 5 Scottish export sectors to Germany are:

Priority sectors in Germany for economic development include:

When compared to the export performance of similar countries (Norway, Finland, Ireland and Denmark), the German market presents potential export growth opportunities in the following subsectors: 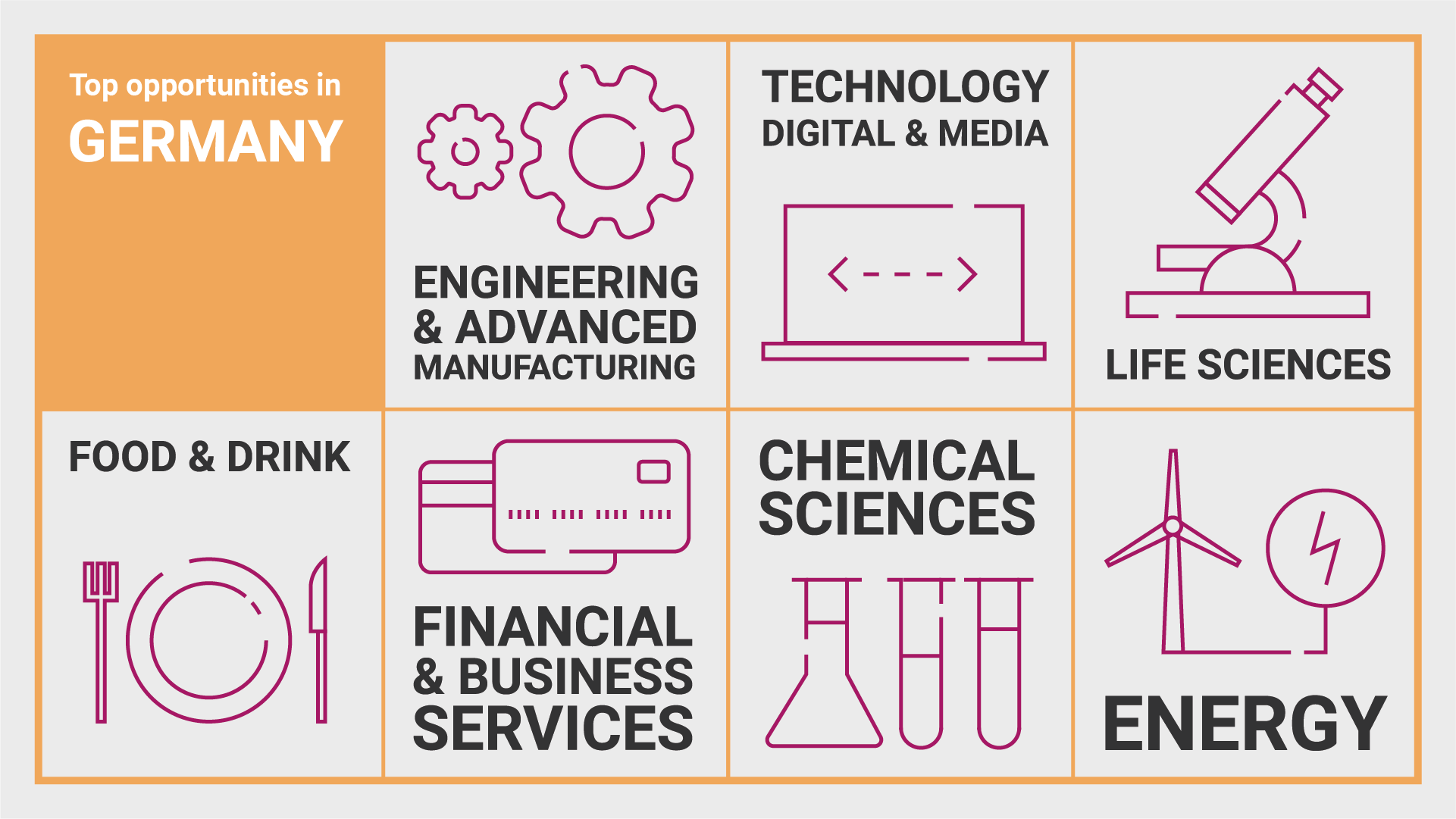 As well as strengthening diplomatic relations the Berlin office also increases the potential to explore further research and innovation links by:

Scottish Development International also has an office in Dusseldorf with 4 members of staff supporting trade focused on the energy, science and tech and consumer industry sectors.

There are currently 13 GlobalScots in Germany covering a range of sectors, including; life sciences, finance and business services, chemical sciences, engineering, creative industries, construction and energy. Germany is a priority country for expansion of the GlobalScot network.

Contact the Department for International Trade team in Germany for more information and advice on opportunities for doing business in Germany.

The British Chamber of Commerce Germany can also offer member companies advice and introductions in the German markets through their office based in Berlin.

Germany is the top EU partner for research collaboration with Scotland through the EU’s flagship Horizon 2020 Research & Innovation programme and there are many long standing high quality collaborations across Scottish and German universities.

The University of St. Andrewssigned a strategic partnership  with the University of Bonn in December 2018. Staff and students from St Andrews will be given the opportunity to research, teach and study at Bonn, and vice‑versa.