Italy has a population of 60.6 million, making it the fourth largest country in the European Union and the third largest in the Eurozone by population.

Italy has a long-standing trading relationship with Scotland. 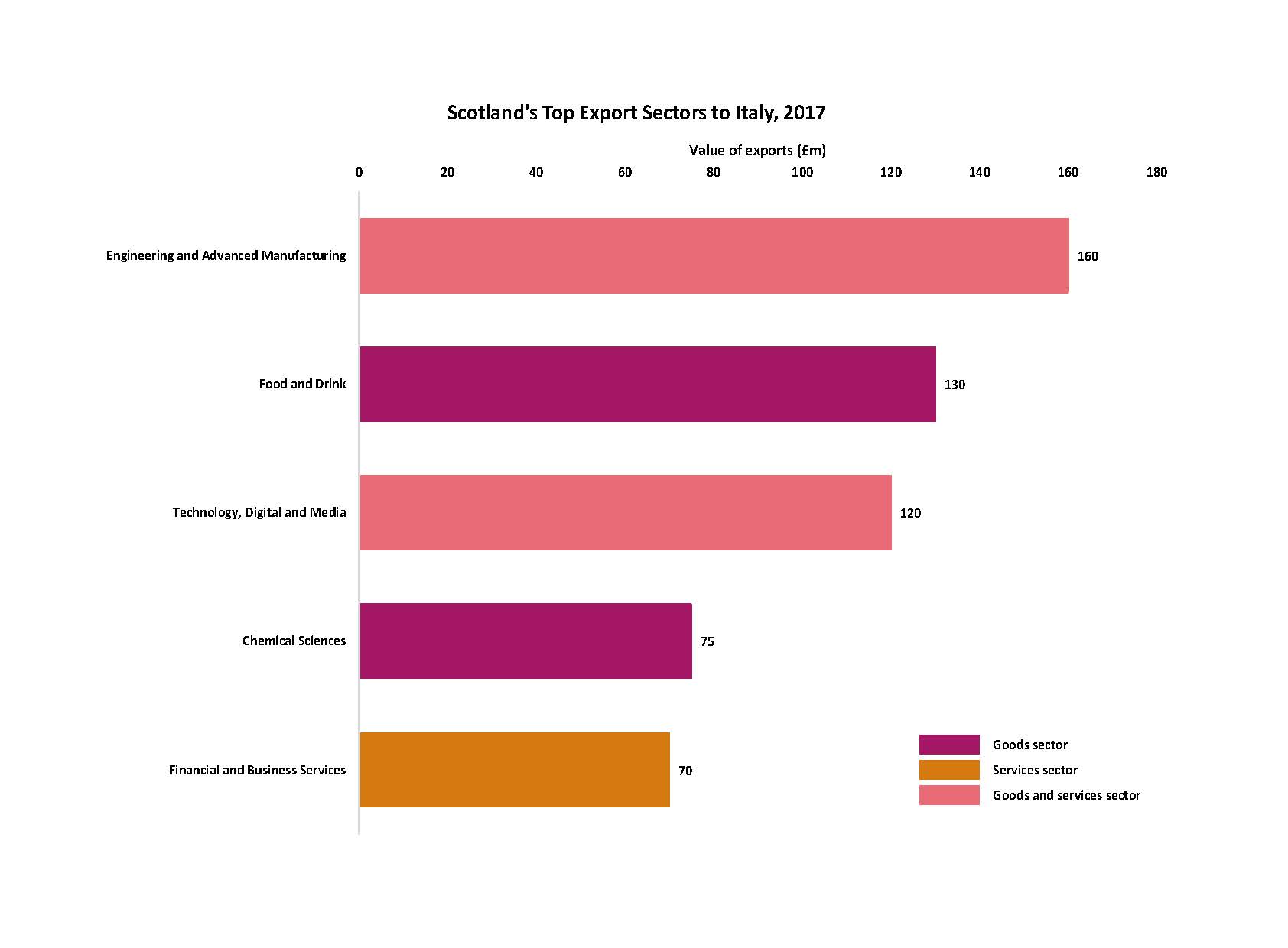 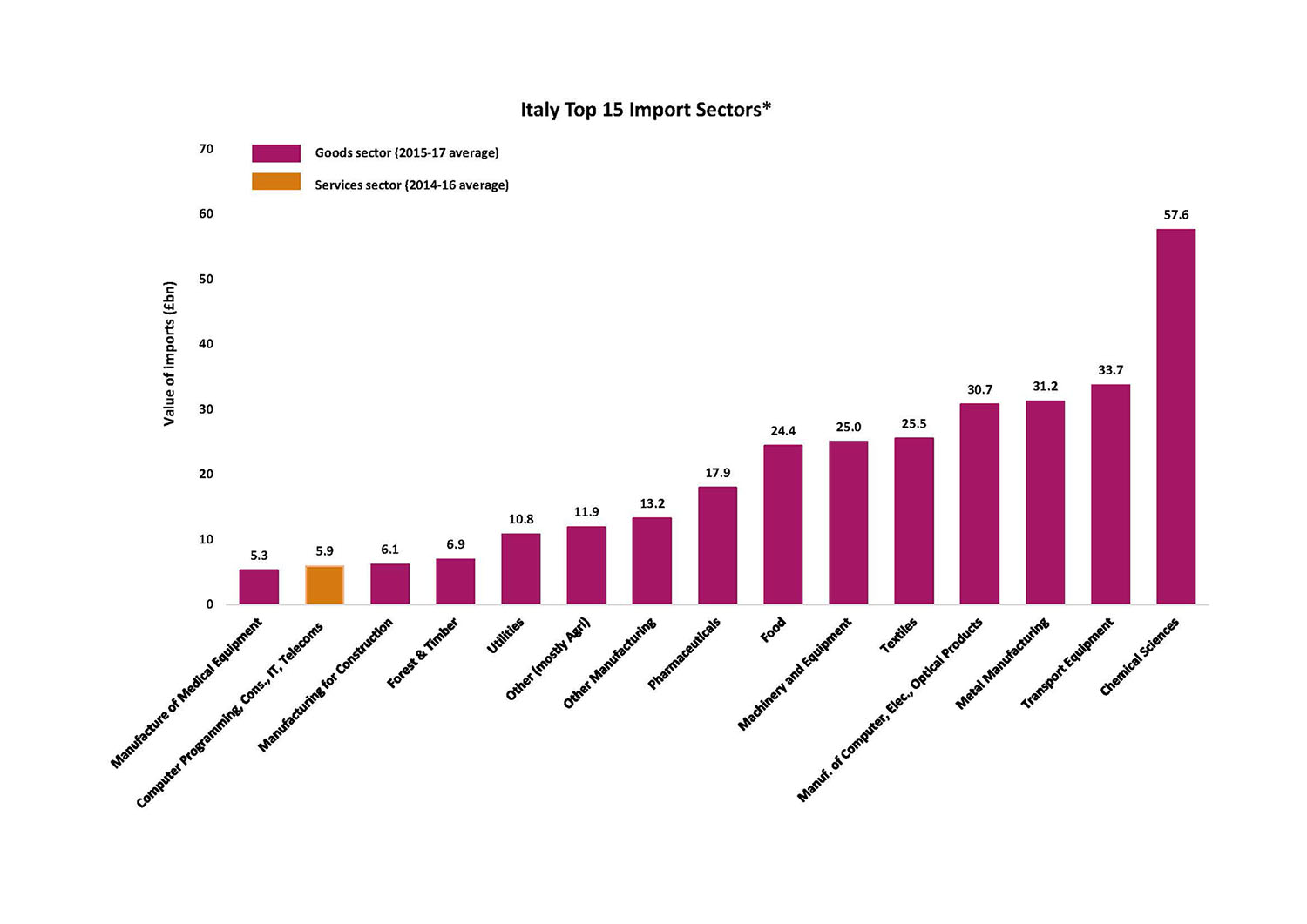 Italy is a major advanced economy and the Department for International Trade (DIT) reports that it is the second largest manufacturer in Europe behind Germany. The IMF ranked Italy as the eighth largest economy in the world in 2018 and Italy is one of the G7 group of countries. Italy has a similar regulatory framework to Scotland in terms of doing business.

While the Italian economy contracted during the global financial crisis, it is now reporting growth again.

Italy is a member of the European Union(EU),the World Trade Organization (WTO) and other international bodies. Goods manufactured in Scotland are exempt from import duties.

Strengths of the Italian market include:

Italy ranks 51st out of 190 countries in the World Bank rankings for ease of doing business in 2018.

Benefits for Scottish businesses exporting to Italy include:

What Scotland exports to Italy

The top 5 Scottish export sectors to Italy are:

Priority sectors in Italy for economic development include: 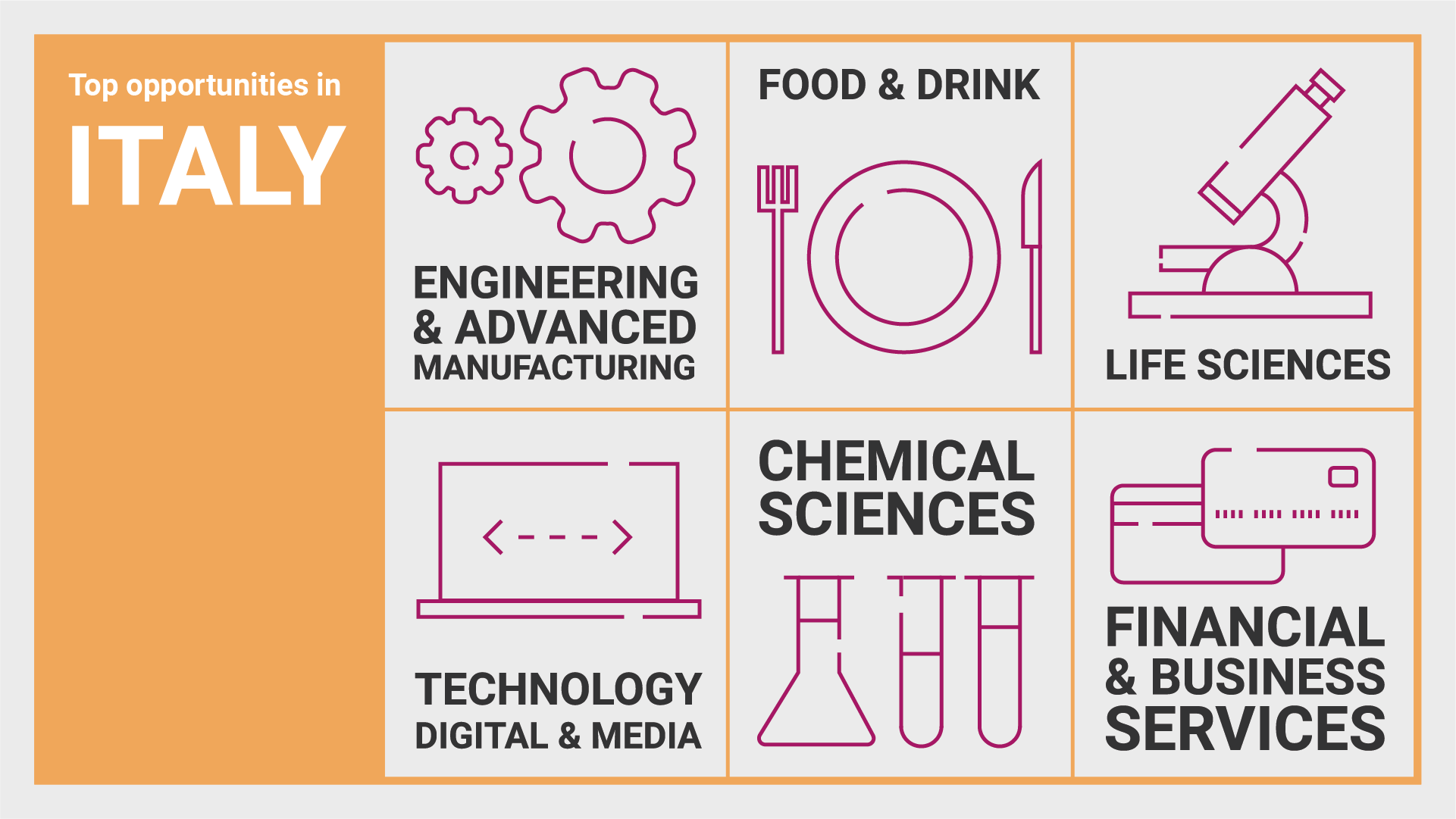 Scottish Development International has an office in Milan with 1 member of staff who focuses on the consumer industries sector.

There are currently 4 GlobalScots in Italy covering the financial services and energy sectors. Italy is a priority country for expansion of the GlobalScot network.

Contact the Department for International Trade (DIT) team in Italy for more information and advice on opportunities for doing business in Italy.

The British Chamber of Commerce in Italy is able to offer member businesses advice and support as well as in-market introductions.

Italy is one of the leading EU research collaborators with Scotland. Horizon 2020 funded

ZikAlliance – an international project between the University of Glasgowand the Edmund Mach Institute in Italyto investigate clinical and other aspects of the Zika virus infection during pregnancy.

The Royal Society of Edinburgh has a Memorandum of Understanding with the Academia Nazionale dei Linceito facilitate research collaboration in all areas between research groups in Scotland and Italy.