Of those 11,000 businesses that do export, the vast majority export small amounts in value. Data from the Export Statistics Scotland publication estimate that the top 100 exporters in Scotland export around 59% of all exports (over £19bn of exports). The next 400 exporters are estimated to export 23% of all exports (over £7bn of exports). This means that over 80% of exports are delivered by just 500 businesses – 0.1% of the business population.

This is not unusual. Other business statistics show that just 0.7% of businesses in Scotland are responsible for 45% of employment and 59% of turnover in Scotland. While not as stark as the trade data, this does still highlight the concentration of economic activity within a small number of businesses. 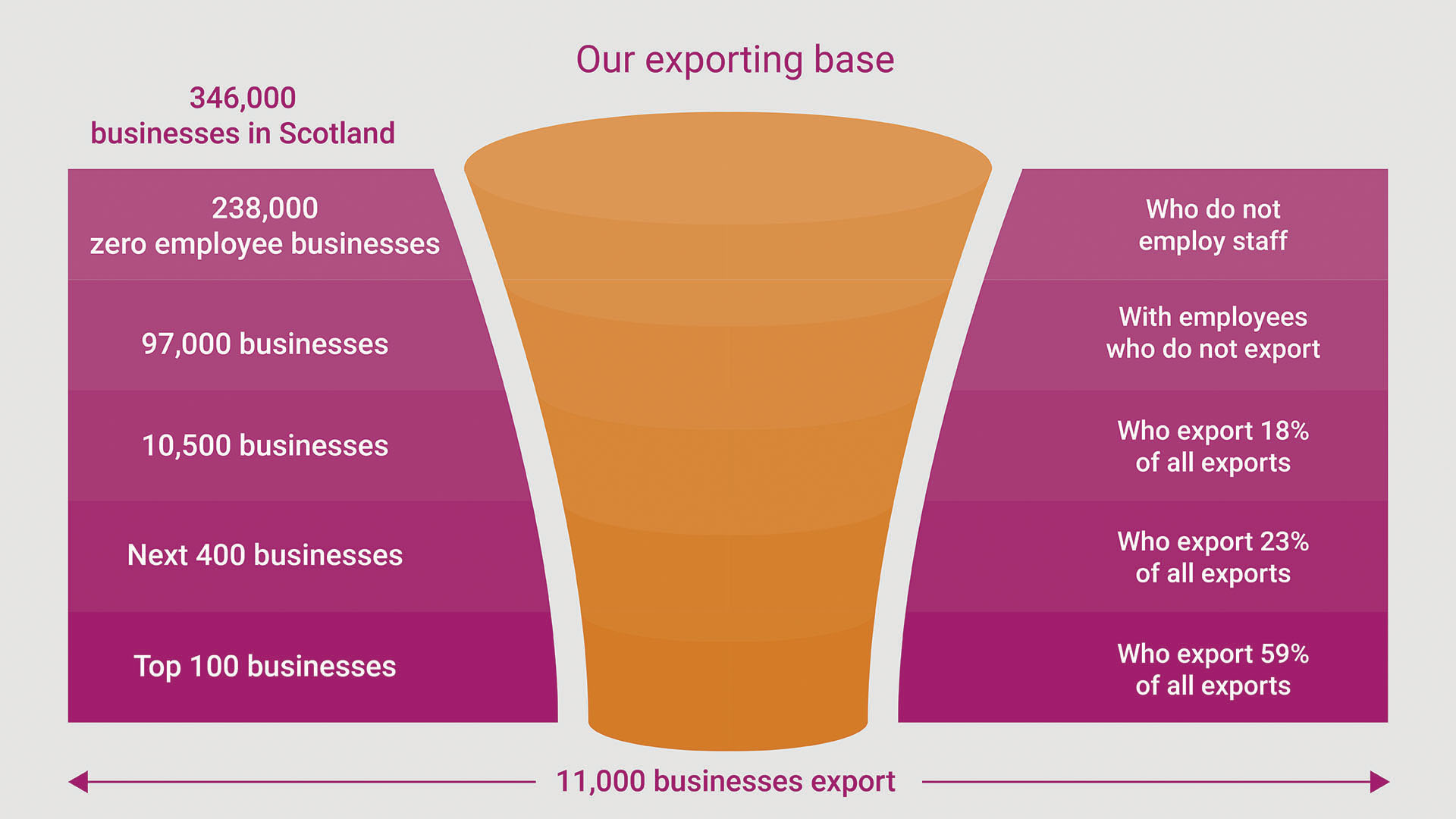 This is also not unusual in an international context. A recent study of seven European countries found that ‘the top 5% of a country’s exporters account for 69-86% of total exports’(7). It is the performance of these large exporting firms that shapes overall export performance.