France is home to world leading companies in many innovative industries, such as the energy sector. France’s leading electricity company, Electricite de France, is the largest utility company in the world. France is the most visited country in the world so tourism is a key component of the economy. 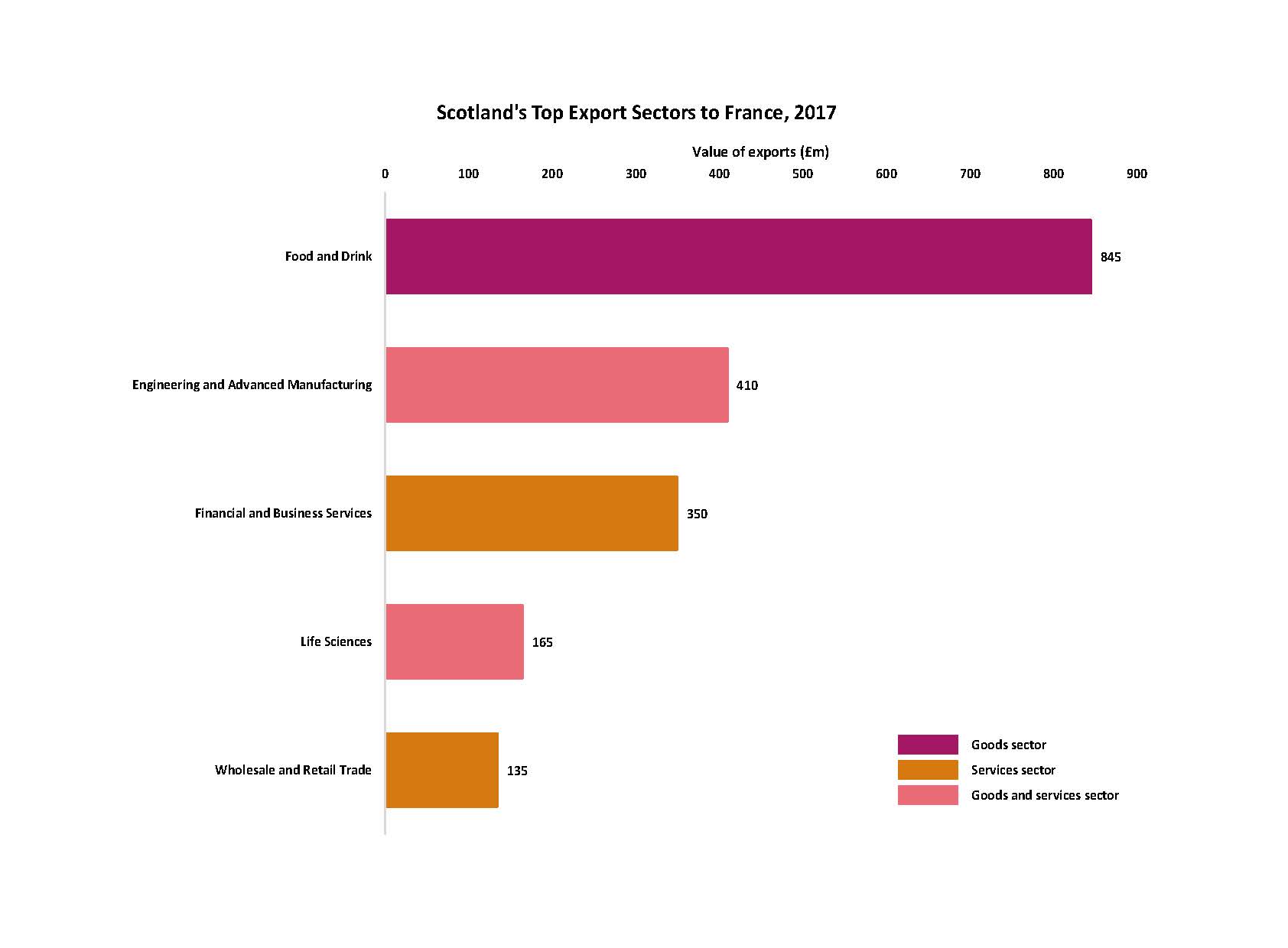 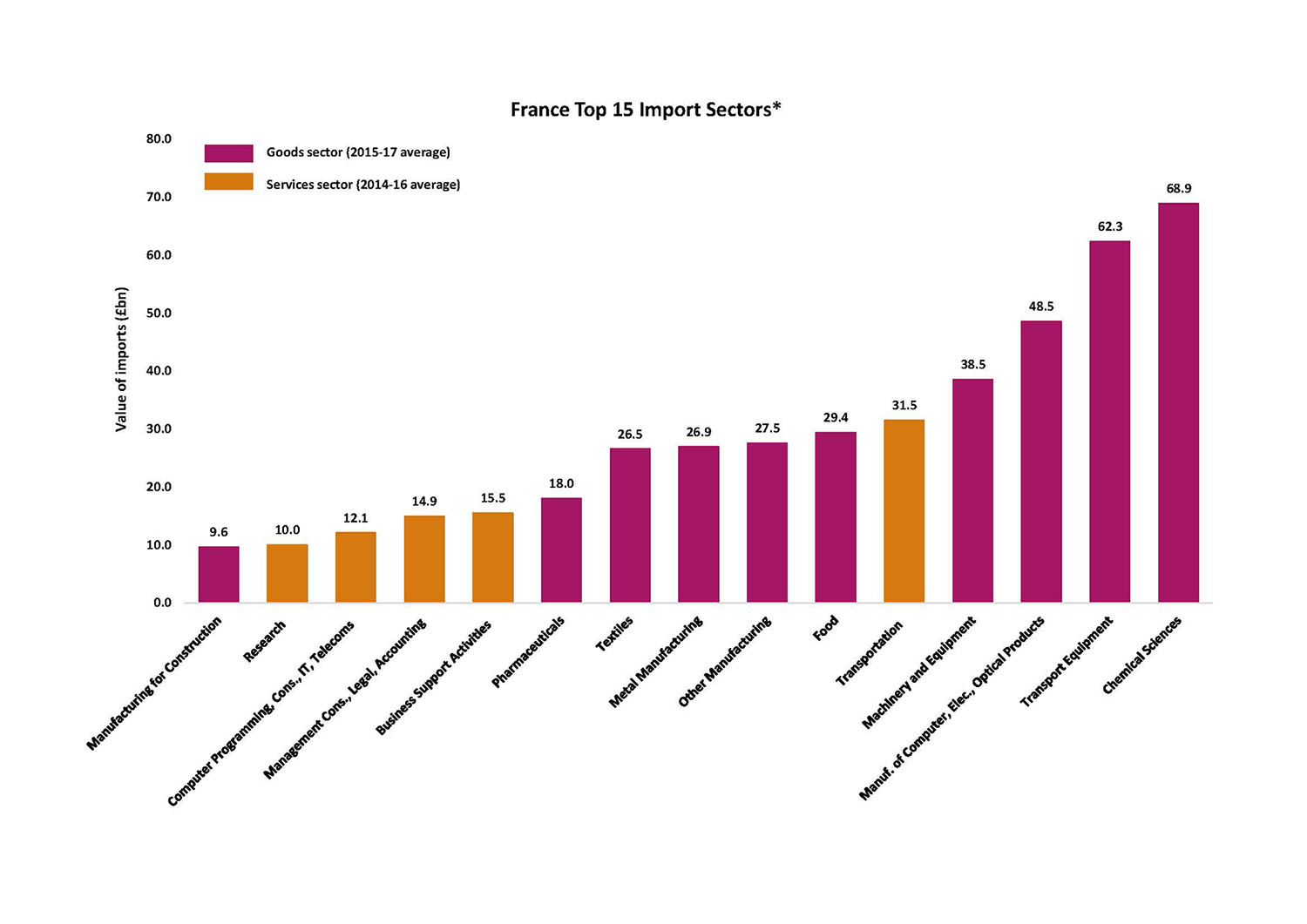 France has the world’s 6th largest economy (IMF, 2018). It has the 3rd largest economy in the European Union after Germany and the United Kingdom. France is a large, open and diversified market, and is within easy reach of Scotland and offers opportunities to sell Scottish products and services across all sectors. France has a similar market to Scotland with similar business risks. The chemical industry is a key sector for France.

France is a member of the European Union (EU), the World Trade Organization (WTO) and other international bodies. Goods manufactured in Scotland are exempt from import duties.

The Department for International Trade’s guide to doing business in France can be found here.

Strengths of the French market

France ranks 32nd out of 190 countries in the World Bank rankings for ease of doing business in 2018.

What Scotland exports to France

The top 5 Scottish export sectors to France are:

Priority sectors in France for economic development include: 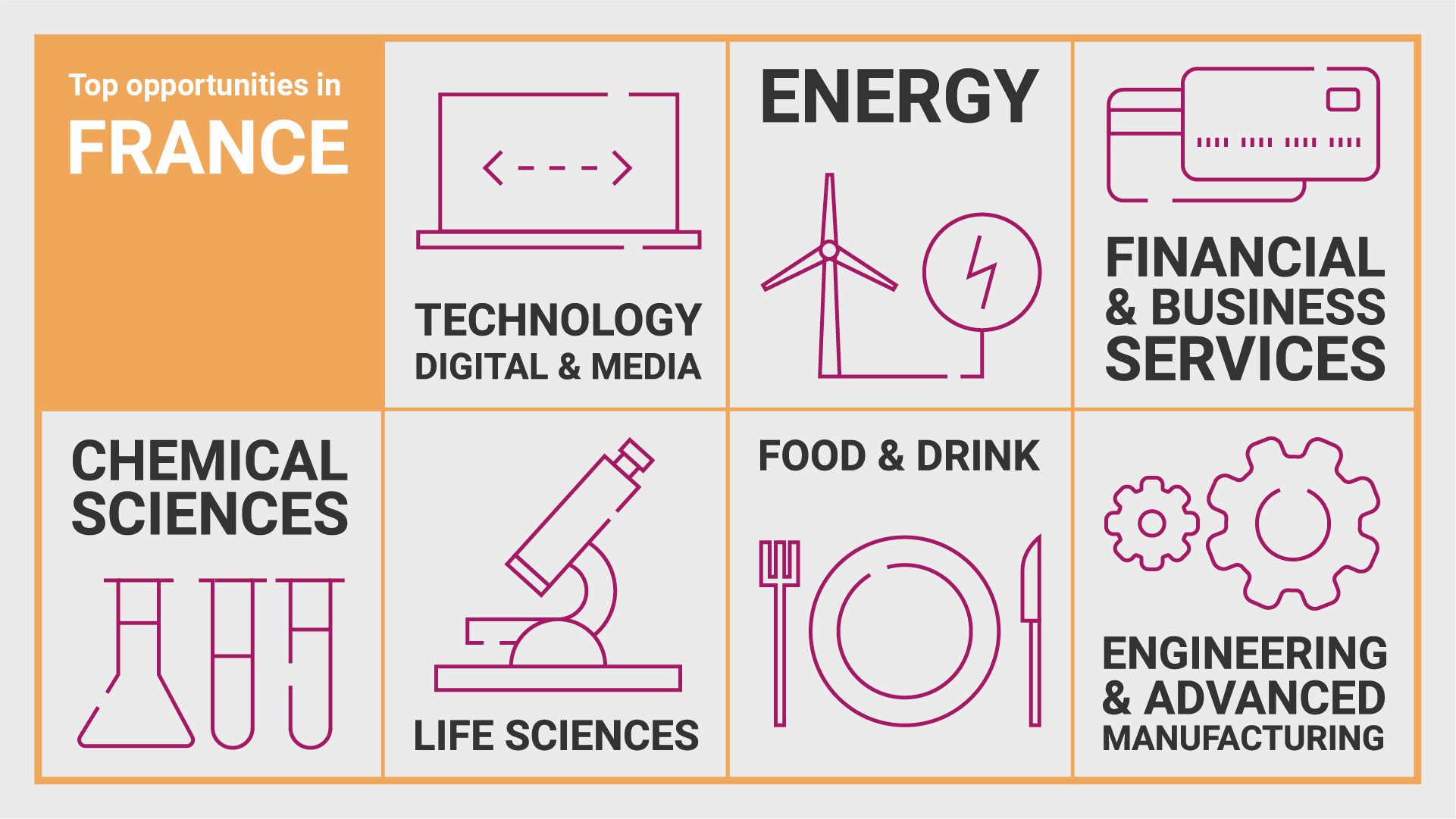 As well as strengthening diplomatic relations it also increases the potential to explore further research and innovation links.

The office jointly houses Scottish Government and Scottish Development International staff. Co-locating helps to make the connections between policy priorities and trade and investment delivery. The office is located at 16 Rue d’Anjou in central Paris.

SDI has 4 members of staff in Paris focused on the energy, science and technology and consumer industry sectors.

There are currently 8 GlobalScots in France covering a rage of sectors, including energy, financial business services, food & drink, life sciences, technology & engineering and tourism. France is a priority country for expansion of the GlobalScot network.

Contact the Department for International Trade team in France for more information and advice on opportunities for doing business in France.

The Franco-British Chamber of Commerce & Industry creates opportunities and connects people to assist members to promote and to develop their activity within the Franco-British business community. The chamber has developed a strong network of public and private partners both in France and in Britain. Their office is based in Paris with regional delegates in Dordogne, Toulouse et Midi-Pyrénées, Burgundy and Monaco.

For example in humanoid robotics with a consortium, including the University of Glasgow and Centre National de la Recherche Scientifique– known as the Multi-Modal Mall Entertainment Robot (MuMMER).