Belgium is a federal state with three culturally different regions: Flanders; Wallonia; and the capital city of Brussels, which hosts the headquarters of NATO and the European Union. 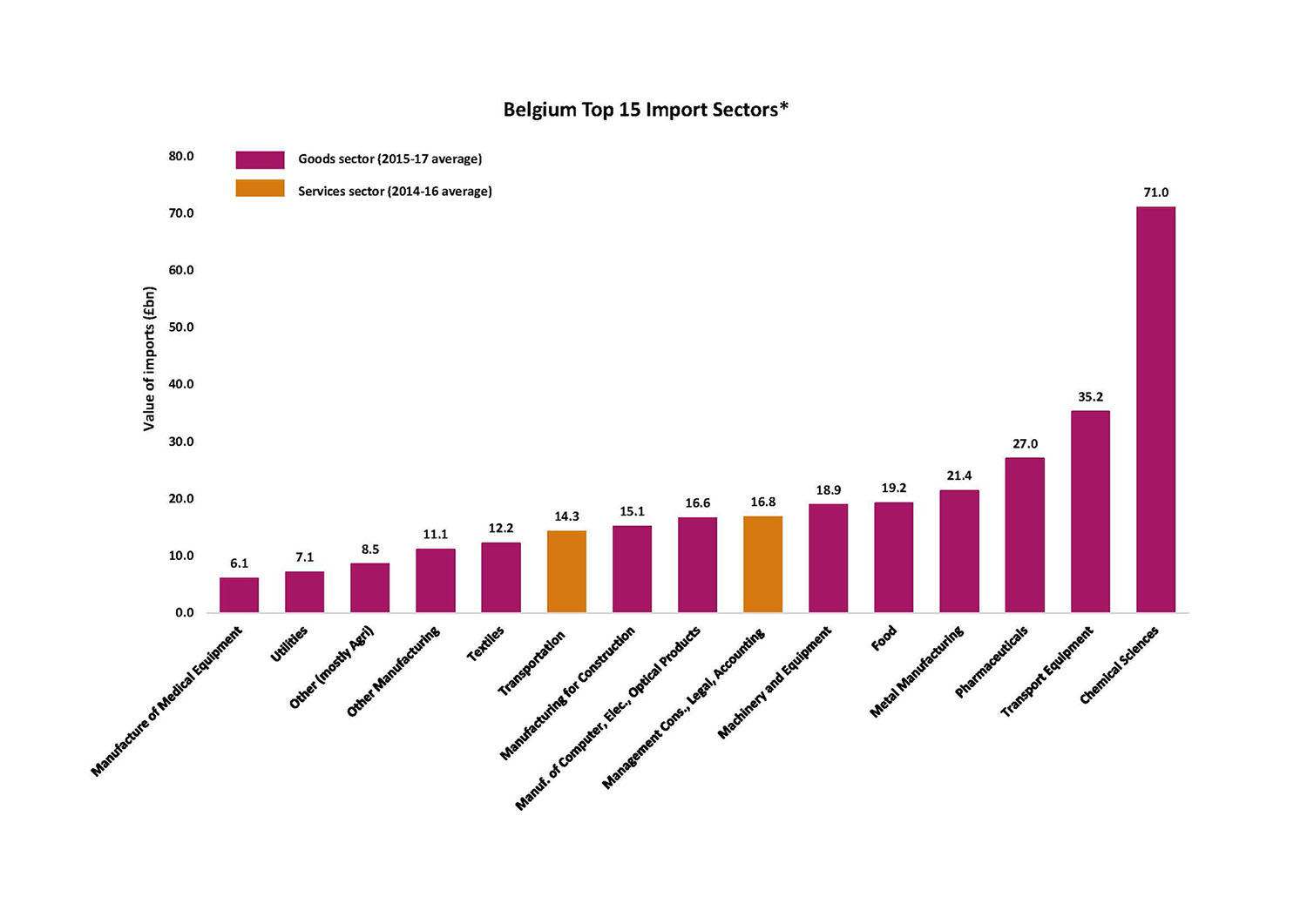 * denotes an indicator which has been converted into GB£ from US$ using the Bank of England’s average annual spot rate data.  Note growth rates may vary depending on unit of currency used.

** These figures have been suppressed to prevent disclosure.

Belgium is a modern, open, and private-enterprise-based economy and it has capitalised on its central geographic location. It has an open and highly competitive market with opportunities in most sectors.

Belgium is a member of the EU and the World Trade Organization (WTO). This means that goods manufactured in the Scotland are exempt from import duties.

Contact the SOLVIT team if you have market access issues relating to the operation of the Single Market.

Strengths of the Belgian market include:

Belgium ranks 45th out of 190 countries in the World Bank rankings for ease of doing business in 2018.

Benefits for Scottish businesses exporting to Belgium include:

What Scotland exports to Belgium

The top 5 Scottish export sectors to Belgium are:

When compared to the export performance of comparator countries (Norway, Finland, Ireland and Denmark), the Belgium market presents potential export opportunities in the following subsectors: 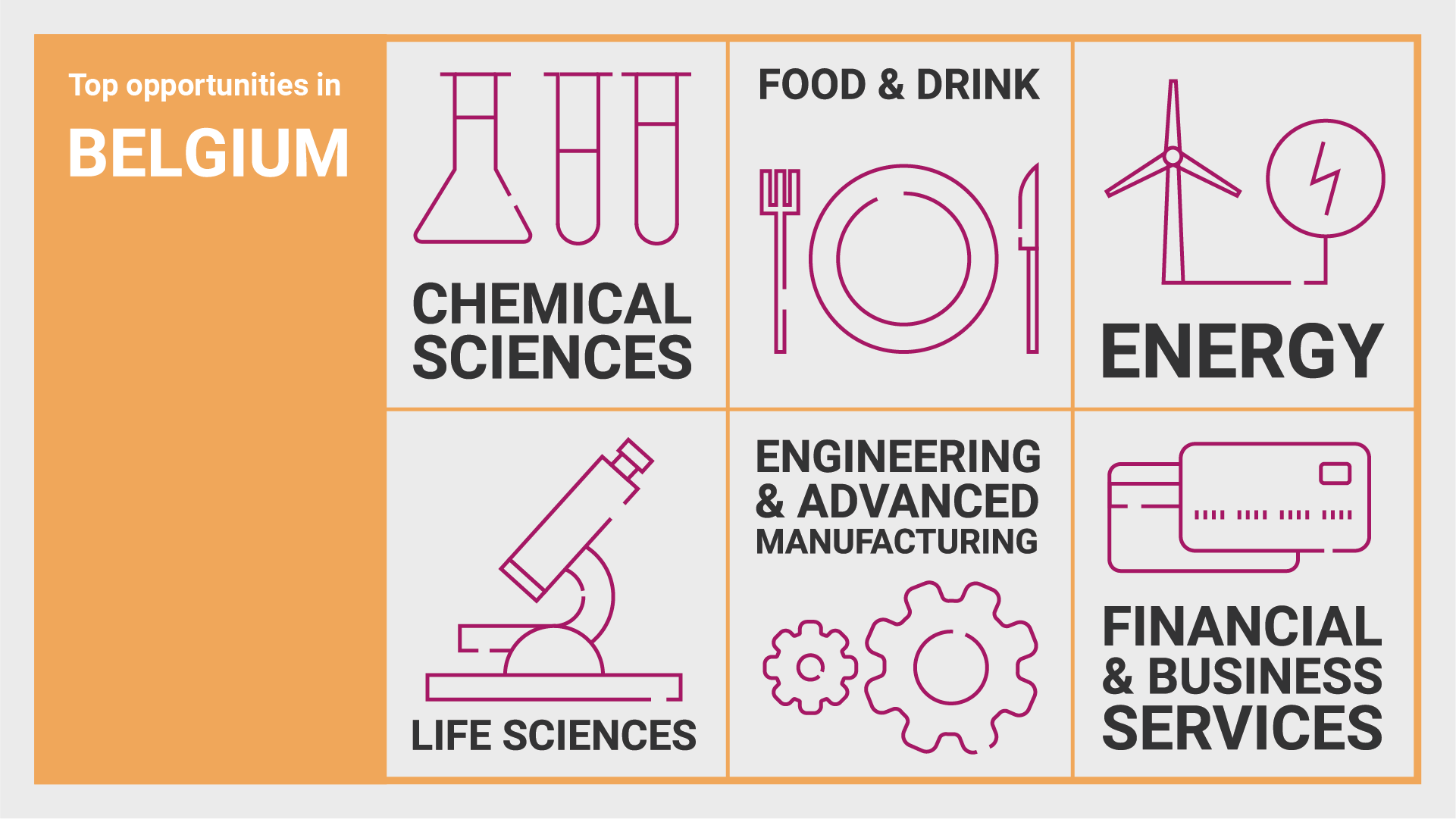 Scotland has had a long-established presence in Brussels, including almost 20 years in Scotland House at Rond-Point Schuman, right in the heart of the EU quarter.

In line with Scotland’s recently strengthened network across the EU in London, Dublin, Berlin, and Paris, Scotland House in Brussels has updated its operation to provide an even more effective platform to address the challenges of Brexit and to enhance the Scottish Government’s commitment to playing an active role in Europe and supporting our collaborative approach to working with Scottish, EU and International stakeholders.

There are currently 3 GlobalScots in Belgium covering the Life Sciences and Financial services sectors. Belgium is a priority country for expansion of the Global Scot network.

Contact the Department for International Trade team in Belgium for more information and advice on opportunities for doing business in Belgium.

The British Chamber of Commerce in Belgiumcan also offer member companies advice and introductions in the Belgian and EU market. Their office is based in Brussels.

The Territorial Development Agency in Picardy Wallonia (IDETA) is working with Scottish company Nova Innovation and the University of Edinburgh through a Horizon 2020 flagship €20m advanced tidal energy project – the Enabling Future Arrays in Tidal ((EnFAIT). Led by Nova

The Royal Society of Edinburgh has a Memorandum of Understanding with the Royal Flemish Academy of Belgium for Science and the Arts (KVAB) to strengthen scientific co-operation between researchers in Belgium and Scotland.