Threads of Scottish influence are woven through the fabric of Canadian society. Scots-Canadians have been at the forefront of the foundation of the Canadian state, its government and public affairs. Sir John A. MacDonald, Canada's first Prime Minister, was born in Scotland. Many of its great universities and colleges bear the names of influential Scots who shaped their founding. As recently as the 2006 census, 4.7 million Canadians reported themselves to be of Scottish origin.

Scotland has in turn been shaped by Canada, as seen in the contribution of the vibrant Scottish diaspora in celebrating and preserving the traditions and languages of Scotland; the thrilling displays of Canada's contemporary performing arts in Scotland's festivals; and the vital role played by Canadian companies in Scotland's economy.

We will strengthen Scotland's relationship with Canada, building on recent exchanges and collaborations in areas as diverse as culture, social enterprise, technology development, energy, education, tourism and many others.

The Scottish Government will work closely with its agencies such as Scottish Development International ( SDI), Creative Scotland and VisitScotland, as well as with organisations involved in priority sectors, to develop these links for the mutual benefit of both countries.

We will engage a range of organisations and communities across Canada, including national and Provincial Governments, Canadian academics, the Scottish diaspora, business and cultural communities, and civil society. We will connect with young Canadians to show them what contemporary Scotland has to offer and provide young people in Scotland with the opportunity to broaden their own horizons.

Strategic objectives for engagement with Canada

Our International Framework has four strategic objectives, which shape our engagement with Canada. Our engagement reflects some of Canada priorities, matched with Scotland's expertise and interests.

The strategic objectives apply across a broad range of sectors and issues. In our engagement with Canada, we will focus on a number of key areas identified in the Scottish Government's Trade & Investment Strategy [1] . These include:

In addition, we will exchange ideas and best practice in priority policy areas for Scotland, drawing on the Programme for Government [2] . 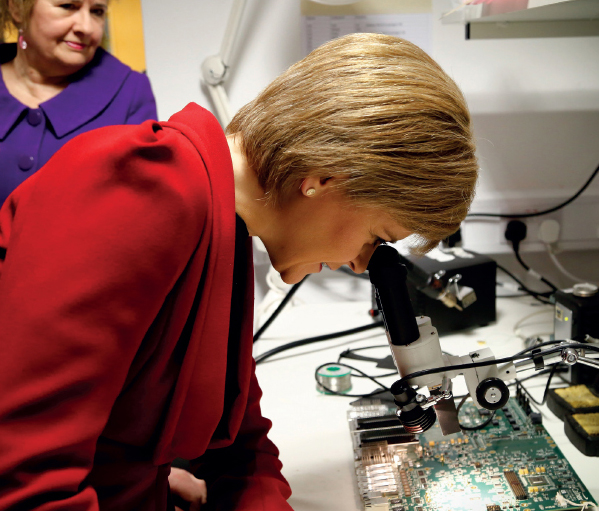