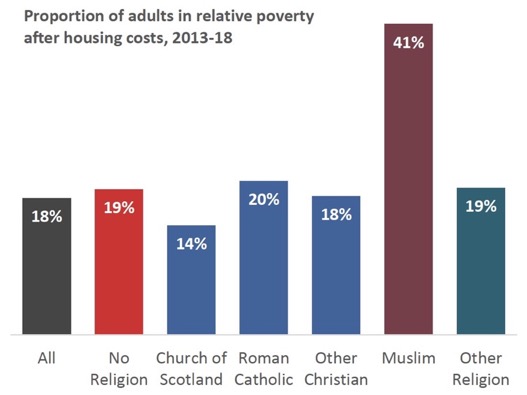 People in older age bands overall have a lower poverty rate, so age profile partly explains the lower poverty rate for people belonging to the Church of Scotland. However, this lack of age standardisation doesn’t explain the entire gap in poverty rates between Muslims and the overall population.

Data on religion is available for adults only, so this chart doesn’t include children in a household.

The above chart shows an average for data from the past five financial years.

Due to the small sample sizes for some of the religious groups, the measurement uncertainty will be fairly large. A time series hasn’t been produced for poverty rates by religion, as this uncertainty in the data will obscure any long-term trends.