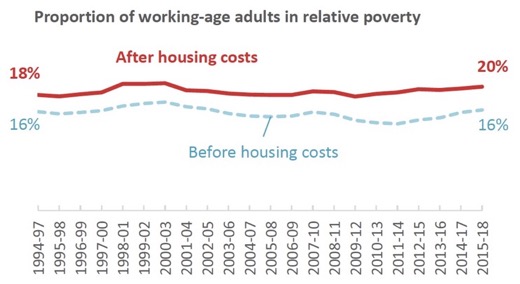 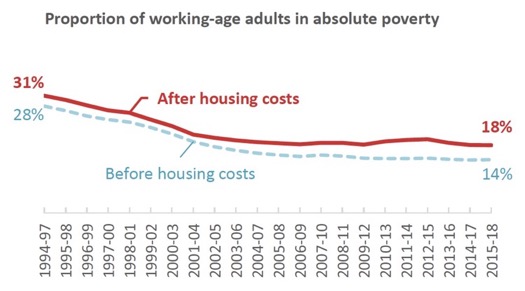 Working-age adults are considered to be in poverty when they live in a household which is in poverty. 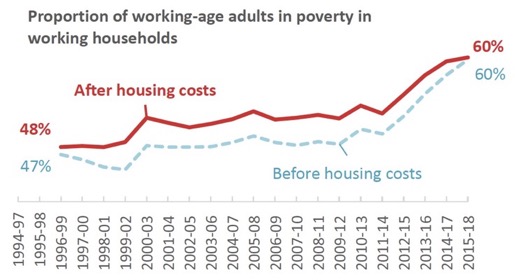 In-work poverty for working-age adults continuously increased since 2011-14, and since reporting began, both before and after housing costs measures were at an all time high in 2015-18.

The terms ‘working’ and ‘in-work poverty’ here refer to paid employment only. In-work poverty refers to people living in households where at least one member of the household is in either full or part-time paid work, but where the household income is below the relative poverty threshold.