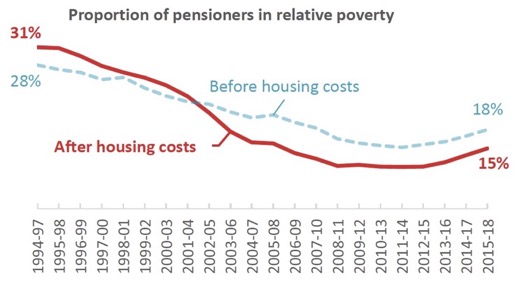 Relative pensioner poverty had been stable for years after a long decline, but started to rise again in 2013-16 (before housing costs) and 2014-17 (after housing costs).

The majority of pensioners own their home. Examining pensioners’ income after deducting housing costs allows for more meaningful comparisons of income between working-age adults and pensioners, or for pensioners over time. 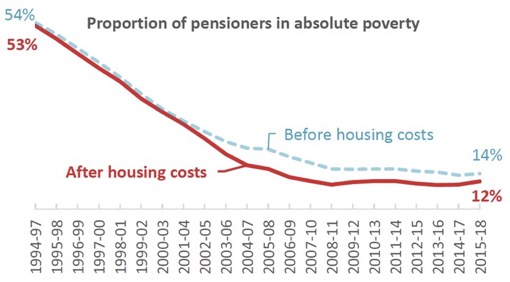 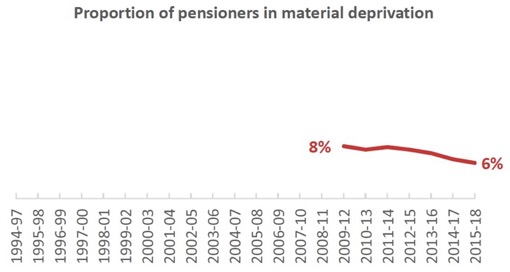 In 2015-18, 6% of pensioners (60,000 pensioners each year) were in material deprivation, the same proportion as in the previous period.

This data has been collected since 2009.

Pensioner material deprivation is included for those aged 65 and over only and therefore is not the same pensioner population as relative and absolute poverty measures.