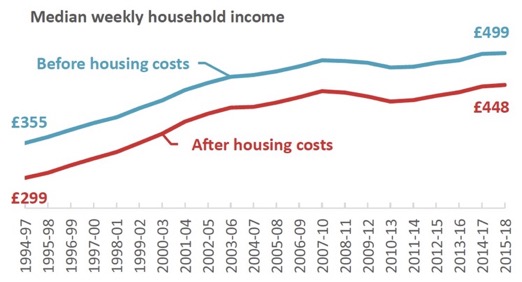 In 2015-18, median household income before housing costs was £499 per week, almost the same as £498 in 2014-17. Median income has increased slowly but steadily since the last recession and has reached its highest level since reporting began. 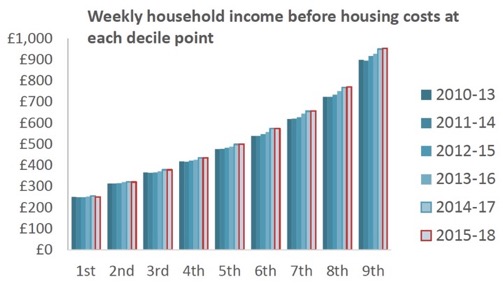 After housing costs data is available in the associated tables.

Deciles (or decile points) are the income values which divide the Scottish population, when ranked by income, into ten equal-sized groups. Therefore, nine decile points are needed in order to form the ten groups. Decile is also often used as a shorthand term for decile group; for example ‘the bottom decile’ is used to describe the bottom ten percent of the income distribution.