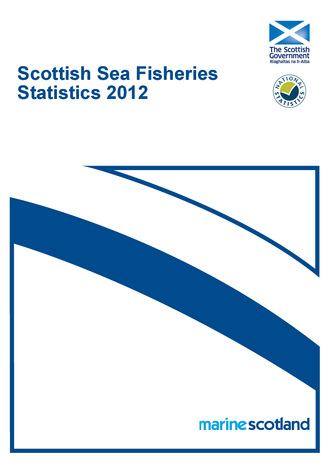 In 2012, Scottish based vessels landed 365 thousand tonnes of sea fish and shellfish, with a value of £466 million. This represents a nine per cent decrease in value in real terms compared to 2011, which was the highest value of the century. This decrease occurred despite a two per cent rise in the volume landed.

Quantity and value of landings of all species by Scottish vessels

This Scottish Sea Fisheries Statistics publication provides a detailed overview of the quantity and value of landings of sea fish and shellfish by Scottish vessels and landings into Scotland. Landings data are provided according to:

Data on landings by other UK vessels and landings into the UK is also provided. All landings quantities are given in terms of live weight.

As well as landings data, this publication addresses other aspects of Scottish fisheries:

All tables presented here, and previous publications, are available for download as spreadsheets from the Scottish Sea Fisheries Statistics website.