2.1 The word 'soil' means different things to different audiences. For many people soil is just dirt or mud under their feet; for farming communities it is the basis for their livelihoods; for developers it can be unwanted material or spoil; for engineers it forms the physical foundation for buildings and infrastructure. By contrast with various other aspects of our natural heritage, soils can be held under private ownership and be subject to varied land management and land use activities. There are clear economic and environmental values associated with the properties and uses of soils. Box 2.1 provides a broad definition of soil.

2.2 Soils are at the heart of most terrestrial life: they cover most of the natural terrestrial world and form the foundation of all terrestrial ecosystems, supporting key processes in biomass production and exchange with atmospheric and hydrological (e.g. river and coastal) systems. Soils are valued both for their functional roles and for their intrinsic physical, chemical and biological features.

2.3 Although soils are a continually evolving, living and dynamic medium responding to external pressures and management, some activities such as development or pollution can mean their recovery or reformation cannot take place within human timescales. This means soils are a finite and essentially non-renewable resource.

2.4 Soils provide a wide range of environmental, economic and societal benefits. Soil quality is conventionally defined as the ability or fitness of a specific kind of soil to carry out the functions described in the subsections below. Ongoing research endeavours to produce much clearer criteria for defining soil quality and associated environmental standards in relation to key soil processes and functions.

2.5 The concept of soil functions ( 5) is a useful way of expressing the various roles that soils perform. However, it must be remembered that soil has an importance and value in itself, not necessarily or easily defined by its managed applications. This aspect is highlighted by the growing interest in soil biodiversity, the historical records contained within soils (paleosols and paleoclimatic records) and in the social benefits accrued from activities such as gardening.

2.6 Soils are multi-functional, but most soils are managed specifically to optimise the delivery of one or two functions, which in turn may compromise their ability to perform the other functions. Soil functions are set out in greater detail below. It is important to note that soils are interlinked with air and water in such a way that they help regulate their quality. In particular, sustainable water management and soil management are intrinsically linked.

2.7 Providing the basis for food and biomass production 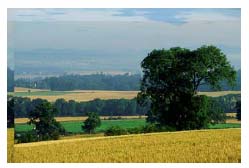 This is the most obvious and tangible of all the soil functions and the one to which it is easiest to attribute an economic value. The agriculture, forestry and horticultural industries are key parts of a sustainable rural economy. Healthy soils and sustainable management of existing soil resources enable these industries to produce high quality outputs. Although relatively small in extent, Scotland's prime agricultural soils have produced some of the highest yields of wheat and barley in the world. Lowland soils in the west of Scotland support very productive pastures and the associated dairy sector. Soils also sustain a very vibrant and diverse forestry and woodland sector. In urban settings, soils provide the basis for significant food production as part of gardens and allotments. 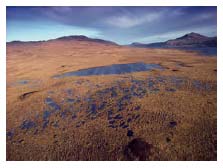 Soils play a vital role in storing, retaining and transforming contaminants and preventing their discharge to water courses thus reducing diffuse pollution. River basin management is a requirement under the Water Framework Directive and the maintenance of key soil filtering and transforming functions are of fundamental importance in River Basin Management Plans.

2.9 Storing carbon and maintaining the balance of gases in the air. 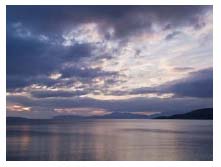 Scotland has large areas of organic matter rich soils which are a major sink and potential source of greenhouse gases. They contain the majority of the UK's reservoir of terrestrial carbon. Warmer climates and more intensive land use can increase loss of carbon from soils to the atmosphere. The relationship between soils and climate are described in more detail in Chapter 5.

The majority of Scotland's nitrous oxide emissions (a more potent greenhouse gas than carbon dioxide) come from agricultural soils. In addition, agricultural soils can be an important source of ammonia which affects sensitive semi-natural habitats through eutrophication. 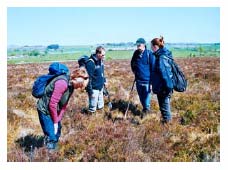 Soils are a reservoir of huge biological diversity. Soils support a number of terrestrial habitats of international significance and indeed should be viewed as being an integral part of those habitats and associated landscapes including blanket peatlands, montane habitats, native pine woodlands and machair grasslands. These habitats underpin Scotland's rural tourism and sporting industry in parts of Scotland where other economic opportunities are often limited.

The large and unexplored diversity of organisms in soil also represents a potentially valuable, but largely an as yet undiscovered genetic reservoir of organisms, enzymes, pharmaceutical and other bioactive compounds, which might be useful for a wide range of biotechnological industries. 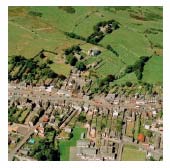 Scotland has a distinctive range of soils as a result of both specific environmental influences and a long tradition of soil use. These soils should be seen as an intrinsic part of our culture.

Soils in themselves provide a record of past environment and climate as well as previous cultural influences on them. They also provide a protective cover for subsurface archaeological remains. 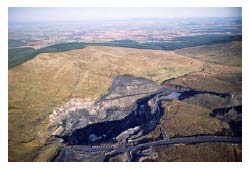 Soils provide a direct source of minerals and other resources, such as peat, topsoil, sand and gravel. Peat has been used as a traditional fuel in Scotland since prehistoric times and is also particularly important for the Scottish Whisky industry. Fulfilling the role of raw material provision could lead to the destruction of soils, to the detriment of other soil functions. However any extraction process, whether gravel, coal or other materials, should be properly planned and begin by stripping the topsoil and subsoil from the area concerned and storing them separately for re-use at the end of the process.

2.13 Providing a platform for buildings and roads

This function is different from the others in so far as once soil is used to fulfil a 'platform role', it loses, to a large extent, its capacity to fulfil its multi-functional role in the environment. The 'platform role' is in most cases connected with soil compaction and sealing (covering the soil with an impermeable surface), thereby reducing or destroying the ability of soils to provide environmental and ecological services. Soil is essentially a non-renewable resource and therefore the consequences of sealing are long term. Formerly sealed land can be restored, but can take many years before soils become fully functional.

2.14 A further concept which can be used to frame how soils provide environmental, economic and societal benefits is that of "ecosystem services". This concept is designed to identify explicitly the benefits that accrue from the wider environment (of which soil is a component) to society (Box 2.2).