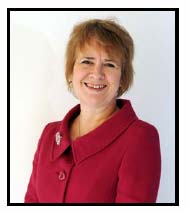 The Scottish Government has one, clear purpose: to focus the Government and public services on creating a more successful country, with opportunities for all of Scotland to flourish, through increasing sustainable economic growth.

Scotland's soils perform a large number of economic and environmental functions. Many industries, including farming and food production, forestry and tourism, depend on the sustainable use of soils. Soil management also plays an important role in sustainable flood management.

In Scotland we have a strong track record in soil protection. Research shows our soils are generally in good shape. However, there is no room for complacency, and pressures on soils need to be taken seriously in order to prevent soil degradation. The most significant of those pressures are climate change and loss of soil organic matter. Whilst there are uncertainties as to how exactly the future climate will impact on Scotland's soils, there is a risk that other threats like erosion, compaction, loss of biodiversity and nutrient leaching could be exacerbated.

At the same time there are increasing, sometimes conflicting calls on Scotland's soil resource: there is rising demand for locally produced Scottish food; increasing requirement for infrastructure development as well as for forestry cover and renewable energy production.

We need to prepare for these future challenges and enhance the soil's capacity to adapt to pressures under a changing climate. The Scottish Soil Framework was developed with key stakeholders, with the aim of raising the awareness about the services that our soils provide to society and the pressures they face.

The objective of the Framework is to instigate a process by which key stakeholders will work together to achieve better soil protection. The multi-functionality of soil requires partnership and coordination with key delivery partners. To bring about joint working, the Scottish Government will facilitate liaison amongst relevant organisations.

Scotland's soils are one of the Nation's greatest natural assets. They are valuable, but vulnerable. It is important that we find effective ways to use them sustainably. The Scottish Soil Framework will be an important step towards achieving the National Outcome on Natural Resource Protection and Enhancement.

Soils are at the heart of all life: they cover most of the natural terrestrial world. Because of the long timescales involved in soil formation processes, and as some impacts such as development or pollution are essentially irreversible, soils should be considered as a finite, non-renewable resource.

The soils of Scotland provide a wide range of environmental, economic and societal benefits. The term soil quality is conventionally defined as the ability or fitness of a specific kind of soil to carry out one or several of the following functions:

Due largely to the sustainable management employed by land managers over a prolonged period, Scotland's soils are generally in good health. However, compared with air or water, for which national, long-term datasets exists, for soils there is a lack of national trend data from which evidence of change or damage to soils might be determined.

According to recently published research, climate change and loss of organic matter are the most significant threats to Scottish soils. Both affect most soil functions with national impacts, which are difficult to reverse. In the case of greenhouse gas emissions, the impacts are global.

Construction leading to sealing, loss of biodiversity and deposition of acidifying and eutrophying air pollutants also represent significant threats to soils in Scotland. Threats most commonly associated with cultivation (erosion, loss of structure, compaction) do not pose high risks at the national scale. However, these do pose a threat locally and can have significant impacts, for example, loss of peatland habitat, damage to subsurface archaeological features and impacts on water quality.

In Scotland there is a significant body of policy in place relevant to soils, providing some direct or indirect protection of soils. However, no one legislative or policy tool has been developed specifically with the protection of soil in mind. Where policy or legislation does relate to soil, the extent is generally limited to the protection of a specific impact or function of that soil.

At European level, the European Commission has adopted the Thematic Strategy for Soil Protection following concerns about the level of soil protection within Members States. The Commission also proposed a Framework Directive for the Protection of European Soil, which sets out legislative proposals to prevent soil degradation, to preserve soil function and to restore degraded and contaminated soils.

Against this background, the Scottish Soil Framework has been developed in conjunction with advice from key stakeholders. Our vision is that soils are recognised as a vital part of our economy, environment and heritage, to be safeguarded for existing and future generations.

The main aim of the Framework is to promote the sustainable management and protection of soils consistent with the economic, social and environmental needs of Scotland.

The Framework identifies a wide range of activities that will contribute to 13 soil outcomes:

The publication of the Scottish Soil Framework is the first important step to raise awareness of sustainable soil management thereby encouraging better policy integration. The Framework will set in train a process during which future activities will be identified and taken forward jointly with key delivery partners.

In order to facilitate future activities, a Soil Focus Group will be established. The Group will act as a platform for liaison amongst key delivery partners and stakeholders and will advise on policy review and development in areas relevant for soil use and management. The Group will work together to develop and build on the activities set out in this Framework.

The Soil Focus Group will be flexible and able to adapt its working programme to respond quickly to changes in the policy context at both national and European level, where negotiations on the proposed Soil Framework Directive are ongoing, and provide advice to the Scottish Government accordingly.

Key to all future efforts is the need to continue to engage closely with land managers and stakeholders to improve the level of awareness of soil, and also with the research community, ensuring that all efforts are underpinned by sound evidence. The Scottish Government funds a substantial research portfolio Protecting the Nation's Soils. This reflects the key role that this natural resource plays in delivering economic and environmental benefits. At the same time, it highlights the scientific uncertainty on many fundamental soil processes. The full exploitation of the findings of soil research by stakeholders will be a significant step towards sustainable soil management.