4.1. Regulation of the UK fleet

UK fishing vessels are required by law to be registered with the Registry of Shipping and Seamen (RSS), part of the Maritime and Coastguard Agency. Fishing vessels must also have a licence that specifies conditions that must be adhered to. For the purpose of this publication, active vessels are those that are both registered and licenced as at 31st December of that year. Scottish based vessels are those registered to a port in Scotland licenced and administered by a Scottish district. UK fishing vessel licences authorise the sea areas in which a vessel can fish and the species of fish that can be caught.

The capacity of fishing vessels in terms of vessel tonnage and power is also controlled through licences. With a finite number of licences in existence and no new licences made available, this places a ceiling on the total number and capacity of vessels in the UK fishing fleet. In order to licence new vessels, fishers must acquire one or more existing licences from other previously licenced vessels.

The number of active Scottish based vessels has increased to 2,065 vessels in 2017, a two per cent increase (32 vessels) since 2016 and a six per cent decrease (135 vessels) since 2008 (Table 35 and Chart 10). The Scottish fleet is dominated by vessels that are ten metres and under in length, with a total of 1,503 vessels falling into this category in 2017, accounting for 73 per cent of the Scottish fleet. 562 vessels are over ten metres in length.

The ten metre and under fleet mostly fish using creels, traps in the form of cages or baskets, typically baited and used to target shellfish species. In 2017, 88 per cent (1,323 vessels) of the 1,503 ten metre and under vessels were fishing using creels. Of the 562 over ten metre vessels, 64 per cent (358 vessels) targeted shellfish, whilst one third (33 per cent) targeted demersal species. Only 20 vessels targeted pelagic species, 17 trawlers and the remaining three - purse seiners. Creel fishing vessels and Nephrops trawlers form the majority of the over ten metre shellfish group, whilst trawlers dominate the demersal group (Table 38).

Around one quarter of vessels (24 per cent, 505 vessels) in the Scottish fleet are of unknown age. Of those that are known, slightly over half (52 per cent) are at least 20 years or older, with an overall average age of 28 years (Table 36 and Chart 11).

Chart 10. Number of Scottish vessels by vessel length and main fishing method 2008 to 2017 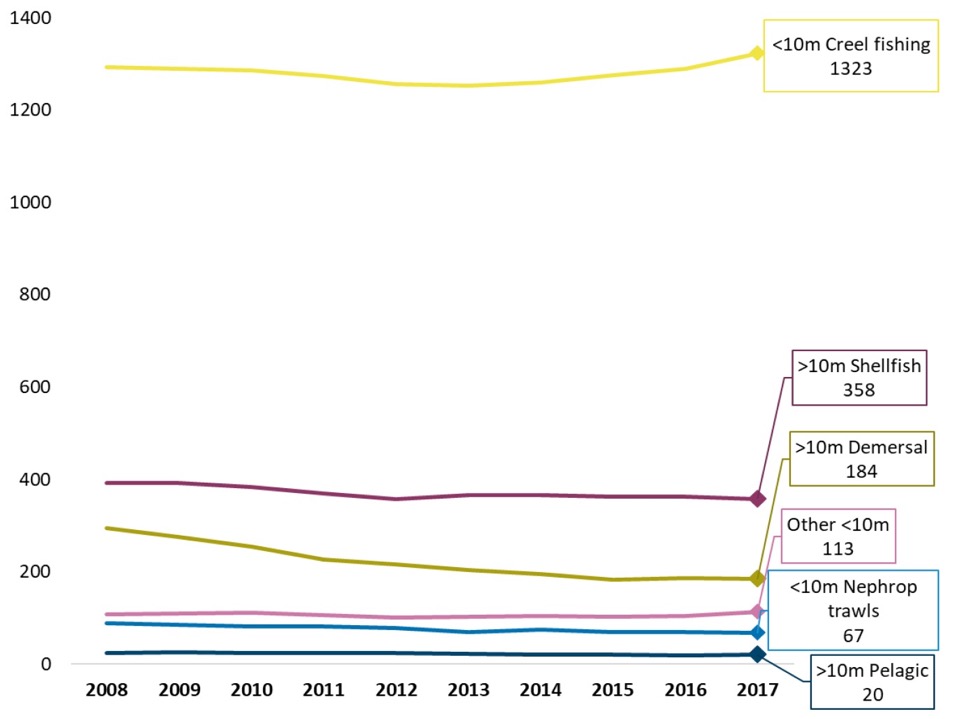 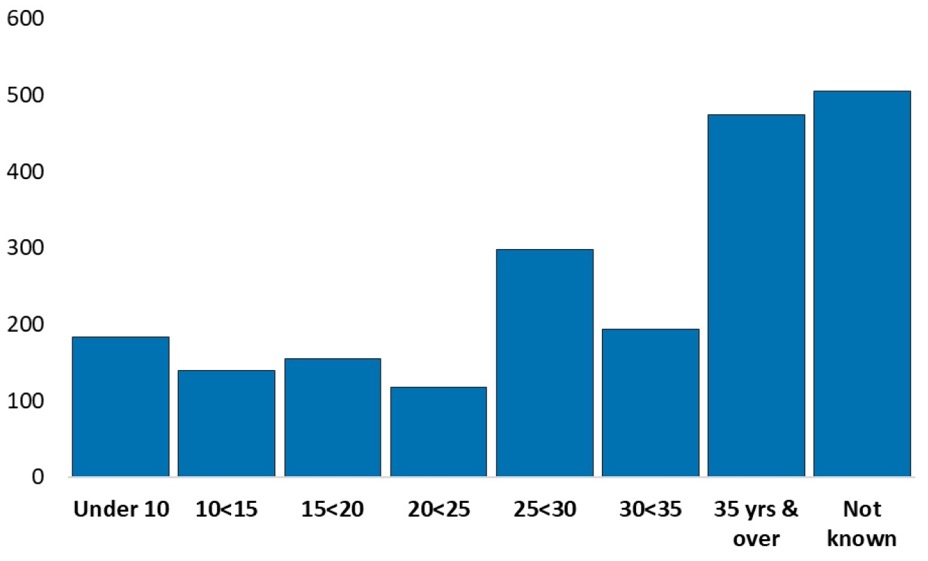 Figure 8 and Table 39 show the number of vessels in each of the eighteen administration districts in Scotland (see the map). Stornoway and Fraserburgh are the two largest districts in terms of vessel numbers with 209 vessels (ten per cent of the Scottish fleet) each in these two districts. 79 per cent of the vessels in the Stornoway district were in the ten metre and under category, whereas for Fraserburgh district this was 54 per cent. Lochinver is the only district to have more over ten metre vessels (63 per cent) than ten metre and under vessels. In the over ten metre fleet, there are more vessels targeting shellfish on the West coast than in the islands or East coast, whereas demersal and pelagic vessels are concentrated on the East coast. 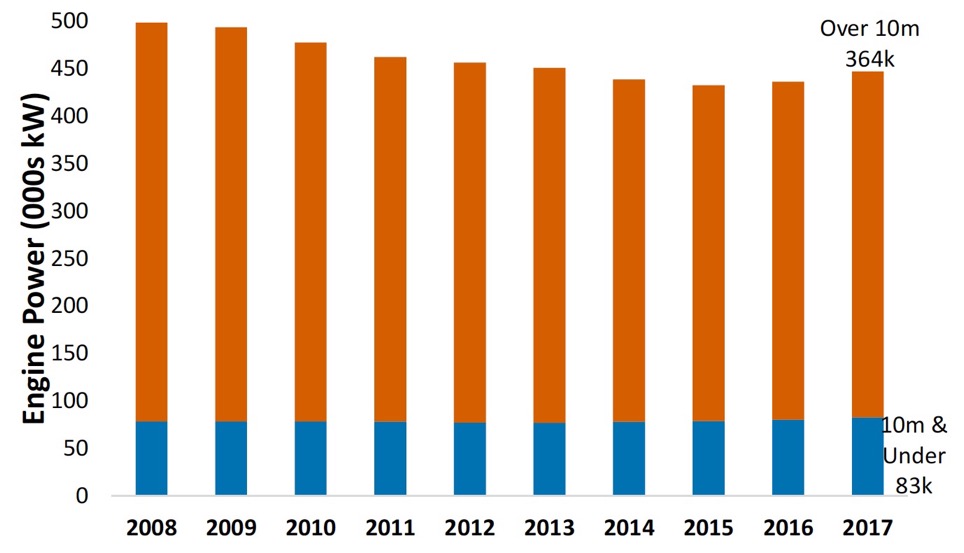 Figure 8. Number of vessels in the Scottish fleet by district by vessel length and main fishing method 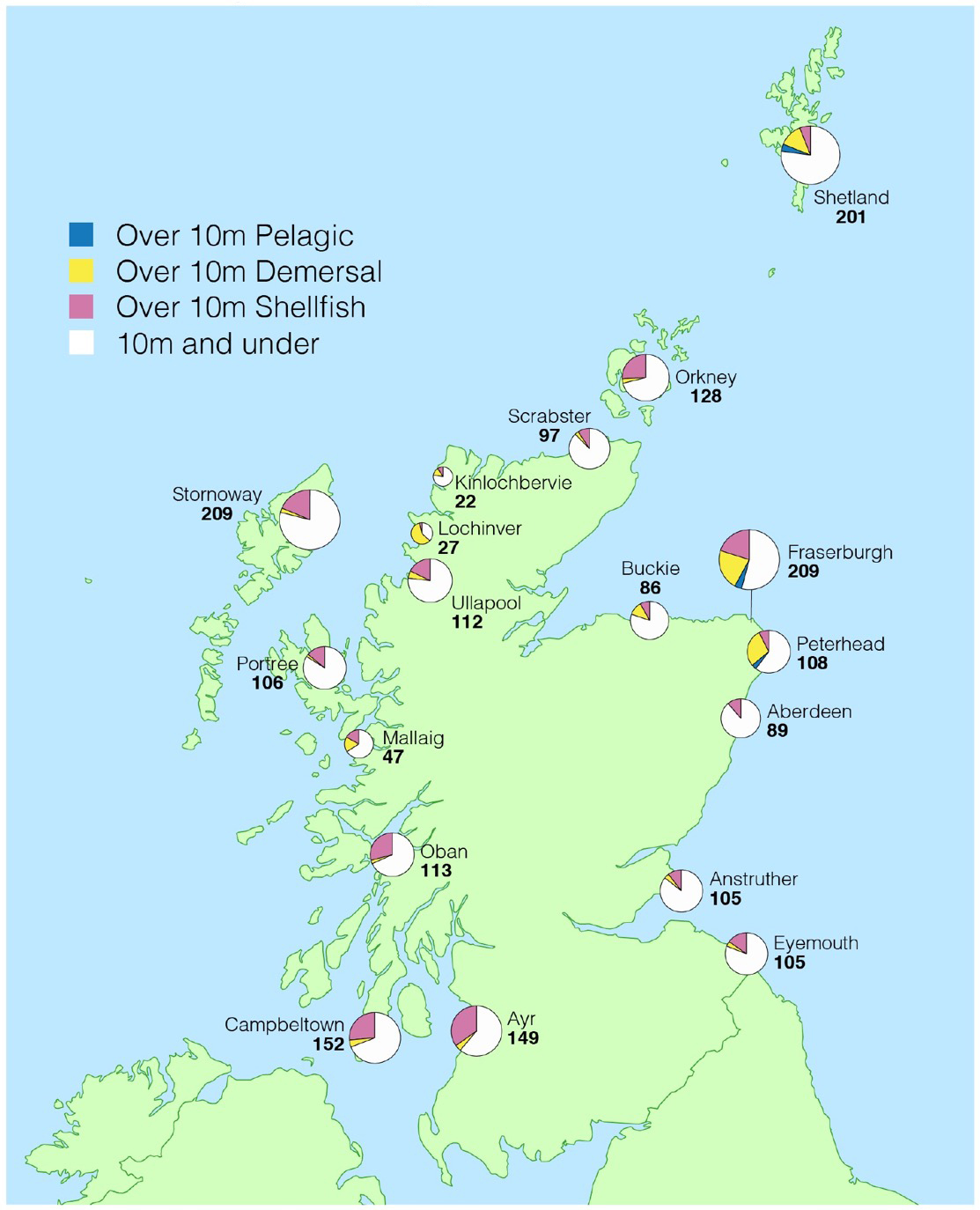