In 2017, Scottish vessels landed 466 thousand tonnes of sea fish and shellfish, with a gross value of £560 million. Compared to 2016 there was a small change in the real value of landings (one per cent decrease) and a three per cent increase in the tonnage landed.

The decrease in value was driven mostly by pelagic species – herring and mackerel, as demersal and shellfish species both increased in value. Mackerel remains the most valuable species at £162 million, accounting for 29 per cent of the total value of Scottish landings. In 2017 the real value of mackerel fell six per cent and tonnage decreased by five per cent.

The top three demersal species by value are haddock, monkfish (anglerfish) and cod. The real terms value of haddock was up 11 per cent to £42 million, monkfish three per cent to £36 million and cod 23 per cent to £34 million since 2016. Together these three species account for 20 per cent of the total value of Scottish landings. 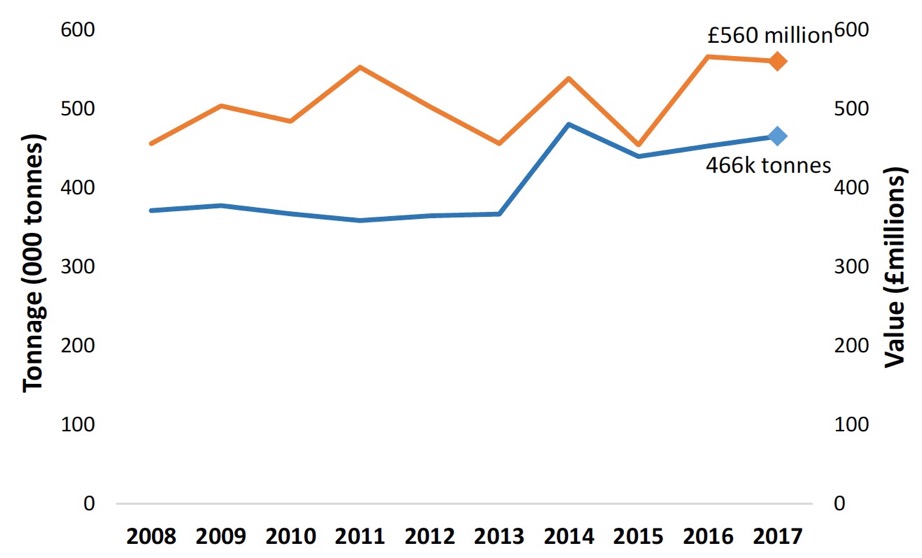 There were 2,065 active Scottish fishing vessels in 2017, an increase of 32 vessels (two per cent) from 2016. In 2017, the number of over ten metre vessels was 562, down four vessels from 2016. The over ten metre demersal sector consisted of 184 vessels, a decrease of two, while the pelagic sector increased by one to 20 vessels. The number of vessels in the shellfish sector decreased by three to 358 vessels.

There were 4,799 fishers employed on Scottish based vessels at the end of 2017. This figure is consistent with 2016 (less than one per cent change). Compared to 2016, there were 98 more regularly employed fishers (three per cent increase), 77 fewer irregularly employed fishers (eight per cent decrease) and 45 fewer crofters (88% decrease). This large change in crofters may represent difficulties in accurately identifying crofters. 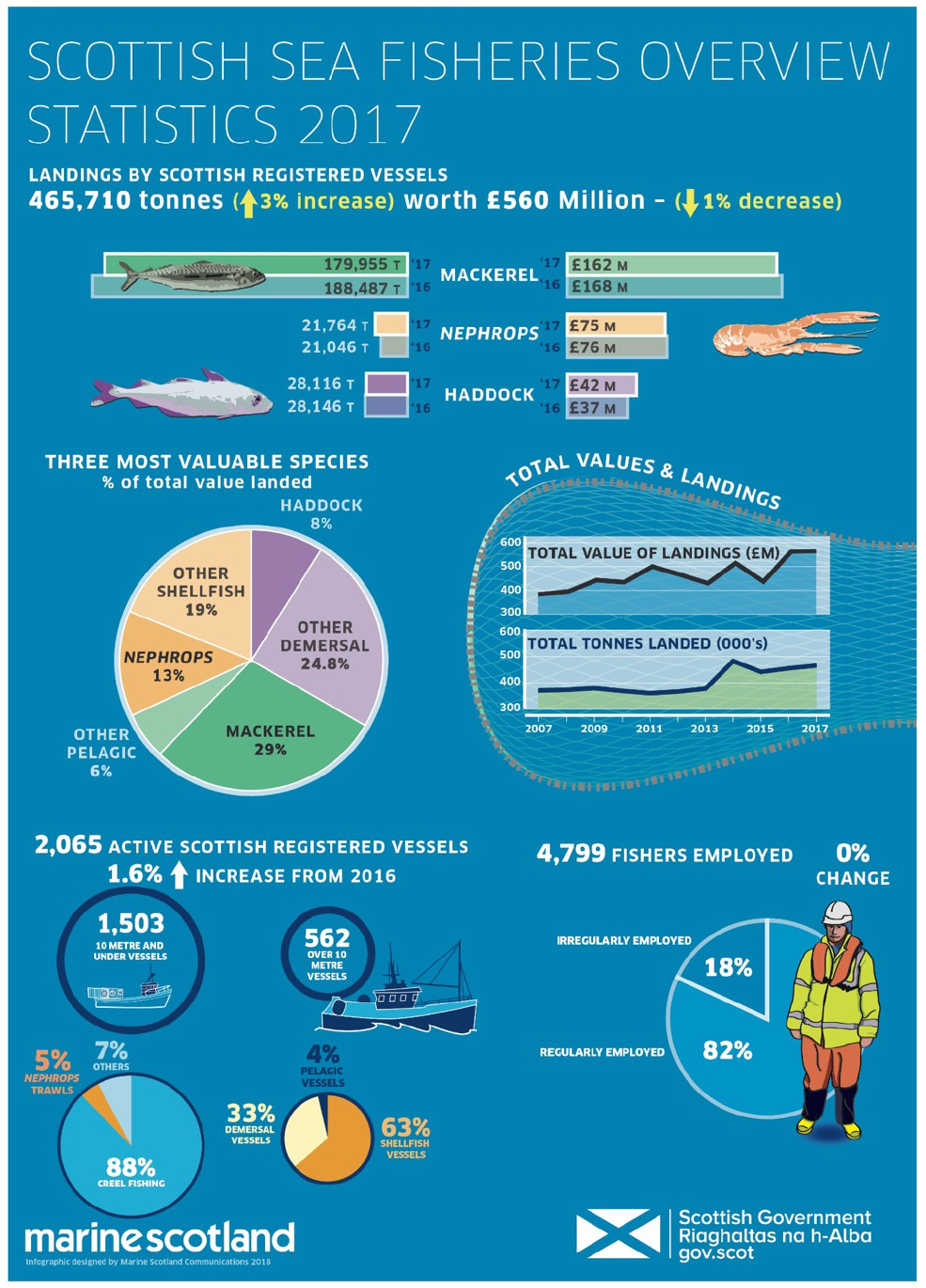