10.1 The economic importance of tourism in the local economy 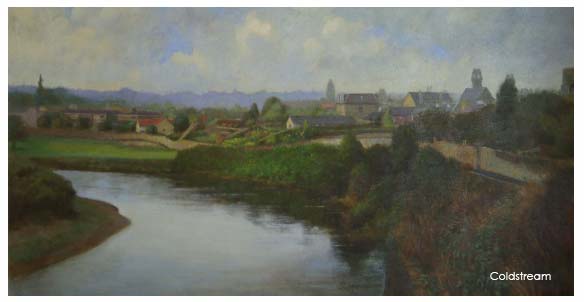 A glance at the Borders statistics suggests an area with a healthy economy. The level of unemployment amongst local residents is little more than half of the Scottish average, at around 1.2 per cent, and the area's population has grown by 3 per cent in the past five years. The region looks attractive, with many well kept market towns and rolling countryside.

However, the outward prosperity masks subtle differences. The indigenous and more southerly economy has long been one of the lowest-income areas of Scotland. Much of the growth, both economically and in employment terms has been in the north of the region, those areas most convenient for routes north to Edinburgh, around Tweeddale and the Central Borders. Areas like Peebles are now very firmly part of the Edinburgh commuter belt and money earned by commuters makes up about 18 per cent of the overall earned income of Borderers.

The region's traditions are in manufacturing, and more than one in seven jobs are still in that sector. The Borders is famous throughout the world for the manufacture of cashmere and other textiles. However, this is a traditional sector which has gone through some very difficult times in recent years and has seen dramatic reductions in the numbers employed. The Borders also suffered the contraction in the textiles industry, with a number of high profile factory closures during the 1990s. However, manufacturing still very much lives on in the Borders, with firms producing a range of products, ranging from pharmaceuticals to smoked salmon to coat hangers.

Tourism is an important and growing element of the regional economy, both for its attractions as a destination and for the passing trade heading north and south on the A1, A68 and A7. In 2006 there were an estimated 1.1 million overnight stays by UK visitors and 350 000 by overseas visitors. There were also a large number of day trips, due to the proximity of Edinburgh and some particular attractions, including the 7stanes mountain biking facilities in Glentress Forest Park, a selection of gardens, stately homes and Abbeys as well as sporting events such as the Rugby Sevens.

The health of the local economy and the proximity of Edinburgh suggest that any small decline in the tourism sector could be absorbed with relative ease.

Table 10-1 Wind farms in The Borders: Current and Applications

10.3 Wind farms in the landscape 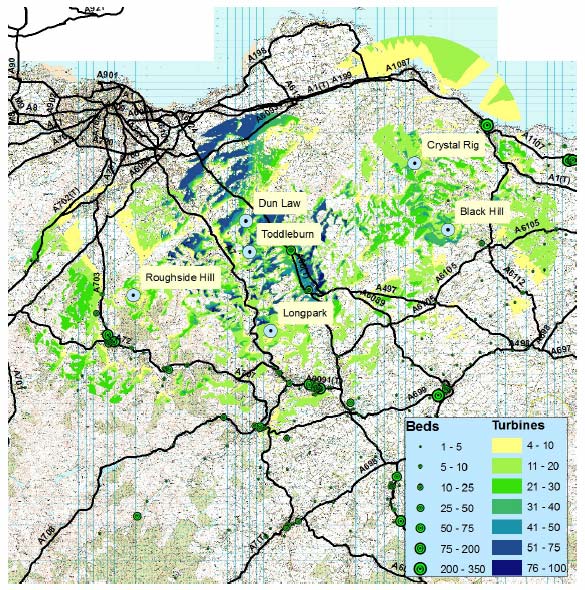 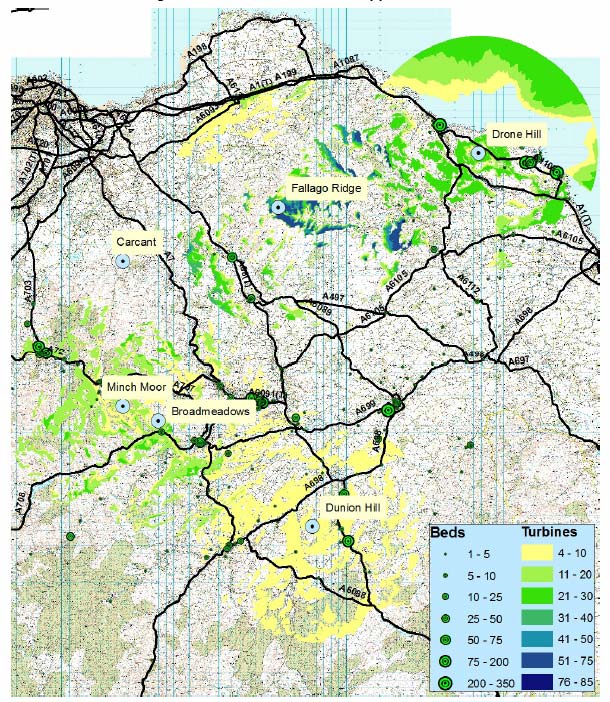 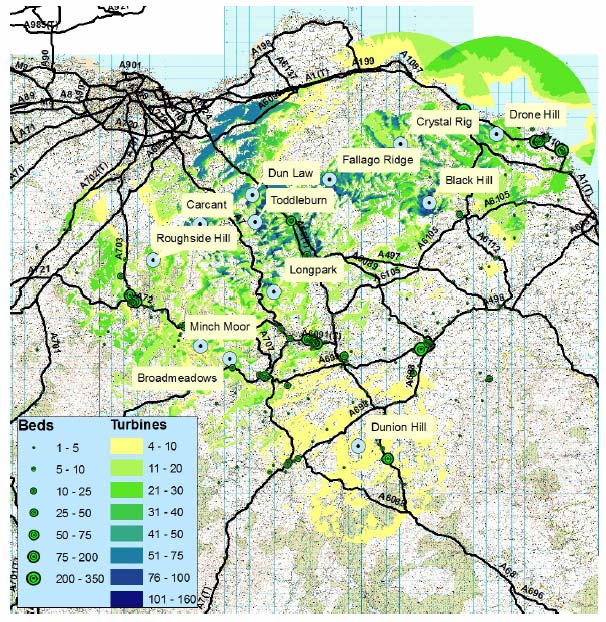 Table 10-2 show the km exposed on each named road. In practice there will be few routes that will not be exposed to wind farms in The Scottish Borders if all applications proceed.

Tourist traffic in the Borders is of four types. Firstly there are those who are holidaying in the area, either or a relaxing week or, more likely, a short break. This is the group most at risk from any negative impacts. The second group are day trippers predominantly from Edinburgh and the Lothians. The third group are those en route to the towns and cities of the central belt, particularly Edinburgh and the highland areas to the North and West. Finally there are those en route from the central belt to England and further afield.

Although shorter it is clear that most of those "en route" choose the M6 route, with the A1 /A68 being used only by those from the North East and Yorkshire and Humberside. This will, however, include those entering the UK from Newcastle and possibly some from Hull.

Because of the unknown number of circular day trips the estimates on the following schematic map must be treated with considerable caution. The following pie chart shows the number of tourists entering the Lothians from the Borders

What may be surprising is the importance of the A1 as a tourist route into Scotland.

Figure 10-5 provides the schematic map. Again please note that these estimates are less safe than in some of the other areas because of data quality, circular trips and a more complex road system.

The result of combining approved and applied applications is to suggest that perhaps only 8.4% of tourists will avoid exposure to wind farms by appropriate choice of circular routes. Conversely 91.6% of tourists in the Borders will be exposed.

Table 10-3 shows that, if all applications proceed, some 13.3% of beds available in the Borders will be in accommodation exposed to wind farms. It should be noted that the majority of these relate to applications not approvals. Making the 50% assumption this implies 6.7% will have some reduction in value.

Table 10-3 Accommodation in the Borders Affected

Given the maximum percentage loss of value is 18% this suggests a maximum reduction in expenditure of £221,000. It is important to note that, particularly in The Borders, substitution to unaffected accommodation and a simple reduction in unused capacity is possible which will substantially reduce the economic impact.

Figure 10-6 provides details of the implications on the local economy of the estimated reduction in tourist activity. Overall the effect is to reduce incomes by over £1.5m and lose some 75 FTEs.

Fig10.7 illustrates the impact of the drop in expenditure of £221,000 on accommodation due to changes in the landscape associated with the rooms. The reduction in VAT payable initially reduces the impact, but the subsequent loss of wages and business for other industries in the area increases the impact to an eventual output effect of £363,000. This drop is associated with falls in incomes totalling £169,000 and 6 fewer jobs. The relatively high wage levels compared to Dumfries and Galloway probably reflects a different type of accommodation with far more country house hotels and far fewer caravans. 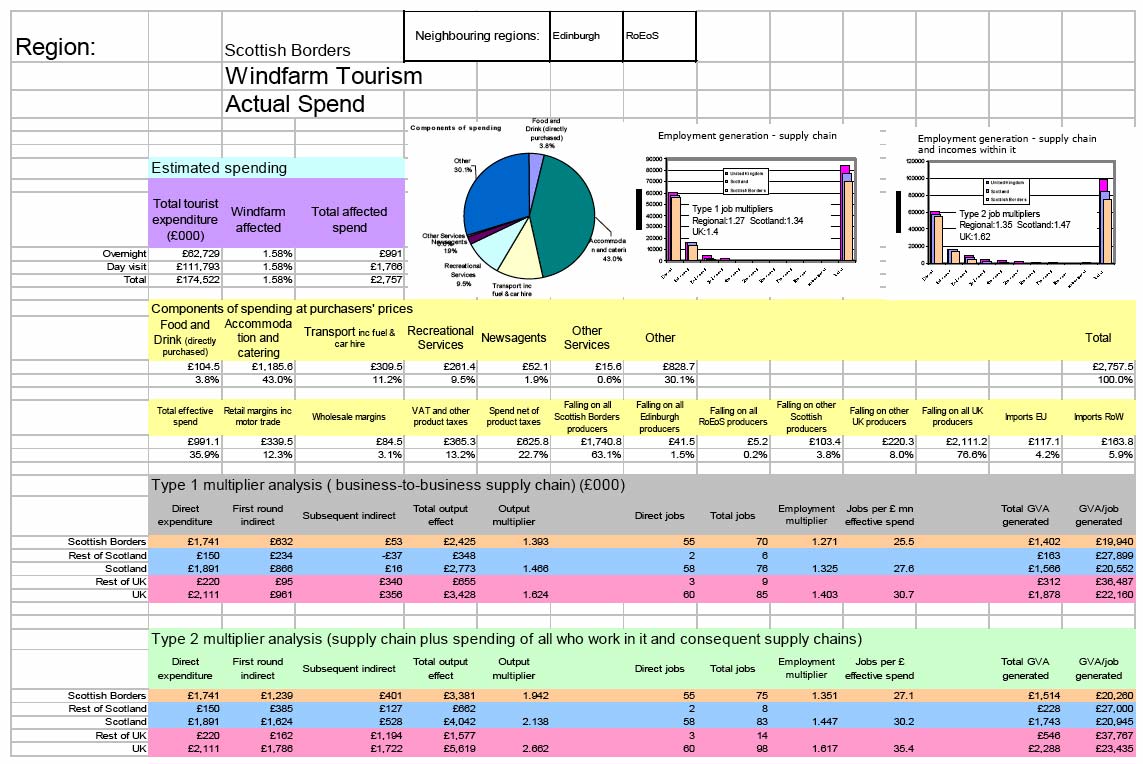 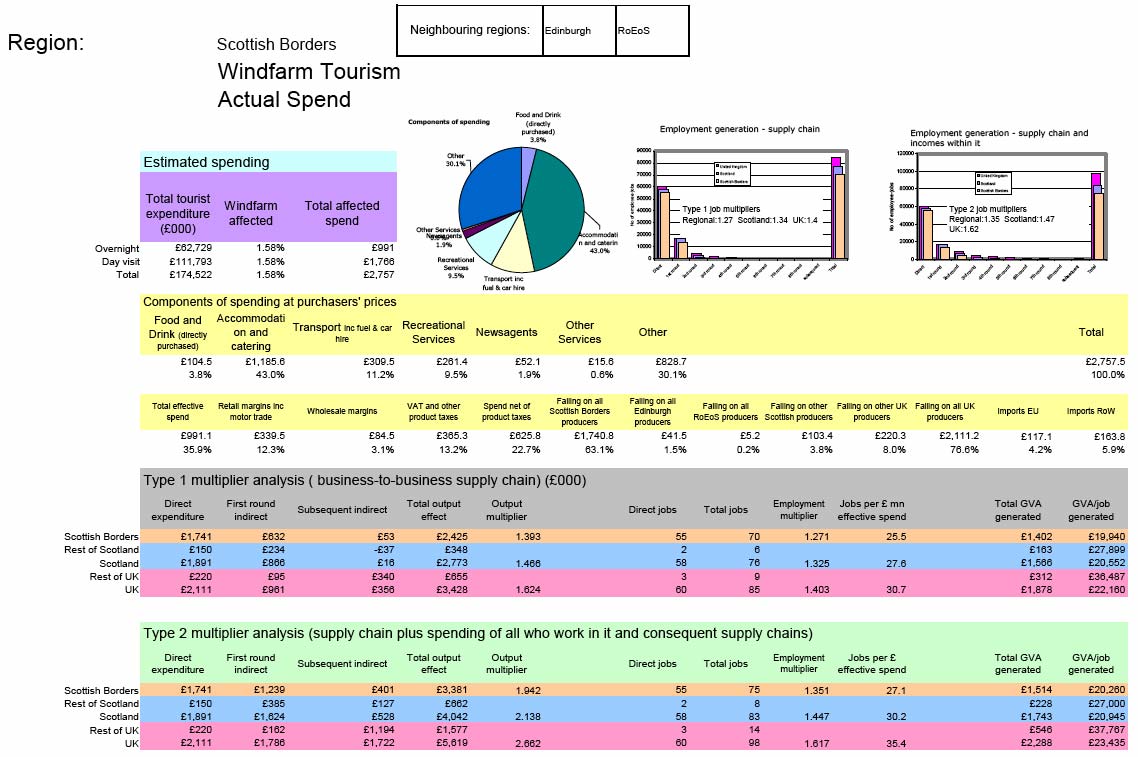 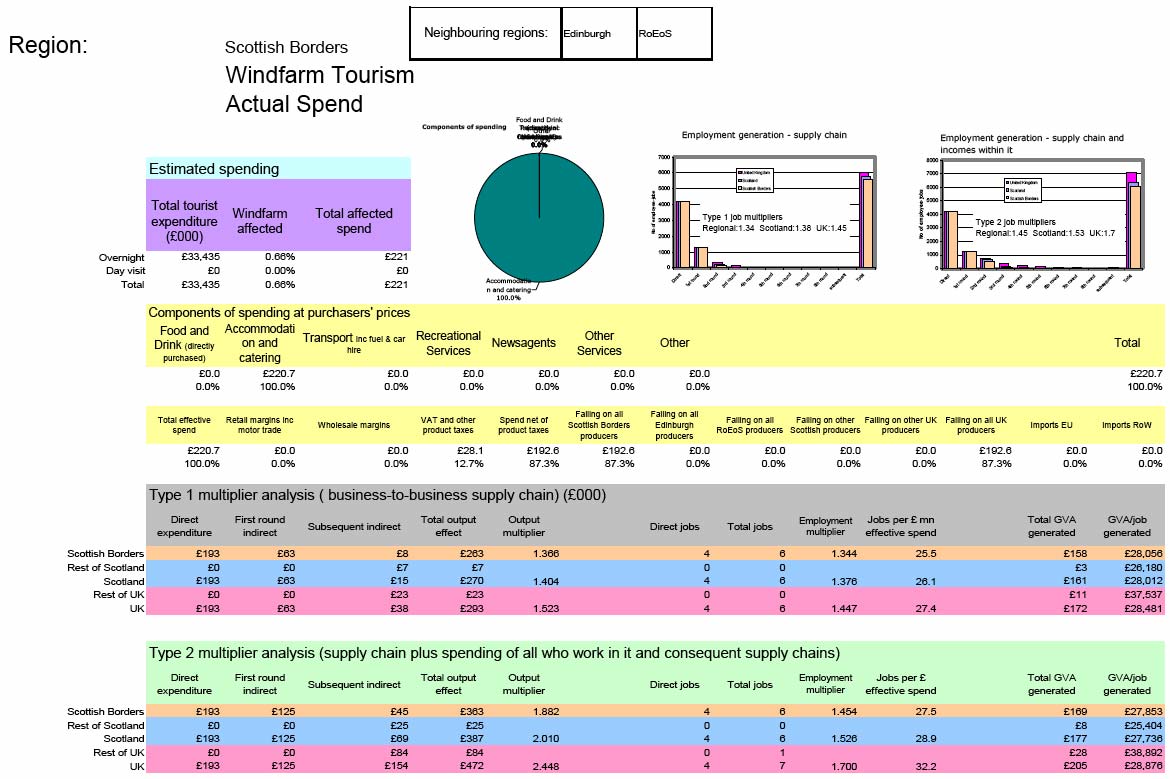