Structure and Functions of Local Government

Local government in Scotland primarily comprises of 32 councils as shown in Map 6.1. In addition to these 32 councils, there are also Valuation Joint Boards, Regional Transport Partnerships and the Tay Bridge Board. Most of these Boards are the collective responsibility of two or more Councils. See Table 6.1 for listings of Boards and constituent councils.

Since 2003, local authorities have been required to undertake Community Planning in partnership with other agencies (such as health boards, enterprise, police and fire bodies) responsible for public service delivery in an area. More recently, the Public Bodies (Joint Working) (Scotland) Act 2014 put in place a requirement for NHS Boards and local authorities to work together to deliver integrated health and social care services through Health and Social Care Partnerships.

1. Helensburgh and Lomond are part of SPT while the rest of Argyll & Bute is part of HITRANS. 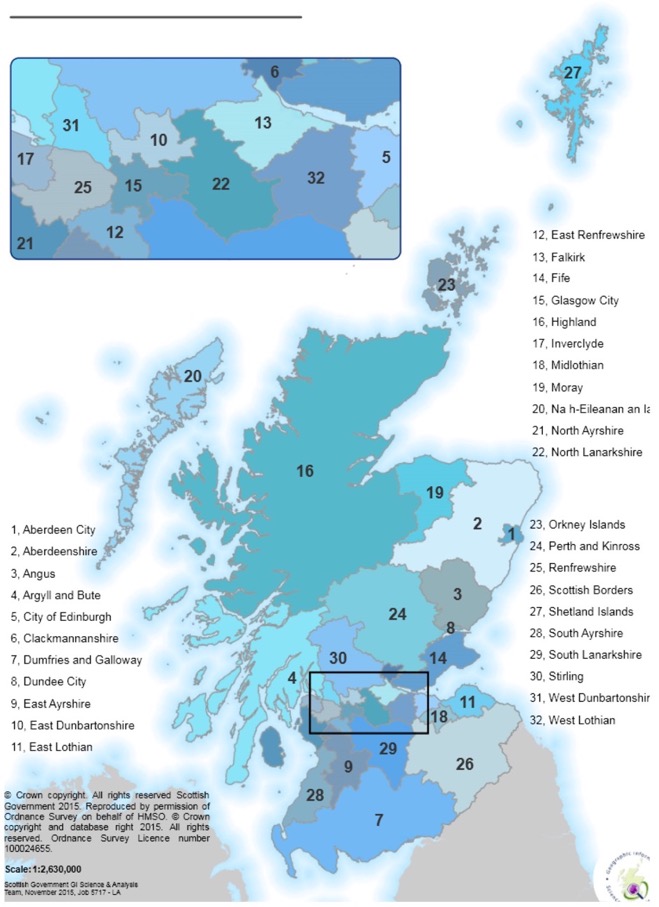