The income/expenditure figures should not be used to gauge the health of a pension fund as the ratio of income to expenditure will depend on a number of factors including the age of the fund and whether it is open or closed to new members. The relative financial health of the pension scheme is gauged through the three-yearly actuarial valuations carried out on each of the funds. 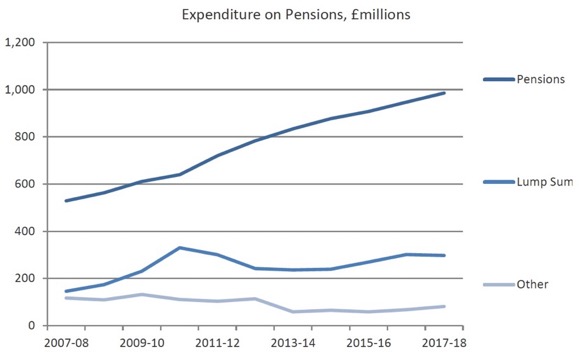 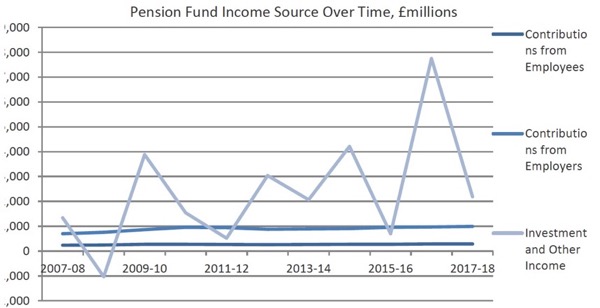 Local Government Pension Scheme Funds are operated as separate funds to other accounts. In accordance with regulations 9 and 65 of The Local Government Pension Scheme (Scotland) Regulations 2014, employee and employer contributions are paid into the fund, along with income from investments, and pensions and lump sum benefits are paid out of the fund. The income and expenditure from these funds are therefore entirely separate from the income and expenditure of the authorities that administer the funds.

Tables 5.1 and 5.2 show the collective income and expenditure for the Local Government Pension Scheme for the year in question, with income from contributions representing payments for pensionable service accrued during the year which will be paid out (as part of an overall pension) at a future date and expenditure on pensions representing payments of previously accrued pension rights. The relative financial health of the pension scheme is gauged through three-yearly actuarial valuations of each of the eleven funds.

1. Payments under the Pensions (Increase) Act 1971 relate to costs associated with uprating of pensions. In some cases local authorities were unable to separately identify this cost and included it within pensions, lump sums & other benefits.

2. Transfer Values are due to scheme members transferring to other pension schemes (for example where a scheme member has moved to a different employer).