Local authorities can hold reserves to spend on services in the future and borrow to fund capital expenditure that will create an asset. 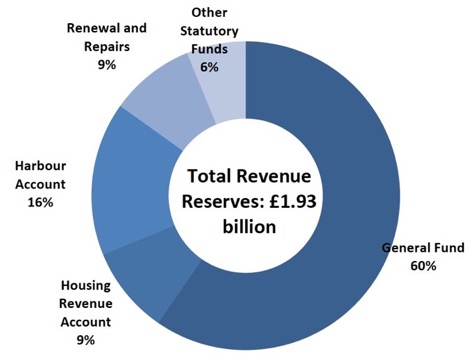 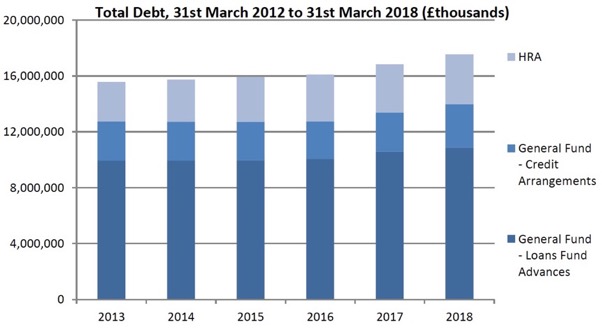 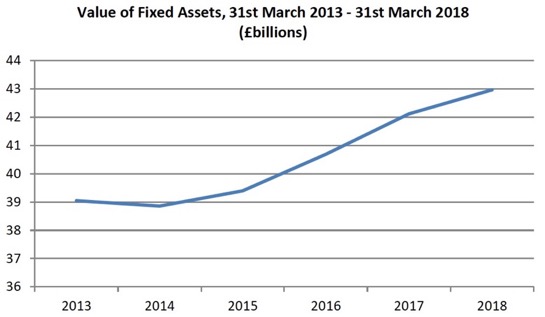 Local authority capital expenditure is financed from a number of sources. When this is by borrowing money or a credit arrangement (e.g. finance lease, Public-Private Partnership (PPP) or Private Finance Initiative (PFI)) a debt liability is created to be repaid by the local authority from future revenues.

The expenditure recorded in the Loans Fund is expenditure which has been deferred (i.e. not met by taxpayers or housing tenants when it is incurred) and is to be charged to taxpayers or housing tenants over a number of future years. The value of a Loans Fund will increase whenever an advance is made for expenditure incurred, or loans made, in any financial year. The value of the Loans Fund will reduce when Loans Fund advances are repaid by making a charge to the General Fund or Housing Revenue Account. The balance on a Loans Fund at 31 March each year represents the amount of past expenditure a local authority has a liability to fund from its future revenue budgets.

A local authority will borrow externally to fund the expenditure that is deferred and recorded in the Loans Fund. The balance on the Loans Fund should be similar to the value of external borrowing. There may be differences between the two values. Local authorities may borrow internally, that is use cash reserves rather than borrowing externally, or may borrow in advance of incurring the actual expenditure to take advantage of favourable interest rates.

Following a review of the capital forms in 2015, the timing of the data collection was changed to allow for final, audited capital data to be collected. Prior to this, the data was collected after the financial year had ended, but before the audit of the accounts was complete.

Credit arrangements such as Private Finance Initiatives (PFI) and Public Private Partnerships (PPP) including the Scottish Non Profit Distributing (NPD) model are not charged to the Loans Fund, but are a form of borrowing and included in the total debt figures.

The CIPFA Prudential Code sets out a framework for a local authority to demonstrate its capital investment plans are affordable, prudent and sustainable. A number of prudential indicators are set and monitored against three year capital expenditure plans.

The authorised limit represents the maximum amount that the authority may borrow and is set at a level that reflects capital expenditure plans but includes headroom to allow for unusual cash movements i.e. treasury management. 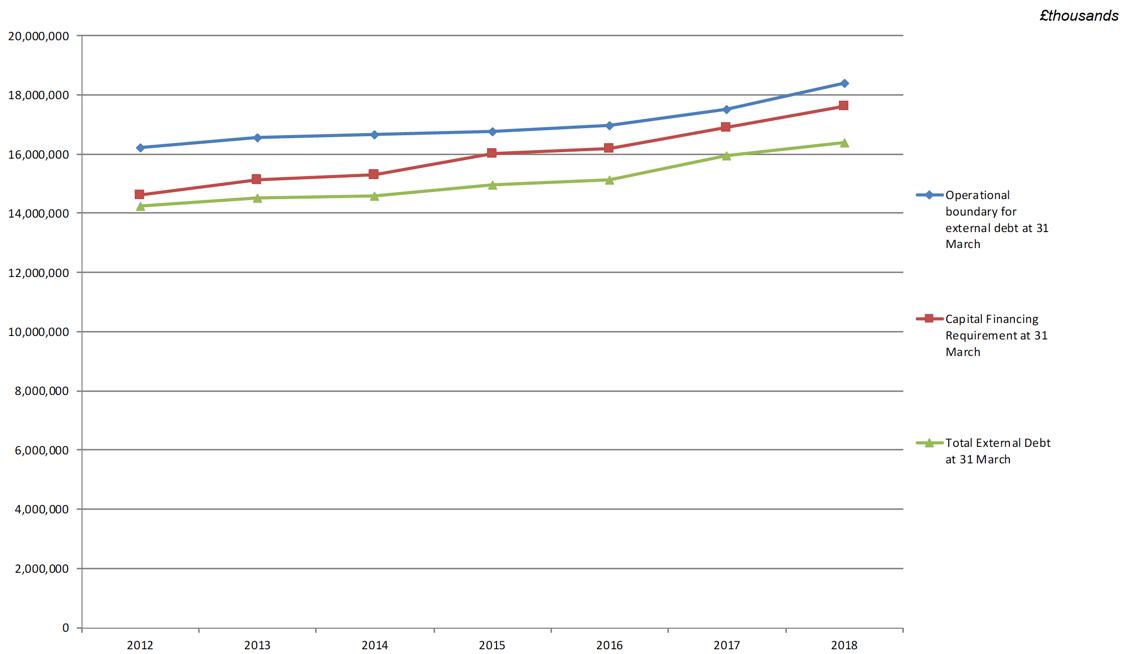