Section D. Revisions to the Inventory and Methodology

This section examines key revisions in estimated source emissions between the latest inventory (1990-2017) and the previous inventory (1990-2016) published in June 2018. It also provides a summary of the cumulative impact of revisions since the 1990-2008 inventory. In October 2015, the Scottish Government published a paper Scottish Greenhouse Gas Emissions 2013. Key Revisions Since 2008, which provides a breakdown of the key revisions to the data within the Scottish Greenhouse Gas Emissions Official Statistics publication over successive years from the 1990-2008 inventory to the 1990-2013 inventory. This section of the publication is intended to build on this revisions paper.

Compilation of the Greenhouse Gas Inventory

The greenhouse gas inventory covers a wide variety of anthropogenic sources of greenhouse gas emissions. There is therefore a wide variety of emissions sources which require different approaches to their estimation. There are a large number of data sources used in its compilation, obtained from Government statistics, regulatory agencies, trade associations, individual companies, surveys and censuses. The methods used to compile the greenhouse gas inventory are consistent with international guidance on national inventory reporting from the Intergovernmental Panel on Climate Change.

Most emission estimates are compiled by combining activity data (such as fuel use) with a suitable emission factor (such as amount of CO2 emitted per unit of fuel used). Estimates of emissions from the industrial sector are often compiled based on plant-specific emissions data. Emissions from some sectors are based on more complicated models - such as the model used to estimate emissions from landfill, and the model used to estimate the carbon dynamics in soils when trees are planted. Much of the data on net emissions from agriculture and related land use, land use change and forestry emissions are based on modelled data for Scotland, which are consistent with, but not constrained to, the UK totals and thus are known as "bottom up" estimates.

Many of the remaining emissions sources within the inventory have been collated on a "top down" approach where estimates of emissions have been apportioned to Scotland using proportions of energy use in the Department of Business, Energy and Industrial Strategy (BEIS) Publication "Digest of UK Energy Statistics (DUKES)". This approach is prompted by data availability on emissions being more limited at the sub-UK level.

Charts D1 to D3 illustrate the impacts of revisions between the 1990-2016 and 1990-2017 inventories. This is followed by a discussion of the reasons for the key revisions. 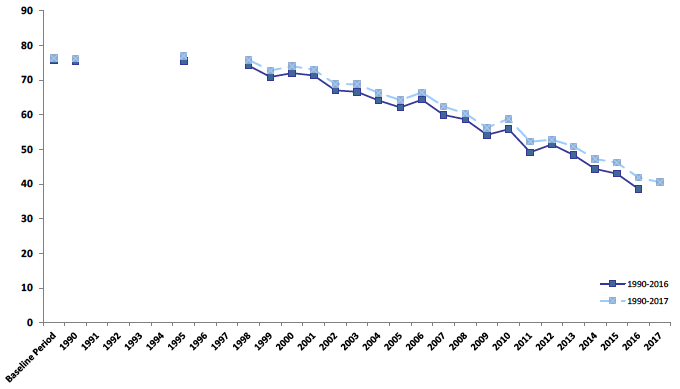 Chart D2 shows that the main revision to the baseline period occurred in the Forestry sector (revised upwards by 0.7 MtCO2e). Agriculture and Related Land Use saw a small downwards revision to the Baseline period (-0.2 MtCO2e). Other sectors saw very little change between the 1990-2016 and 1990-2017 inventories.

Chart D2. Revisions to emissions in the Baseline Period, from the 1990-2016 inventory to the 1990-2017 inventory, by source sector. Values in MtCO2e, and percentage changes 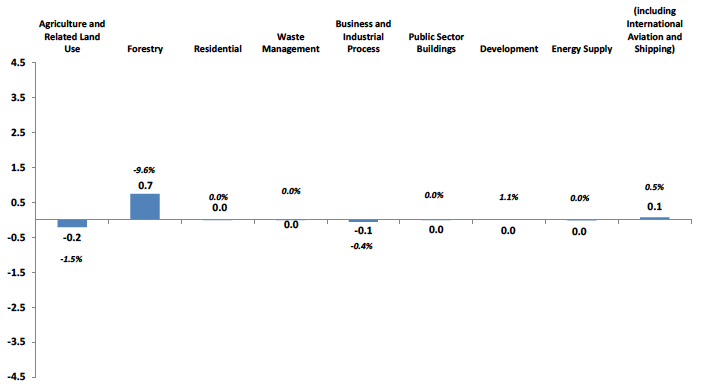 Chart D3 shows that the greatest revision to 2016 occurred in the Forestry sector (+3.0 MtCO2e). Smaller positive revisions have been made to Energy supply and Transport emissions; and a small negative revision has been made to Agriculture and Related Land Use emissions. 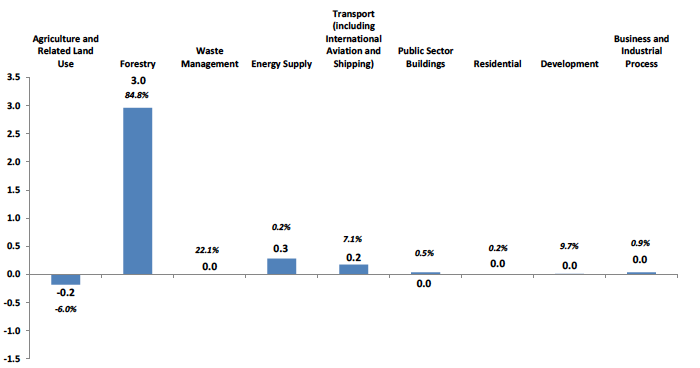 Details of Main Revisions and Interpretation of Revisions to the Inventory

Revisions to emission inventory estimates reflect the continuous development of scientific understanding of emissive processes, and the improvement to underlying data and methods to generate accurate emission estimates; few revisions to the Greenhouse Gas Inventories arise as a result of 'errors' in the popular sense of the word. The compilation of the inventory is governed by a rigorous quality assurance process and is subject to a great deal of third party scrutiny, such as annual reviews by the UNFCCC of the UK inventory.

The latest published Scotland greenhouse gas inventory (currently 1990-2017) represents the best available data at the time and these supersede any previous data, which should be disregarded.

A complete list of the revisions between the previous and latest inventories can be found in the National Atmospheric Emissions Inventory report Greenhouse Gas Inventories for England, Scotland, Wales and Northern Ireland: 1990 - 2017. Details of the most notable revisions are listed below:

There have been some substantial revisions to net emissions in the forestry sector in this release of the inventory; these revisions have impacted upon all nations of the UK but have disproportionately affected Scotland given its relatively large forestry sink. The revisions are due to a number of factors:

A revision to trends provided in the UK Sea Annual Fisheries publication has meant that there are recalculations to emissions from fishing vessels throughout the UK. These recalculations are driven by changes to the UK national inventory and are more thoroughly detailed in the most recent National Inventory Report[15].

4. Agriculture and Related Land Use

The UK inventory estimates for dairy and non-dairy cattle emissions have been revised in the 2019 submission cycle following a recalculation to correct an error in breed breakdown. There has also been an update to the maintenance energy assumptions for some non-dairy categories.

Interpretation of uncertainties in the inventory

All estimates, by definition, are subject to a degree of statistical 'error' but in this context it relates to the uncertainty inherent in any process or calculation that uses sampling, estimation or modelling.

Estimates of greenhouse gases are compiled by a consortium of contractors. The source emissions are based upon a range of data sources, ranging from model based estimates to point source emission data. As a result, the estimates are subject to a degree of uncertainty. Full analyses of these uncertainties are provided on the National Atmospheric Emissions Inventory website.

Future revisions to the inventory

Every year, greenhouse gas inventories are updated to reflect improvements in the underpinning science, data and modelling which often result in revisions to the entire time series. These revisions also reflect changes to the Intergovernmental Panel on Climate Change (IPCC) guidelines. The Scottish Government is represented at the UK's National Inventory Steering Committee, where improvements to the Scottish and UK inventories are discussed. Some of the changes for the 1990-2018 inventory and for subsequent inventories are already known. However, the exact magnitude and direction of future revisions are not currently clear but on balance we should expect emissions to increase substantially in future inventories.

There are a number of projects underway which might result in considerable revisions for future inventories in a number of sectors. For instance: 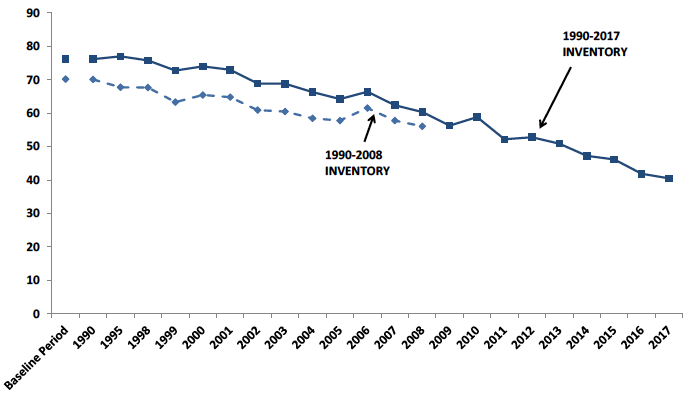 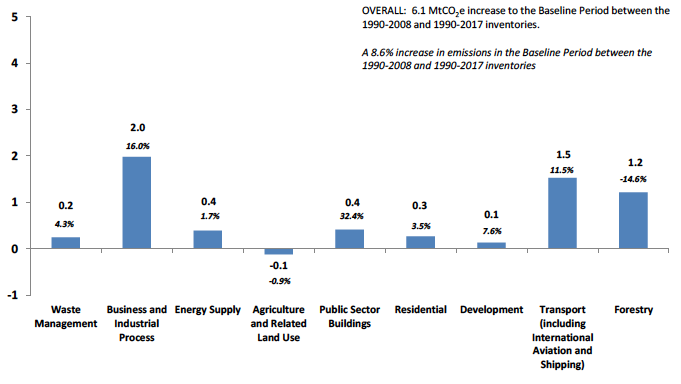