Chart B1 presents the sources and sinks of Scottish Greenhouse Gas Emissions in 2017, grouped by Scottish Government sector. 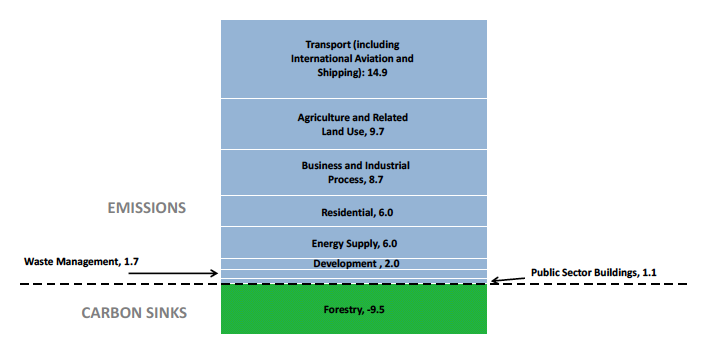 Carbon dioxide was the main greenhouse gas emitted or removed in most sectors, with the exceptions of the Agriculture and Related Land Use and Waste Management sectors.

Where F gases are emitted, they have been in relatively small amounts via the Business and Industrial Process source sector, as well as in the Residential sector.

Chart B2 presents the main sources of Scottish Greenhouse Gas Emissions from 1990 to 2017, broken down by Scottish Government source sector. Note that for the purposes of presentation, some sectors have been grouped together on this chart. Chart B3 and Chart B4 specifically explore the trend in Energy Supply emissions. Chart B5 contains information on the absolute and percentage reductions in greenhouse gas emissions in every Scottish Government source sector over the entire time period, with Chart B6 containing the same information for the latest year.

Chart B2. Main Sources of Greenhouse Gas Emissions in Scotland, 1990 to 2017. Values in MtCO2e 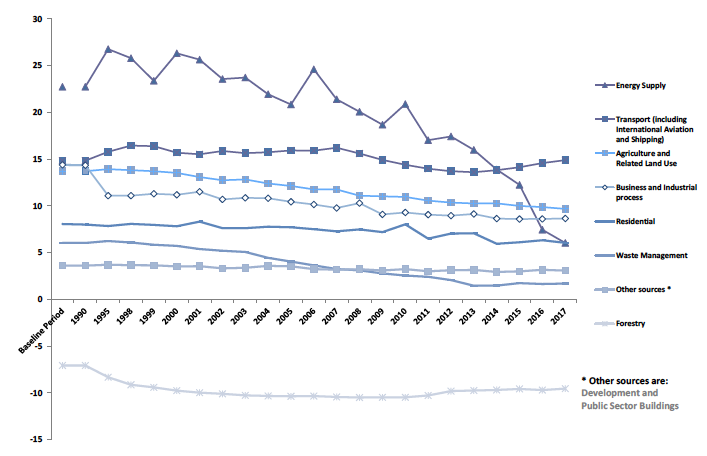 Most sectors exhibit a general downwards trend between 1990 and 2017:

Chart B3 shows how the generation of Scotland's electricity has changed over time. Emissions from the electricity supply sector (such as power stations) are associated with these changes. 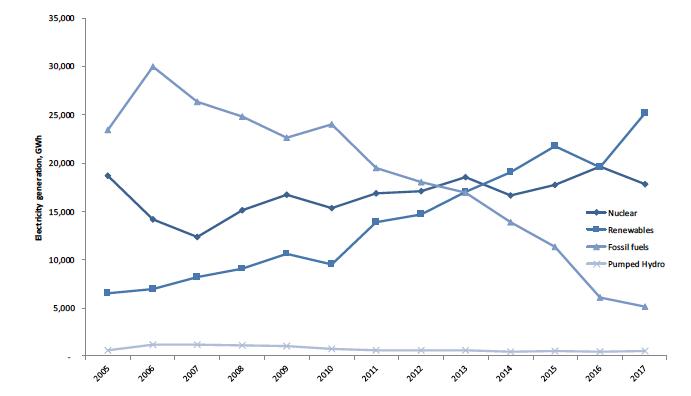 Chart B4. Change in Net Emissions by Scottish Government Sector Between 1990 and 2017 – in MtCO2e, and percentage changes [6] 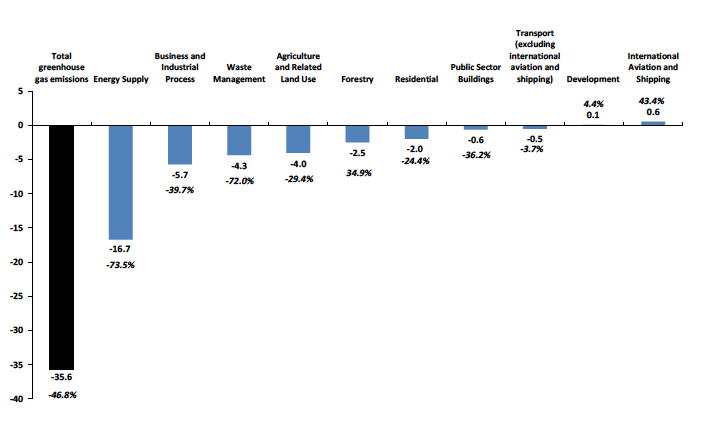 Chart B5. Change in Net Emissions by Scottish Government Sector between 2016 and 2017 - in MtCO2e, and percentage changes [7] 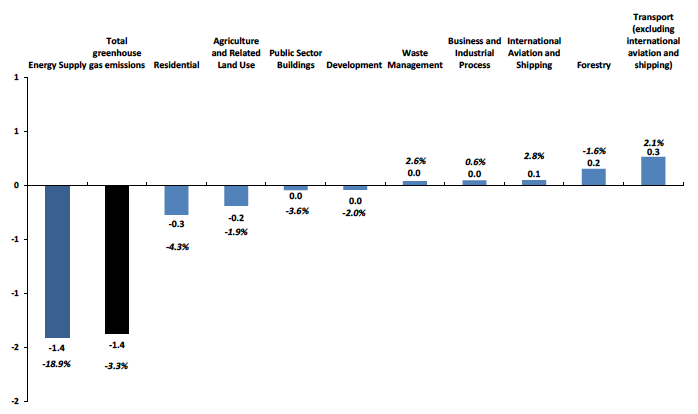 Energy sector emissions have decreased by 18.9 per cent between 2016 and 2017, and have reduced by 73.5 per cent from 1990. Emissions reductions in this sector are mainly due to reductions in emissions from power stations and the complete cessation of coal use in electricity generation in Scotland.

Power station emissions have reduced by 92 per cent between 1990 and 2017, due primarily to the shift in fuel mix from coal to less carbon intensive fuels, including increased use of nuclear and renewables. The Energy Supply sector alone accounts for 38 per cent of the decline in Scotland emissions since the base year.

Residential emissions have decreased between 2016 and 2017 from 6.3 MtCO2e to 6.0 MtCO2e (-4.3 per cent) and there has been a decrease of 24.4 per cent between 1990 and 2017. This long-term decrease is mainly due to a switch from less efficient solid and liquid fuels to natural gas for heating, and improvements in energy efficiency.

The main driver for the decrease in residential emissions between 2016 and 2017 is an decrease in the combustion of fuel in households, dominated by an decrease in natural gas use, possibly reflecting warmer mean temperatures in the start of 2017 compared to 2016 (Chart B6). 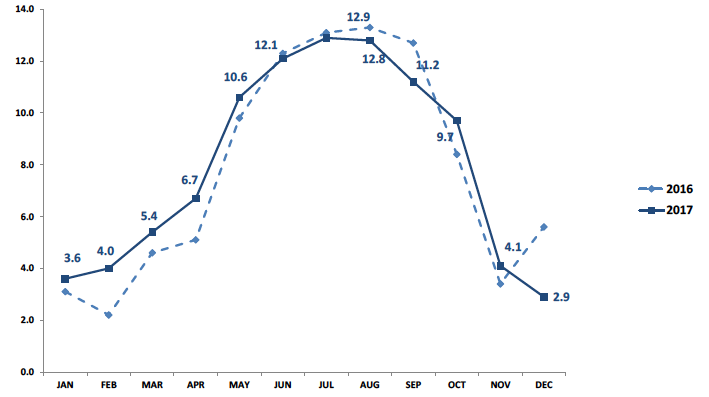 Waste Management (4 per cent of 2017 inventory)

From 2016 to 2017 emissions from waste management increased slightly from 1.6 MtCO2e to 1.7 MtCO2e. Between 1990 and 2017 emissions reduced by 72.0 per cent. This decrease is largely due to the progressive introduction of methane capture and oxidation systems within landfill management.

Business and Industrial Process (21 per cent of 2017 inventory)

This sector has seen a 5.7 MtCO2e (39.7 per cent) fall in emissions between 1990 and 2017. As shown in Chart B2, much of this decrease occurred between 1990 and 1995 – linked to a decline in emissions from manufacturing and the iron and steel industry over this time period. There has been a further smaller decrease between 2008 and 2009, coinciding with the recession. There was a marginal increase (less than 0.05 MtCO2e; 0.6 per cent) in emissions in this sector between 2016 and 2017.

Agriculture and Related Land Use (24 per cent of 2017 inventory)

In 2017, road transport was the largest source of emissions in Scotland. Road transport emissions have increased by 11.1 per cent between 1990 and 2017; this is due to a growth in activity over the period offset partly by improvements in the efficiency of vehicles.

Public Sector Buildings (3 per cent of the 2017 inventory)

Development Emissions (5 per cent of 2017 inventory)

This sector captures net emissions from land surrounding settlements and from land converted to settlements; and shows an increase of 4.4 per cent between 1990 and 2017 although emissions in the latest year fell by 2.0 per cent.

Emissions by type of gas 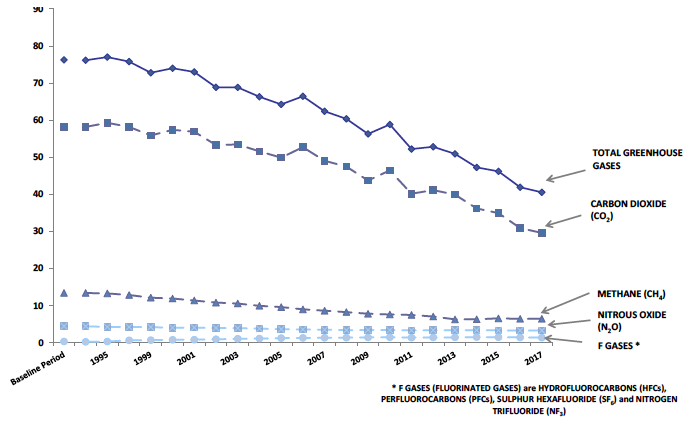 Charts B8 to B11 present results on individual gases broken down by main Scottish Government sectors over time. Chart B8 shows how carbon dioxide emissions have changed from 1990 to 2017. 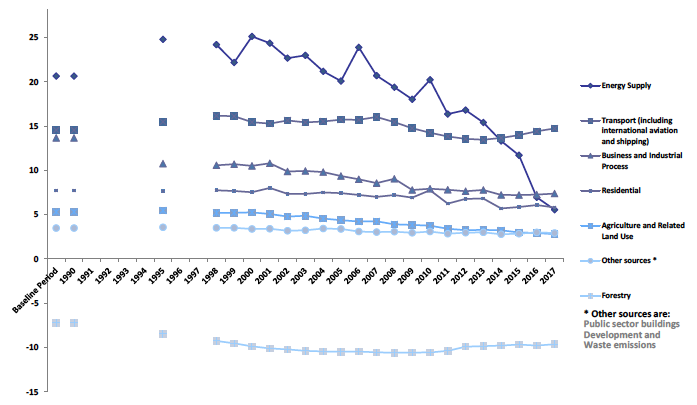 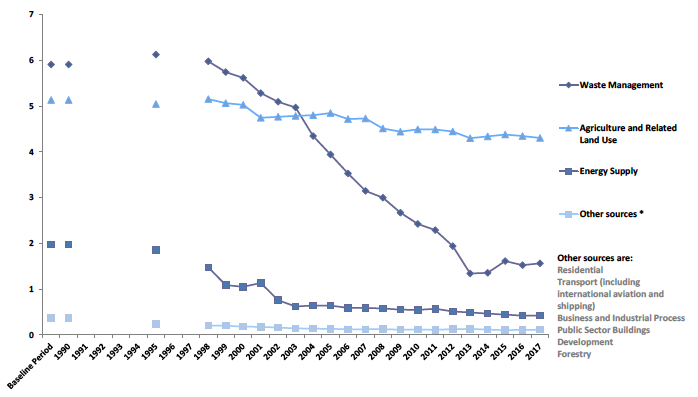 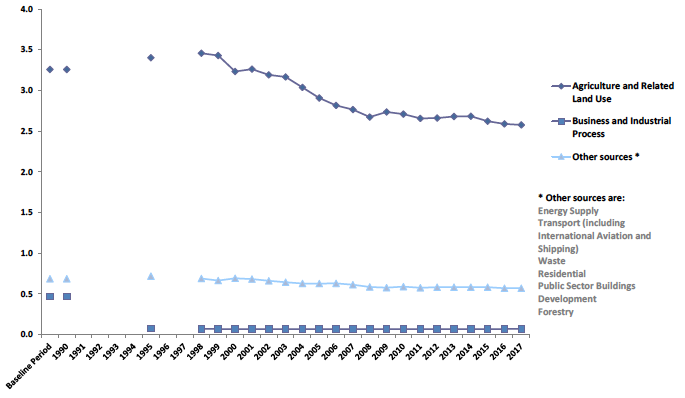 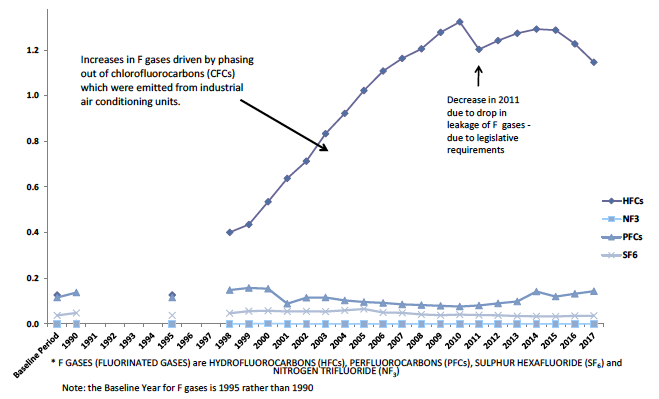