90 per cent of patients to commence Psychological Therapy based treatment within 18 weeks of referral.

Timely access to healthcare is a key measure of quality and that applies equally in respect of access to mental health services.

The standard is for at least 90% of Psychological Therapies patients to start treatment within 18 weeks of referral.

During the quarter ending March 2020, 18,268 people started treatment for Psychological Therapies in Scotland and 77.6% were seen within 18 weeks.

The graph below shows national performance on the Psychological Therapies standard since quarter ending June 2015. Various data completeness issues have impacted on the Scotland figures before December 2017. 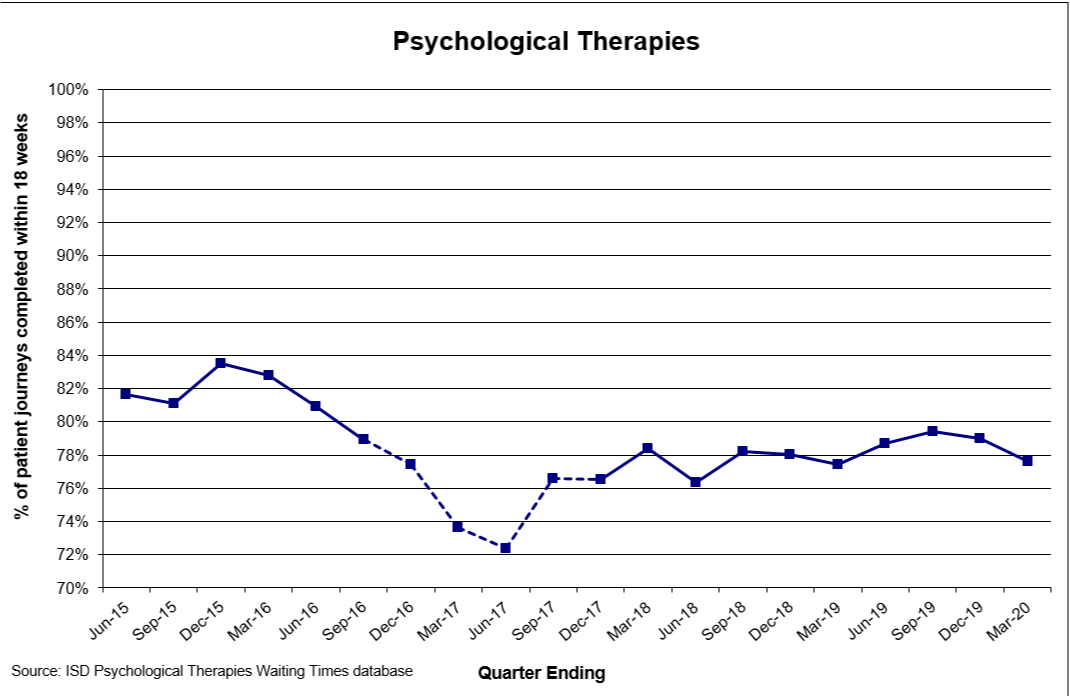 The table below shows the percentage of people who started Psychological Therapies treatment within 18 weeks of referral, by NHS Board, for quarter ending March 2020.

1. NHS Borders were unable to provide data for Psychological Therapies delivered in Child and Adolescent Mental Health Services, and Learning Disabilities data due to migration issues.

2. NHS Lanarkshire has not included data from CamGlen since July 2018 because of concerns over accuracy.

4. NHS24 data from the Living Life Service is included from February 2017.