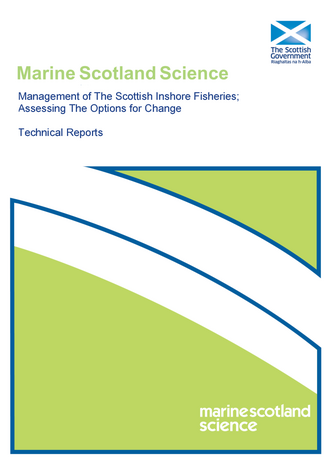 Economic Impact Appraisal revolves around answering the question: "What would happen (to household income and employment) in region 'X' if fishing was restricted in the fishing area" This involves identifying how the local expenditure of key groups would change and how these expenditure changes would impact on income and employment across the selected area. The principal key groups would be:

The income and employment that is directly dependent on expenditure is known as the direct effect .

Induced effects can arise from the direct and indirect effects. This is because the direct effect and every round of indirect effects increases household incomes (in the form of wages, profits, rents and income from self-employment) which might be spent locally thereby supporting, say, local barbers.

The expansion/contraction of fishing effort will similarly have a direct effect on the suppliers to the fleet (chandlers, fuel merchants and, of course, fishermen) and subsequent direct and induced effects.

Similarly any expansion or contraction in the supply of fish or shellfish will have an impact on any downstream processors and on the suppliers of those processors.

The size of the indirect and induced effects varies directly with the size of the region and is captured by the multiplier derived from input-output tables. For Scotland as a whole we will use traditional multiplier analysis based on national statistics to identify the likely economic impact.

For coastal communities in each IFG area, input-output tables would need to be created to establish multipliers. Whilst this is just possible we know from previous experience that the uniqueness of small communities makes the results problematic. Instead we intend to use the BRES/ ABS data zone analysis and information obtained from fishery officers and local information sources to identify key suppliers and processors and to directly estimate "First Round" effects in the local communities. By their nature these forecasts will be uncertain.

Although the fish processor research is not in the task list we believe it will significantly enhance the baseline information and is actually essential to understanding the impact of the options.

The typical "First Round" effect of expenditure by visitors and sea anglers in sub-regions is known from previous work by us and others. Whilst these sub-regions are larger than the IFG/Coastal regions used in this study, it is believed that the vast majority of spend by these groups will be very local. However second and subsequent round effects will be extremely small and will not be considered in the analysis.

An important consideration in Impact Analysis is Substitution . For visitors particularly, expenditure on one activity or in one place in the area can be rapidly replaced by expenditure on another activity or place. A day's horse riding might be replaced by a day watching wildlife if that became available because of restrictions on fishing. The increase in economic activity might, in this case, be illusory.

At a Scottish level an increase in anglers in one area might simply be matched by a decrease elsewhere. In this case, for Scotland, the economic impact would be zero. Similarly if expenditure in the trawling sector in an IFG is balanced by an increase in expenditure on creeling then the economic impact is zero despite the loss of jobs in trawling.

The Economic Analysis will present the likely impacts within each of the IFGs and for Scotland as a whole for each of the options identified.

Whilst fishing management tends to be dominated by questions of maximum sustainable yields for different species, the government also has a major role in maintaining and developing communities. For a number of these communities fishing may be the major or even only, source of employment.

As discussed in the introduction the independent report ((Campbell (2010)) discusses how best to maintain and indeed grow these communities. The committee " prevails on the Scottish Government to commission research on fisheries dependence and the data needs for describing and analysing FDAss, with a view to creating and maintaining a comprehensive national data base".

Social and business statistics newly published at data-zone level enable identification of the effects of downstream activities such as fish processing. These data are used to

a) Identify the economic impact on small fishing communities

b) Identify the level of dependence upon fishing

c) Compare the fishing sector in fishing communities with other sectors.