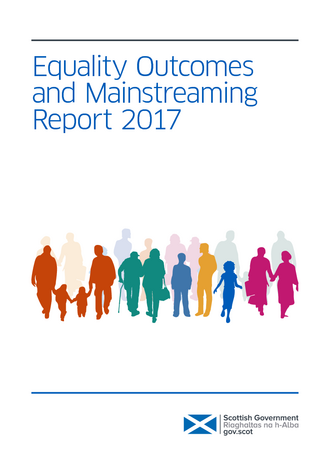 1.4 Equality in the Budget Process

The Scottish Government has a strong commitment to promoting equality and tackling inequality which is reflected in the way in which the Budget is allocated. The equality analysis and impact assessment of the Scottish Government's spending plans inform the Equality Budget Statement ( EBS), a document which is published every year alongside the Draft Budget. Equality assessment and analysis of spending plans help us to arrive at informed decisions and to make the best judgements about how to target government resources. It ensures that we understand, as far as possible, the equality impacts of the spending decisions set out, and where impacts appear negative for advancing equality, we can try and mitigate against these.

The production of the EBS is included alongside arrangements for managing and overseeing the main Draft Budget process. Equality Budget chapters are produced for each portfolio, reflecting Draft Budget portfolio chapters. The latest EBS offers details on the equality impact of spend by ministerial portfolio in addition to supplementary chapters which consider socioeconomic inequality, the impacts on child rights and wellbeing, child poverty and inclusive growth.

The Equality and Budget Advisory Group ( EBAG) has continued to advise, shape and inform the Scottish Government's approach. In response to advice from EBAG, the EBS documents produced in 2015 and 2016 were more focused and streamlined than previous iterations. The issues discussed in the separate thematic chapters in the 2015-16 EBS were incorporated into the relevant portfolio chapters in the 2016-17 EBS.

A further development for the 2017-18 EBS included a discussion on intersectionality and a chapter on inclusive growth. The former demonstrates the consideration that needs to be given to approaches to and services for individuals with various combinations of the protected characteristics, whilst the latter reflects the importance the Scottish Government places on tackling socioeconomic disadvantage. Making growth more inclusive is important for improving Scotland's economic competitiveness and wellbeing, reducing wider inequalities, and improving opportunities for all.