To assist with the implementation of the proposals, the Scottish Government established the Scottish National Equality Improvement Project ( SNEIP) in 2014.

The 2016 SNEIP work plan concentrated on creating opportunities for Scottish public authorities to share ideas, knowledge and best practice amongst one and other.

During the course of 2016, work was ongoing to develop content for a conference which would be open to equality practitioners working within Scottish public authorities.

The event was held on 21 November 2016 within the Doubletree by Hilton Glasgow Central Hotel. Attendees had an opportunity to hear from four key-note speakers: Angela Constance, Cabinet Secretary for Communities, Social Security and Equalities; Mel Young, Chair of the Board of SportScotland; Nick Croft, Partnership and Locality Manager, City of Edinburgh Council and Leslie Evans, Permanent Secretary. 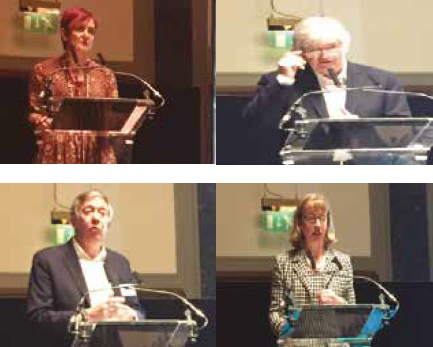 The conference provided networking opportunities for delegates with other equality practitioners and equality stakeholder organisations within the networking space.

It was excellent to hear from other organisations facing similar challenges to my own organisation.

Delegates taking advantage of the networking opportunities on offer at the Conference and a selection of equality stakeholder organisations in attendance at the event.

Twenty four learning sessions were on offer to delegates throughout the course of the event comprising of twenty different topics.

Selction of learning sessions available on the day.

Proud to be here at #equalscotlive presenting our work on #prejudice and #discrimination.
Presenter via Twitter