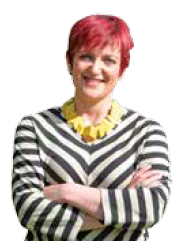 "The priorities that will guide this Government over the next five years will have one central ambition at their heart - to make real and lasting progress towards true equality of opportunity for all" - First Minister: May 2016

What we do in Government and across the public sector touches on so many aspects of people's lives - our health, our education, our care, our safety and wellbeing, our access to justice, our housing, our employment, our land, our culture, and our economy.

In a vibrant, modern Scotland, everyone should be treated equally. Equality is everyone's business and there can be no compromise in our drive to achieve this

Our focus in Government is on making real improvements to the lives of people across all our communities. Equality is therefore central to our business and runs through our Programme for Government. The strong framework provided by the Public Sector Equality Duty helps us to deliver on our ambitions for a more equal and just Scotland.

Over the last five years, since we introduced the Public Sector Equality Duty regulations in 2012, there have been some significant shifts in equality in Scotland: for example the introduction of Same Sex Marriage; strengthened protections on domestic abuse, rape and forced marriage; legislation on British Sign Language; and improvements in childcare and gender equality.

In the period covered by this report, we have also seen some welcome developments such as the 3% drop in the number of reported incidents of domestic abuse and the drop in the gender pay gap for Scotland from 7.7% to 6.2%. As a result of our concerted action, there has been an increase in women's representation in public appointments and the most recent Scottish Social Attitudes Survey has shown that the overall trend in Scotland of reducing discriminatory attitudes is continuing.

I am proud of Scotland's record in welcoming refugees and enabling the integration of asylum seekers from day one. We have now provided safety and sanctuary to around 1,600 Syrian refugees under the Syrian Resettlement Programme, and it's been fantastic to see people extend the hand of friendship to their new neighbours.

It is to Scotland's credit that we did not see an increase in the level of xenophobia or hate crime during and following the Brexit referendum campaign.The work undertaken by this and previous Scottish governments and a wide range of organisations to promote equality, foster good relations, respect the diversity of our communities and to strengthen their cohesion and resilience has been important and will be increasingly so in the period ahead.

However, we are not complacent. We are very clear that the pace of change is too slow in some areas and that there remains much still to do.

That is why I and my Ministerial team have focused on taking action to drive forward change. As part of that work we have published the following significant strategic plans: the Fairer Scotland Action Plan; the Race Equality Framework for Scotland; the Fairer Scotland for Disabled People; the refreshed Equally Safe: Scotland's Strategy to Prevent and Eradicate Violence against Women and Girls and New Scots: Integrating refugees into Scotland's communities.

In addition we were keen to secure opportunities to advance equality through the transfer of new powers to Scotland through the Scotland Act 2016 including the ability to legislate to achieve gender balance on the boards of public bodies. We have now completed the consultation on the Gender Representation on Public Boards (Scotland) Bill and will be introducing it shortly into the Scottish Parliament.

One of the most significant transfer of powers since devolution will be the social security powers being devolved through the Scotland Act 2016. The delivery of a new system of social security in Scotland will be one of the biggest challenges for my portfolio. However it will demonstrate how we can do things differently and better, when we have the levers of change in our own hands. Our overarching aim is to create a social security system that is based on dignity, fairness and respect, that is there to help and support those who need it, when they need it. It will be a system of which all Scots can be proud.

We are determined that the new system will be shaped with the help of those who have lived experience. We are already making that real through our wide ranging consultation and through the experience panels which we are setting up to allow us to harness directly the views of benefit recipients. A case study on our progress so far is included in this report.

I know that the progress we have made has been possible because we are able to work collaboratively with a wide range of partners and because there are dedicated people across all our communities who continue to fight for change and improvement. I am very grateful to all those who have contributed to Scotland's journey towards equality so far. Together we can make a difference and I look forward to working with you in the period ahead.