5. Categorisation and scope of wildlife legislation

13. Wildlife crime in its broadest sense has a long history [10] . Many early wildlife crime offences were essentially property crimes in relation to poaching but such laws also served to ensure some degree of sustainable exploitation of species - at least for those with the legal right to exploit. There were also some specific conservation laws from an early stage, for example, making it an offence to disturb salmon redds passed by James VI. It is only relatively recently that wildlife legislation has evolved to include both animal welfare legislation and purely conservation legislation, the latter initially encompassing species but then habitats also. 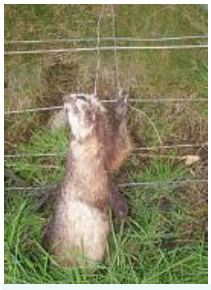 14. It is thus useful to classify wildlife crime in 3 categories:

16. There follows a brief outline of wildlife legislation. This is not intended to be comprehensive, but simply to give an indication of its wide scope and the range of offences provided for.

17. Current poaching legislation is largely encompassed within the Deer (Scotland) Act 1996 and the Salmon and Freshwater Fisheries (Consolidation) (Scotland) Act 2003 while the Wildlife and Countryside Act 1981 ( WCA 1981) covers quarry species and snaring. Poaching on the River Tweed is dealt with under the Scotland Act 1998 (River Tweed) Order 2006. There is a wide range of offences provided for, including restrictions on methods of fishing, killing without right, using particular types of firearms or equipment and illegal possession of fish. All these provisions can also be seen as having a conservation purpose.

18. There is both general and specific anti-cruelty legislation. General anti-cruelty legislation can be found in the Wild Mammals (Protection) Act 1996 and the Animal Health and Welfare (Scotland) Act 2006, while specific welfare legislation in relation to hunting with dogs can be found in the Protection of Wild Mammals (Scotland) Act 2002 and in relation to badgers and their setts in the Protection of Badgers Act 1992. Restrictions on the use of types of snares and provisions on training in the use of permitted snares and the duty to inspect are contained in the WCA 1981.

19. Conservation legislation in relation to species is principally found in the much-amended WCA 1981 (particularly amended by the Nature Conservation (Scotland) Act 2004 and the Wildlife and Natural Environment (Scotland) Act 2011). There are extensive prohibitions on killing, taking, injuring of birds, killing them in particular ways, damaging their nests or taking their eggs, protection of certain plants and wild animals (sometimes just in the close season) and the introduction of non-native species. Killing birds may be permitted if they are quarry birds in season or under a general or specific licence provided for by WCA 1981. There are incidental provisions on giving false statements and vicarious liability in relation to wild birds. The Salmon and Freshwater Fisheries (Consolidation) (Scotland) Act 2003 also has substantial conservation purposes in addition to its anti-poaching content mentioned above. The Marine (Scotland) Act 2010 contains specific provisions on the conservation of seals.

20. European protected species [11] receive protection under the Conservation (Natural Habitats &c.) Regulations 1994. Formerly there was overlap with the protection provided by WCA 1981 but this has largely been eliminated. The 1994 Regulations, which were not integrated with WCA 1981 but rather overlaid on that regime, arguably created complexities. There are prohibitions on killing, taking or injuring European Protected Species.

21. The UK's international obligations under the Convention on International Trade in Endangered Species 1973 ( CITES) to control such trade are found in the Control of Trade in Endangered Species (Enforcement) Regulations 1997. Trade is controlled through a system of import and export permits. However, this legislation is reserved as it relates to trade [12] . While it is currently under review [13] , any possible changes to it are a matter for the Westminster government. While several proposals are included in the current review and the range of offences in the regulations is subject to consultation, the penalties are not, although higher penalties have been introduced for some new offences [14] .

22. Protection of habitats is also provided for. Provisions to protect Sites of Special Scientific Interest ( SSSIs) from damaging operations may be found in the Nature Conservation (Scotland) Act 2004 and, in relation to European Protected Sites, in the Conservation (Natural Habitats &c.) Regulations 1994. In the marine environment, the Marine (Scotland) Act 2010 establishes Marine Protected Areas and seeks to protect damage to their features.