1. The Review Group was set up in the context of a Ministerial commitment to enhance the enforcement of wildlife crime, in view of considerable public concern, particularly in relation to the level of penalties imposed by the courts (the full Ministerial statement can be found in Annex 1) [1] .

Even apart from the impact on the conservation status of the particular species, persecution of raptors in particular is often said to be blighting Scotland's reputation and harming our tourism. 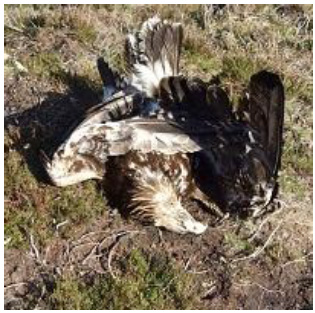 2. Wildlife crime continues despite the public revulsion and this suggests that current penalties are not serving as a sufficient deterrent. However, it is important to recognise that illegal persecution is not wholly to blame for the decline in species. Land management practices such as agricultural intensification, climate change, pollution, development impinging on habitats, and the introduction of non-native species are all significant causes in the decline of species and damage to habitats [2] .

3. The Scottish Government undertook in the Wildlife and Natural Environment (Scotland) Act 2011 ( WANE 2011) to produce an Annual Report on wildlife crime in Scotland. Reports have now been produced for 2012, 2013 and 2014. The first was intended to provide a baseline, subject to recognition that the availability of data needed to be improved. Although the annual reports cover all wildlife crime their focus is on the wildlife crime priorities:

The work of this Group has also focused principally on these wildlife crime priorities.

4. The figures in the annual reports come from a variety of sources including Police Scotland and NGOs and it is acknowledged that they do not necessarily show a complete picture. The data also reflect different recorded categories - incidents, investigations, crimes and those proceeded against - so while in a general sense they provide a picture of wildlife crime the datasets are not readily comparable.

5. NGOs have also produced data on prosecutions and penalties within their areas of interest [3] . Some of them consider that some official figures for wildlife crime are too low because the barrier to entry to the figures is high and because, it has been suggested, that much wildlife crime is unreported [4] . Subject to these qualifications [5] , the reports show that wildlife crime is still taking place at unacceptable levels.