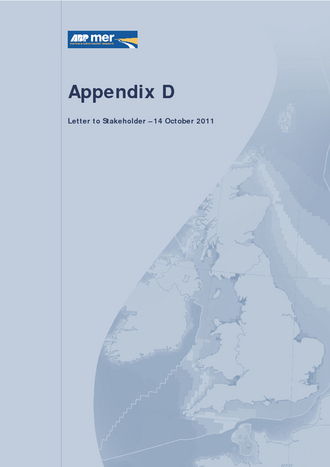 The collation of baseline information has been taken forward in a number of steps, described below. In particular, these reviews have collated and present information on the spatial distribution, intensity (level of activity) and economic value of these uses and other interests, together with information on levels of employment where available. The reviews have taken account of historical trends (last 10 years) and future trends (over 50 years), recognising the potential lifetime of offshore renewable energy assets. They have also sought to compile baseline information that might inform the assessment of the specific interactions identified in Appendix B.

A number of previous studies have identified relevant sources of information on marine socio-economic activity, including:

Information sources accessed in these studies were used as a starting point for the baseline reviews, and were supplemented by additional sources of data identified through consultation with relevant stakeholders. Full lists of references used in the study are provided in the detailed reviews ( ABPmer & RPA, 2012a).

A spatial analysis was undertaken in a GIS system ( ESRI ArcGIS 10) to identify relevant marine uses and other activities and interests occurring within each offshore renewable energy region. The presence or absence of each use, activity or interest was recorded in a simple matrix and used to focus the regional baseline reviews the resulting matrix is shown in Table 1 and forms the basis for the regional distribution of activities within the SORERs as described in the baseline report ( ABPmer & RPA, 2012a).

The initial outputs from the scoping exercise were circulated to Steering Group members and wider stakeholders for review and comment and to identify any additional data sources for the baseline reviews. The comments received were used to inform the final scope of the baseline reviews.

The baseline report R.1905 - ABPmer & RPA, 2012a) has been divided into two distinct parts; a national overview which considers each marine use and interest, and a series of six regional overview which describes the regional activity, economic value and employment, and future trends for each relevant marine use and interest. The structure as set out in Sections 2.3.1 and 2.3.2 was followed for all sectors where possible to provide the information in a uniform manner. The methods by which the data has been collated for each section are given below.

The national overview is divided into the following sections:

Within this section a table of the sources of data and information is provided, which shows the scale of the coverage e.g. Scotland, UK and the date of the source. In addition a sub-section on data limitations has been presented to give an indication either of a data gap or that caution should be exercised when considering the findings of any sector.

This section was further sub-divided as follows:

To scope the baseline review requirements for each offshore energy region, a spatial analysis was undertaken using ESRI ArcGIS v10 to identify the distribution of marine uses (activity) and other interests within each region, by sieve mapping. For each region the activity was considered as to whether it occurred on land i.e. terrestrial, within the coastal area (0-12nm) and offshore in the 12-200nm zone. The information on each activity has been assessed as being present i.e. the activity occurs within the region, as being absent or as intrinsically linked as in the case of some activities in the terrestrial area.

Originally the table only considered the activities as being in the coastal area or offshore, however during the Steering Group meeting the scope of the table and thus the areas of search for baseline material were extended to cover the land immediately adjacent to the water. As can be seen in Table 1, this addition mainly concerned the social and community, tourism, ports and harbours and to a lesser extent, the water sports activities.

For each SORER the activities that occur have been described based on the same principle as given above, and was again supported with regional spatial maps and graphs.

Employment figures for the military sections have been compiled from the MOD Quarterly Manning Report which provides the number of MOD personnel (military and civilian) employed in each of the Scottish Local Authority ( LA) areas. However these areas do not directly align with the SORER boundaries and therefore the LAs may occur within more than one SORER. Where this is the case, the SORER containing the largest proportion of the LA (visually assessed) is listed first in the employment table, the subsequent SORERs listed contain decreasing proportions of the LA. The values therefore can only be taken as indicative.

Table 1. Presence of activity by region based on sieve mapping

The economic value and employment figures for the Oil and Gas industry have been taken from the Oil and Gas UK's economic report for 2011 (Oil and Gas, 2011), which are based on parliamentary constituencies and may in some cases (North East and East region) include a degree of overlap.

In some cases future trends are available and these have been discussed, however for many sectors no breakdown from the national overview could be found and where this occurred the reader was referred back to the national information.