A 'comparative rating'[2] is calculated as part of the assessment process but appears in the Recommendations Report rather than on the face of the non-domestic EPC[3].

This was introduced to inform an aspect of the UK government 'Feed-in Tariff' policy which specified a minimum energy efficiency requirement based upon the Asset Rating used in England and Wales and to enable direct comparison of ratings of buildings between Scotland and the rest of the UK. 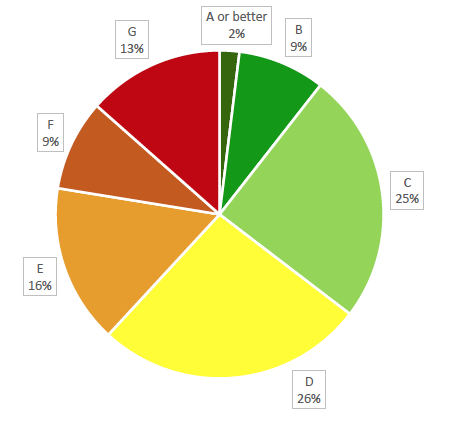