There are an estimated 196,000 non-domestic heat controlled premises in Scotland excluding military and agricultural buildings. Retail and financial premises account for 32 per cent of this total while offices and workshops account for 27 per cent as illustrated in Figure 1. 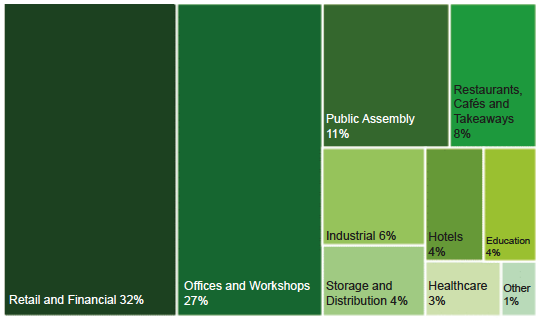 However, the picture changes when the floor area of buildings is considered. 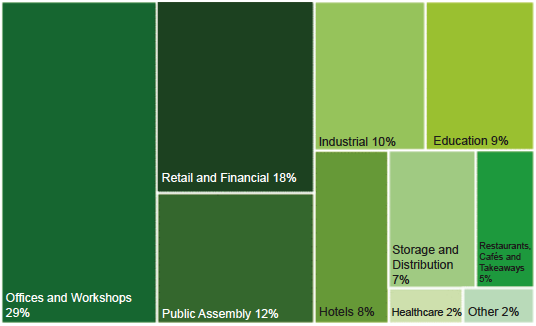