SRTMN was designed using a series of spatial measurements (e.g. altitude, distance from sea) that have been identified as good predictors of water temperature from previous studies. The network covers the environmental range and range of combinations of the predictor variables observed in Scotland, and is intended to maximise statistical power and minimise site redundancy. This methodology was published as an Open Access journal article in Hydrology Research.

Deployment of SRTMN sites began in summer 2014 in collaboration with Fisheries Trusts and District Salmon Fisheries Boards. Since then the core network has been expanded to include additional local data collection initiatives, short-term deployments (ca. 1 year) in unmonitored catchments, and monitoring of catchments influenced by natural and modified standing waters that were not represented in the original survey design. These additional data collection campaigns will improve river temperature predictions, but do not follow the same rigorous survey design methodology deployed for core sites. Instead they followed the general principles outlined by Som et al. (2014) for collecting data to inform spatial models on river networks. 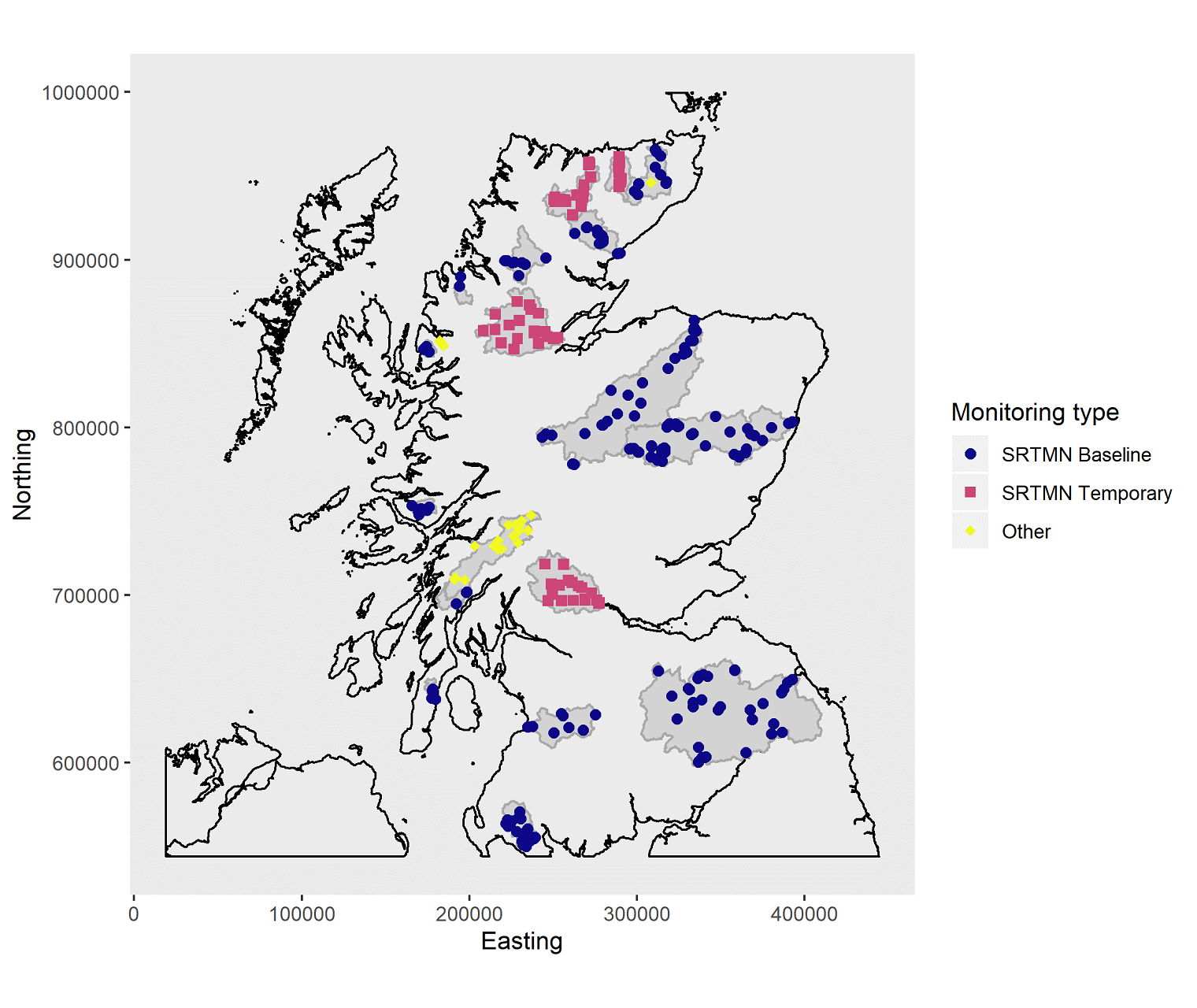