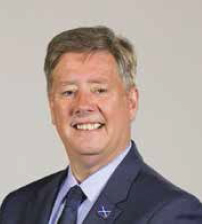 That's not usually how documents like this begin, but it's important to acknowledge.

The first reason we can't is that individuals who are determined to break the law will always find ways around technological or legal measures to stop them. That doesn't mean we shouldn't do all we can to find solutions.

The second reason we can't is that the Scottish Government isn't able to take all the actions we'd like to. The power to regulate nuisance calls lies with the UK Government, so, for example, we can't change who is held responsible when a company makes nuisance calls, or ban cold-calling on specific subjects.

But just as enforcement agencies keep working to prevent nuisance calls despite the challenges, so too must we, especially as research shows nuisance calls are a bigger problem in Scotland than they are elsewhere in the UK. Analysis of nine million calls received over a three year period by users of a popular call blocking service concluded that three of the top five cities in the UK receiving the highest percentages of nuisance calls were Scottish.

Three of Scotland’s cities have the highest rates of nuisance calls in the UK – Glasgow was top; Edinburgh second; and Aberdeen fourth according to the percentage of nuisance calls that trueCall users in those locations received [3]

Faced with these statistics, we must take action now that will make a difference, even as we press the UK Government to do more. To help us do that, the Scottish Government established a Nuisance Calls Commission.

The Commission brought regulators, consumer groups, government officials and business representatives together to come up with practical solutions. It defined a nuisance call as:

"Unwanted phone calls that attempt to promote a product, service, aim or ideal that can cause the recipient a range of harm, from annoyance to lasting detriment, including emotional or financial damage."

The wide range of harm that definition covers matters. We know nuisance calls are annoying - all of us at some point have received one at an inconvenient time - but as Elspeth highlights, they can lead to more serious harm like scams. And if someone responds to a scam once, they can become a target for more.

So the Commission set out to respond to three separate but linked elements:

The actions outlined here respond to those considerations, and are divided into three categories, which also make up the structure of this document:

We said from the outset that this complex issue can only be solved by a combination of solutions and will require sustained focus beyond the Commission. As a result, our actions are a mixture of short, medium and long term commitments. Some are also at an early stage of development. But we're determined that, when fully implemented, we and our partners will have had a real impact - not just on nuisance calls, but on our response to scams and the ways we support vulnerable people.

It will take work from everyone - industry, regulators, enforcement agencies, consumer groups, and all of us as individuals. That's why this plan has information on what you as citizens can do to help tackle nuisance calls, and asks for others, including businesses and the UK Government, to continue to play their part and support us as we put our solutions into action.

This emphasis on collaboration underpinned the Commission. We are grateful to everyone who dedicated their time and efforts, including Elspeth who very openly told me the devastating impact which nuisance calls had on her confidence and life. Their input has been invaluable, and we will build on this willingness to make a real difference as we take our work forward.