The Craigmillar Urban Design Framework sets out a plan for the development of the area. It describes how the existing buildings and large vacant areas can become a new district of Edinburgh, with a new pattern of routes linking it with the city centre. 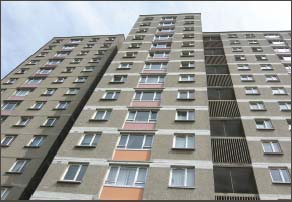 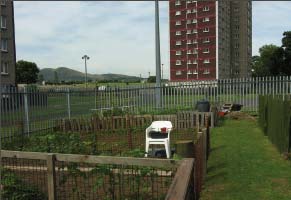 Craigmillar was built in the decades after 1929 in response to Edinburgh's severe problems of slum housing. In its early years it housed 25,000 people, many of them working in local mines and breweries. As the economy declined in the 1960s and '70s, the population fell. Only 17,000 people lived in Craigmillar by 1971, and 7,800 by 2001. Shops and schools became less viable as their users moved away, in a spiral of decline. The community was not defeated, though. Some remarkable initiatives, including one of the UK's most successful community arts organisations, the Craigmillar Festival Society (1962-2002), were brought to life by local people.

The Craigmillar Urban Design Framework ( UDF) sets out a plan for the development of the area. It describes how the existing buildings and large vacant areas can become a new district of Edinburgh, with a new pattern of routes linking it with the city centre. The framework is the start of the guidance that will set out standards for new development.

The City of Edinburgh Council and EDI created a Joint Venture Company for regeneration; PARC Craigmillar Ltd. One of PARC's first tasks was to develop an Urban Design Framework on which to build a business plan and delivery programme. PARCâ€ˆcommissioned the UDF after closer scrutiny of the original Craigmillar Masterplan Framework. PARC aims to build around 3,200 new homes (one-third of them to house families); a secondary school; three primary schools; a new town centre with 300,000 sq. ft of retail, leisure and office space; a library; and community and life-long learning facilities. The population is expected to rise from 7,500 to 15,000, and around 6,000 jobs will be created. A separate masterplan is currently being prepared for the town centre, as envisaged in the framework, and a series of neighbourhood plans have been prepared.

PARC is also responsible for ensuring that the necessary infrastructure is provided, and for creating new landscaping, public parks and civic spaces.

Construction work is underway on a primary schools campus (two schools are being built) for around 700 children and on the first 60 houses (privately or housing association-owned). Consultations are being held on plans to create the first new green public space in Edinburgh for 50 years.

The intention is that after 15 years the joint venture will create a community legacy initiative to ensure continuous community development. It hopes to explore models such as community foundations, regeneration trusts and community associations to achieve this.

The Framework sets out its design principles under five main headings. These are very similar to those set out in the Scottish Government's Designing Places. The principles for Craigmillar are distinctiveness, sociability, people friendliness, sustainability and quality. 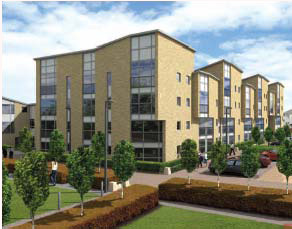 The 'urban design' in the framework's title reflects the document's approach. The Framework finds the reasons for Craigmillar's failure not just in the painful process of economic change and the lack of investment, but also in the unsuccessful physical layout of the place. The Urban Design Framework is almost a textbook statement of current urban design practice, based on the idea that successful streets and careful landscape design are usually the keys to making successful places.

The Framework sets out its design principles under five main headings. These are very similar to those set out in the Scottish Government's Designing Places. The principles for Craigmillar are distinctiveness, sociability, people friendliness, sustainability and quality.

The Urban Design Framework is specific about the urban form that is required to achieve these qualities. The elements of that form are:

The document states: 'Traditional streets are the only form of development that will create neighbourhoods.' In essence, the key message was the promotion of street/perimeter blocks with new street frontages within a traditional street pattern.

Two types of urban block are specified. Type 1 will be edged by a mixture of terraced housing and apartment blocks, and type 2 edged only by townhouses. In both types all the parking will be on the street, not within the block.

The proposed housing mix was one-third houses and two-thirds flats. Tenure was to be indistinguishable with 20% being affordable.

A simplified road hierarchy is proposed, with two different types of streets: main connectors and local streets. Priority is to be given to movement on foot, cycle or public transport over general traffic needs. 'Main connectors' are the direct links from Craigmillar to the rest of Edinburgh (public transport links, main roads and main roads combined with public transport links). 'Local streets' include all the other streets, ranging from those that distribute traffic within parts of Craigmillar to those that are quiet residential streets, where the only traffic movements are those associated with the houses fronting on to the road.

Development should respect the special quality of Edinburgh's open space, the Framework says. Its design should use stone and natural materials to complement the existing walls and promote the use of forest-scale, round-crowned, deciduous trees to create avenues and frame vistas. All residential streets are designed as shared spaces. Within the streets the spatial enclosure or street cross section has been used along with planting, street furniture and the proximity of front doors as natural traffic calming to reduce traffic speeds. 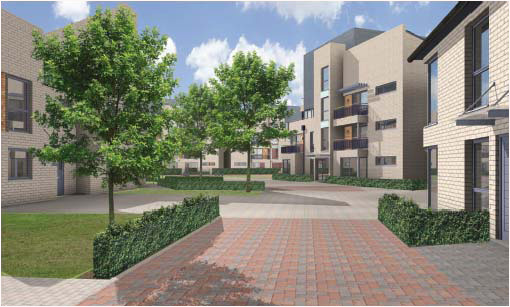 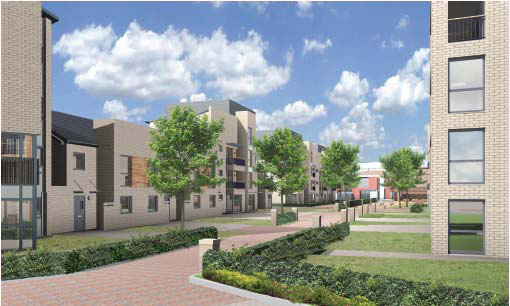 The present Framework superseded two earlier documents: the Craigmillar Interim Planning Framework (2003) and the Craigmillar Development Framework. The Craigmillar Urban Design Framework was commissioned in 2003; prepared in 2004 over seven months by the planning and design consultancy Llewelyn Davies (now Tribal's Urban Studio team); circulated in draft in early 2005; and adopted by the City of Edinburgh Council in September 2005. Colin Buchanan and Partners advised on transport, Ian White Associates on landscape and open space planning, and Fairhursts on the important issue of drainage.

Craigmillar's strong tradition of community initiatives made it essential that the planning and design process was collaborative. Community representatives, local organisations, council officials and representatives of the client took part in fortnightly sessions to discuss information and options, and a series of planning workshops involved a wider range of people. Local people visited other projects to learn about good practice elsewhere in Scotland and the UK. The plans have had a mixed response locally, with strong opposition from some residents, and greater engagement and enthusiasm from others.

The Framework usefully sets out the requirements for each of the neighbourhood plans that will later provide the basis for all types of development (buildings, open spaces, streets and public transport).

It specifies that each neighbourhood plan should include:

The Framework calls for a palette of materials and street furniture to be agreed for Craigmillar. This was done as the proposals for the individual neighbourhood masterplans were developed through to road construction consent ( RCC). 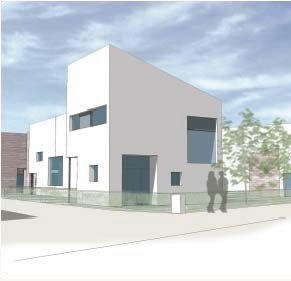 The current Urban Design Framework is more straightforwardly written, and the process of community involvement will most likely have made most of its readers familiar with its technical terms. The Framework is well illustrated. Photographs highlight problems that need to be tackled and good practice from the UK and abroad. Sketches convey recommended solutions effectively.

The people of Craigmillar have been extensively consulted over the years, and there has been a succession of plans and proposals. The Urban Design Framework now transforms the two-dimensional proposals into three dimensions. The document gives a clear impression of the sort of place its people aspire to make it, and gives an impression of confidence that it can be achieved. It spells out how the arm's-length, publicly-funded, joint-venture company, PARC can achieve the vision.

Much of the success of the Framework will depend on the effectiveness of PARC and its determination to follow through the Framework's principles over more than 10 years. Work is now underway. The neighbourhood masterplans commissioned by PARC (the URC*) have been approved by the City of Edinburgh Council. The public realms of many of the buildings which form part of these neighbourhood plans are now on site.

The planners had a major input to the Framework's preparation, and continuity throughout its life is essential.

* An Urban Regeneration Company, or URC, is a formal partnership of key representatives from the public and private sector who operate at arm's length to deliver physical and economic regeneration in specific areas. PARC Craigmillar is one of six Pathfinder URCs that the Government currently supports in Scotland. 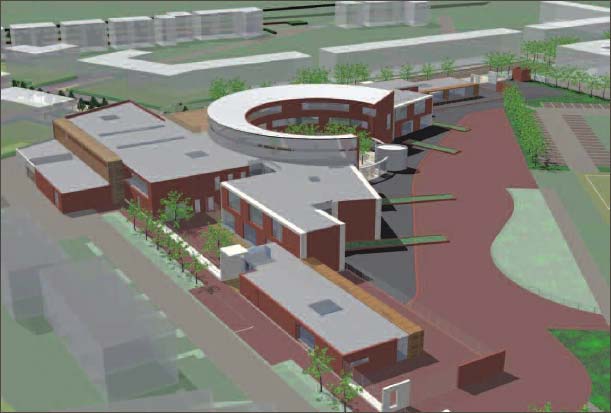 The Craigmillar Urban Design Framework has considerable strengths. It treats the area as a district that can potentially play an important part in Edinburgh's life and structure.

The Craigmillar Urban Design Framework has considerable strengths. It treats the area as a district that can potentially play an important part in Edinburgh's life and structure. The Framework proposes change on a sufficient scale, and with enough resources, to have a real chance of changing both attitudes and reality. It makes a serious examination of what makes development sustainable, and it makes the most of the area's connection with the countryside.

Project type
Mixed-use development based on a network of streets, regenerating an area of social housing

Client
PARC (a joint venture company, comprising the EDI Group and the City of Edinburgh Council, which is one of the Scottish Government's Pathfinder Urban Regeneration Companies)

The people of Craigmillar have been extensively consulted over the years, and there has been a succession of plans and proposals. The Urban Design Framework now transforms the two-dimensional proposals into three dimensions. The document gives a clear impression of the sort of place its people aspire to make it, and gives an impression of confidence that it can be achieved.