Through effective partnership working, Raploch wishes to build a community where people choose to live, work and visit, with new homes, education and health facilities, within an economically sustainable environment.' The sentiments are familiar, but the Raploch masterplanning process, developed over a three-year period, seems to have been particularly well-conceived.

Raploch, on the edge of Stirling, lies in the heart of Central Scotland, equidistant from Edinburgh and Glasgow, with excellent transport infrastructure. However, for the past two decades it has been one of Scotland's places most in need of regeneration. The (shadow) Raploch Urban Regeneration Company ( URC) noted in 2004 that nearly two thirds of the community were semiskilled, unskilled, unemployed or on benefits: few were in skilled, managerial or professional jobs. 'The socio-economic profile suggests a community on a downward spiral of decline, not one of community well-being.'

The Raploch masterplan (2004), and the business plan on which it is based, respond to that challenge. The aim has been 'to develop a 21st century community, consulted on at every step of the way. Through effective partnership working, Raploch wishes to build a community where people choose to live, work and visit, with new homes, education and health facilities, within an economically sustainable environment'. The sentiments are familiar, but the Raploch masterplanning process, developed over a three-year period, seems to have been particularly well conceived. It focused on five strategic objectives: property, place, partnership, prospects and people. The proof of the process will be in the built result. The new Community Education Centre campus building is complete. The public realm project for the new Village Square, currently on site, is due to be completed in the summer of 2008. And the first development shaped by the masterplan is due to start on site shortly.

The masterplan creates a framework for new housing; a community health campus; an education campus; community initiatives; and training and employment opportunities. The masterplan was agreed through extensive consultation and engagement with residents, local businesses and the Community Planning Partnership. To ensure that the masterplan can guide development, it is embedded in the planning system as supplementary planning guidance in the form of a design guide. 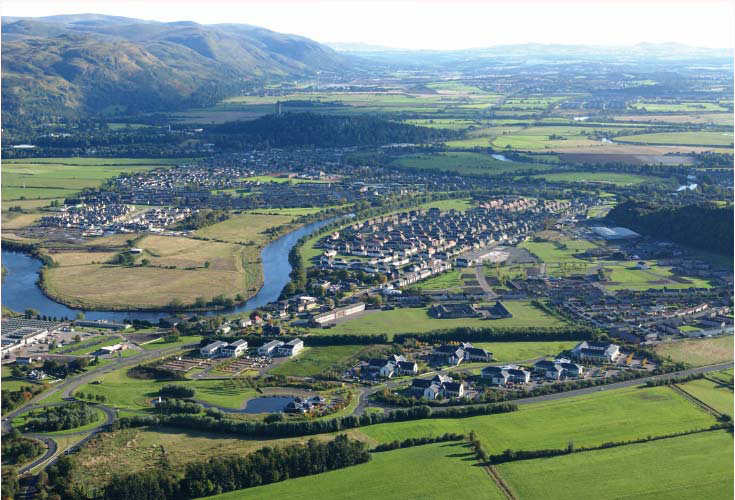 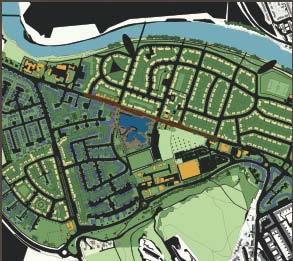 The masterplan provides a framework for the physical regeneration of Raploch over the next eight years. Set out in three distinct sections (the home, the street and the neighbourhood), the document envisions a future population of 50 per cent more than at present. At the scheme's heart is a new village centre. The village square is perhaps the most significant piece of open space investment planned in Raploch.

Around 900 new houses are expected to be built by 2016, providing a wide choice of type and tenure, with socially rented and private housing side by side. Homes will meet design standards such as Secured by Design, Housing for Varying Needs and those in the Sustainable Housing Design Guide.

Existing residential areas will be significantly improved. The project, which includes home zones, is based on the principle of streets being designed primarily to meet the needs of pedestrians. A range of environmental improvements is planned for homes, streets, public spaces, business areas and the riverside.

The Urban Regeneration Company has made a determined effort to involve the people of Raploch in the planning process, and in the design and construction of buildings and spaces. The aim has been to give people a sense of ownership of the place.

The strategy for achieving the masterplan's physical proposals is guided by a rigorous financial plan, based on a strong cost and values analysis. This plan highlights the economic, educational and skills development on which Raploch's future depends.

The Urban Regeneration Company has made a determined effort to involve the people of Raploch in the planning process, and in the design and construction of buildings and spaces. The aim has been to give people a sense of ownership of the place.

Local people were involved in three masterplanning weekends, and a series of associated workshops (which took place both during the day and in the evening) in different parts of the area. The consultation was undertaken in partnership with the Raploch Community Council and Raploch Community Partnership. To gauge private sector interest in the emerging proposals, the project held a 'Selling the Raploch Day' in 2003. More than 150 private organisations attended.

The team spent two years developing the design guide during which Stirling Council had a central role. After it had been signed off by the community, the guide was approved by Stirling Council as supplementary planning guidance ( SPG) in 2004. The guidance establishes a streamlined process for planning applicants who adhere to the design guide. This offer of speed and certainty to developers who follow the masterplan is a key to its implementation. To select a private sector partner for the masterplan, Stirling Council undertook a formal OJEU tender process on behalf of Raploch URC.

Bidders were required to develop two areas (housing at the village centre and a high-profile, riverside residential site) to a level suitable for submission as a full planning application. Bids were judged on both quality and price. Quality included innovation linked to information technology and community benefits, including guaranteed local jobs and local sub-contracts.

The developer R3 (the name stands for the slogan 'Raploch, Reinvented, Regenerated') was appointed as the preferred development partner. A consortium of Cruden Homes (East) and George Wimpey East Scotland, R3 has been licensed to develop the land, with direct land transfer on the sale of the property.

To ensure a diversity of design, the developer was required to appoint at least three architects. It was also obliged to commission architects for the full design service. This means that the architects do not just take the scheme to outline planning permission, then pass it on to a project architect or design-and-build organisation to complete it more or less in line with the original design. Instead the selected architects must design the scheme in all its details. This should ensure that the original conception, and the hoped-for quality, will be realised.

The land required for the masterplan was gifted to Raploch URC by Stirling Council. Early public realm works are being funded by the European Union, with the main funding from the Scottish Government.

The Raploch masterplan and design guide provide a clear framework for physical regeneration. The masterplan's anticipated success is a reflection of the rigorous and comprehensive process of consultation, partnership working and place-making. Local people were involved in every stage of the masterplanning process.

Developer interest was gauged at an early stage to ensure that the emerging ideas were of interest to the private sector, and that they could be delivered. It was important that Raploch URC worked in partnership with Stirling Council to gain ownership of the areas required by the masterplan.

The urban design approach at Raploch is grounded in the sort of place-making principles set out in the Scottish Government's guide Designing Places. The proposed public realm, with a new village square, reprofiled streets and home zones, will provide a clear framework of streets and spaces, with the requirements of people on foot put above the needs of the car. The masterplan proposes identifying areas that will be treated as distinct 'zones', so that each will have 'a clearly defined space and function and share a consistent

feel'. This will be an important step in making sure that Raploch has a distinctive appearance.

The public realm and the related community facilities (including education, employment, health and retail) should contribute to making Raploch feel like a real neighbourhood. The masterplan also builds on the natural assets of the surrounding area, and reconnects Raploch to the River Forth.

The tendering approach for securing a private sector development partner heavily weighted quality over cost. Delivering that quality is the responsibility of Raploch URC's project team.

Year completed
Masterplan completed 2004; proposed development to be complete by 2016

Award
Stirling Council and Raploch URC won the Scottish Awards for Quality in Planning in 2004 for stakeholder engagement in the masterplan and design guide development. 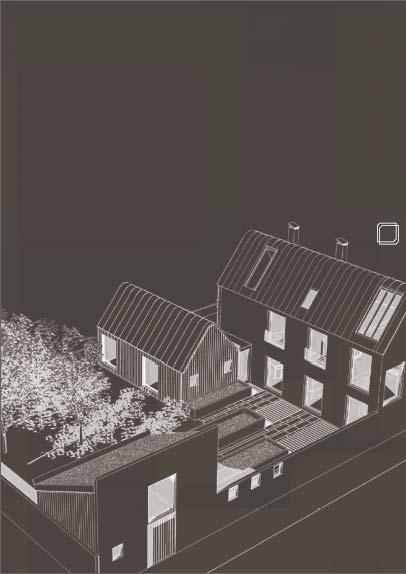