Contents
Brexit: protecting what matters - what's at stake for individuals in the Brexit talks
My Family

Being able to stay together, feel welcome and settled where we live

Families are at the centre of Scotland's society. Many are concerned about the impact Brexit will have.

Right now many families in Scotland include members either from or living in other EU countries. These could be children born in Scotland to parents who come from elsewhere in the EU, elderly relatives who reside or have retired abroad, or family members who met a partner from another EU country. EU law guarantees the rights of families, including non- EU family members of
EU citizens who come from outside the UK.

Many Scots and people living in Scotland will also be concerned about the rights of their families in other EU countries, including ongoing access to healthcare, pensions and public services. They're worried whether it may be harder in the future to visit relatives in other EU countries. Such families are to be found in almost every community and amongst many groups of friends in Scotland. Almost any family could be affected in years to come.

Of course it is welcome that there has at last been movement to provisionally guarantee the bulk of those rights, but that agreement is dependent on there being a final deal. Moreover the future rules that will apply to EU citizens who wish to move families to the UK after the end of the transition period are much less clear. The UK Government has so far not provided any details of the future EU migration system.

None of these very real sources of anxiety and difficulty would arise if the UK were to stay in the EU. Failing that, remaining in the single market, and continuing to benefit from the free movement of people, is the best way, at a stroke, to protect families from all of these impacts and safeguard the rights of those who wish to work or study here in future.

A Scotland-specific migration system could help make life easier for families in Scotland to be joined by members from elsewhere in the EU, and for UK citizens elsewhere in the EU to join family members in Scotland. By welcoming people to live, work and study in Scotland we can strengthen our society and enrich our lives. That is why we are arguing for the power to devise such a system.

Meanwhile, the Scottish Government has been clear that those EU nationals who have chosen to make Scotland their home continue to be welcome here, reflecting the vital contribution they make to our economy and society.

The examples below capture what individuals are saying to us in their own words about what's at stake for their families.

Stephen, 57, Construction Sector, Spain. Stephen, from Aberdeen, has been in Spain since 1998. His partner is Spanish. 'The uncertainty has a corrosive effect on our lives.

Natalia, 32, Advice Provider, Midlothian. 'I have seen an increase in immigration related enquiries. One of the side effects of the Brexit process is the emotional impact that uncertainty is causing for individuals and their families.'

Janos, 39, Self-employed, Glasgow. Janos is originally from Hungary. 'My family has been immensely affected by the Brexit vote. Until negotiations are resolved I do feel my family's future is in 'limbo'. I don't think that we will be forced to leave the country, but worry they will make it difficult for me to stay.'

Elizabeth, 45, Marketing, Spain. Elizabeth is married to a Spaniard and has two small children. 'As a Spanish/British family I'm concerned about the impact that Brexit could have on my children's rights. Which legal system would protect my rights and those of my children? Would I and my children really get the same level of protection as at the moment?' 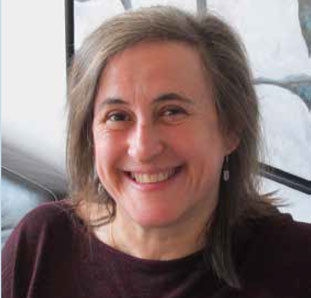 Ana is originally from Spain, and has lived in this country for the last 35 years. She is married to a Scot.

Ana is concerned about how Brexit will impact on her family life and those of her relatives in Spain.

'My life is here and I feel totally integrated. Seeing friends and family in Spain all feels very easy now, thanks to being in the European Union. My nephews pay us a visit every summer to volunteer in a summer camp. After the UK has left the EU, I don't know whether my nephews might want to visit Scotland so often if they face some travel restrictions. When I first came to the UK, Spain was not in the EU. I was interrogated at border control, sometimes quite nastily. I don't want anyone in my family to go through that. Will people need to have a letter from someone inviting them? A work permit? Maybe a payment involved? I can't think of anything positive about Brexit. Nothing whatsoever.'

Ana also feels that since the Brexit vote she has had to justify the contribution that she makes to society:

'I feel that I came here educated. I've never asked for anything, never had any benefits. All my adult life I have worked and paid taxes to this country and I do feel betrayed. Workers coming here help the economy, many of them have done their training and education elsewhere and they come here to work, pay taxes and contribute. That is a win-win situation, but we are going to feel the difference if we start making difficulties. They are not going to come.'

My Community
My Quality Of Life