Contents
Tourism in Scotland: the economic contribution of the sector
Chapter 2: The Value of Visitors to Scotland[4] 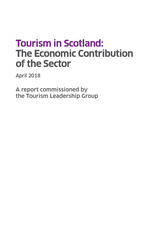 Chapter 2: The Value of Visitors to Scotland [4] 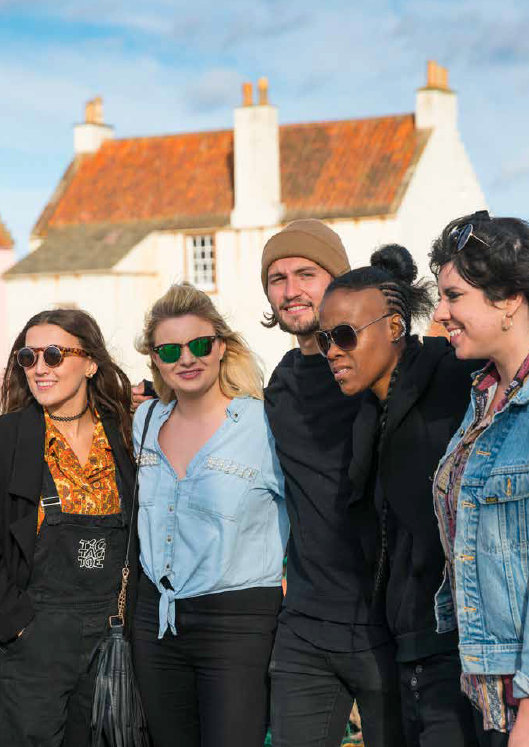 2.1. As a long-established, mature destination, Scotland has been a popular choice for visitors from the UK and Europe for decades.

2.2. In recent years, tourism has become one of the fastest growing economic sectors in the world. Inbound tourist arrivals (overnight visitors) grew to over 1.2 billion in 2016, an increase of 46 million (3.9 per cent) on the previous year. International tourist arrivals worldwide are forecast to increase by 3.3 per cent a year between 2010 and 2030 to reach 1.8 billion by 2030 [5] .

2.3. The UK ranks highly in terms of global tourism destinations, being 8th in the world for international tourist arrivals (34.4 million) and 5th for tourism receipts ( US$ 45.5 billion) [6] . Although London receives over half of international visitor numbers and spend within the UK, Scotland also generates a substantial portion of the UK’s attraction, with 7 per cent of international trips to UK and 8 per cent of spend [7] .

2.8. Growth in visitor numbers from the USA and Germany have been the drivers of growth in Scotland’s international visitor numbers, as is highlighted by Table 1 on page 9.

Table 2: Overnight Trips to Scotland, by Reason for Stay [9]

2.11. Edinburgh is the most popular location for trips in Scotland, both for visitors from within Scotland, Great Britain and from overseas. In 2016, Edinburgh and the Lothians was the destination for 42 per cent of overseas visitors’ overnight trips, followed by Greater Glasgow and Clyde Valley (18 per cent) and Highlands and Islands (14 per cent).

2.12. cotland has a number of popular visitor attractions. Both the National Museum of Scotland and Edinburgh Castle exceeded 2 million visitors in 2017, making them the most visited attractions outside of London [10] . Box 1 below gives an overview of recent trends in Scotland’s visitor attractions.

Table B1 gives details of the most popular attractions across Scotland:

Table B1: Most Visited Attractions in Scotland, 2017

Data from the Moffat Centre also suggests that in 2017, visitor attractions in Scotland experienced a 7.0 per cent increase in visitor numbers compared to 2016.

Attractions in Greater Glasgow and the Clyde Valley and Edinburgh and the Lothians received the greatest number of visitors (almost 21 million and over 17 million respectively), while substantial growth in visits were seen in attractions in areas like Aberdeen & Grampian (up over 13 per cent) and Orkney (up 14 per cent). Outdoor and Nature Attractions and Museums and Art Galleries were the most popular types of attraction (with around 21 million and over 17 million visitors respectively) while substantial growth was seen in visits to Castles/Forts (up 21 per cent to around 5.3 million visitors) and Distilleries, Breweries and Wineries (up over 13 per cent to around 1.7 million visitors). These give an indication of the diverse range of attractions that Scotland has to offer.

Expenditure by Visitors to Scotland

Infographic Text:
In 2016 Almost £4.8 Billion Was Spent By Overnight Visitors To Scotland

2.17. Chart 2 shows that Edinburgh and the Lothians receive almost one third of all overnight visitor expenditure (32 per cent). Highlands and Islands received 18 per cent of expenditure, while Glasgow received 15 per cent.

2.18. This data helps to illustrate the importance of tourism to both Scotland’s regions, and Scotland as a whole.

2.19. In recent years, while overall numbers of overnight visitors to Scotland have fallen, numbers of overseas visitors have increased substantially, as has the value of expenditure by visitors to Scotland. While Edinburgh and the Lothians receive the largest shares of both visitor numbers and expenditure, overall visitor numbers and expenditure are distributed widely across Scotland. This supports a sector that operates across Scotland, the characteristics of which are described in Chapter 3.