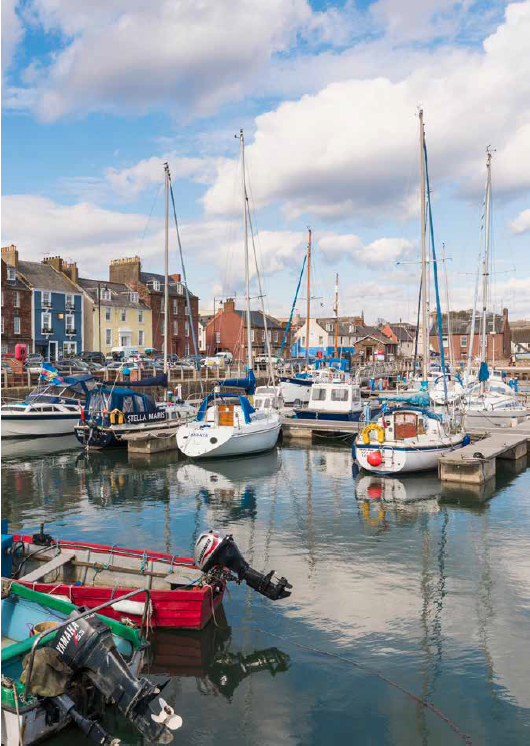 The tourism industry is a cornerstone of the Scottish Economy, and vital to the economic performance of towns, cities and regions across the length and breadth of Scotland.

1.1. The industry accounts for around one in every twelve jobs in Scotland, and around five per cent of the Scottish Economy’s Gross Value Added ( GVA). It plays an important role in the economies of Scotland’s major cities, while also making a substantial contribution to sustaining employment and economic activity in Scotland’s rural communities.

1.2. To guide and encourage the development of tourism in Scotland, the tourism sector has taken forward Tourism Scotland 2020 [1] . This strategy sets out a clear ambition for Scotland to be, “…a destination of first choice for a high quality, value for money and memorable customer experience, delivered by skilled and passionate people”.

1.3. The strategy centres on improving the performance through improving leadership and digital capabilities across the sector; encouraging and influencing investment in the sector and supporting infrastructure; and on improving the quality of the visitor experience across Scotland.

1.4. TS2020 is industry-led, with progress being supported by the Scottish Tourism Alliance ( STA) [2] , and overseen by the Tourism Leadership Group ( TLG) [3] . The TLG was formed in 2011 to bring together tourism leaders from the private and public sector to drive industry-wide collaboration and alignment.

1.5. This report, produced on behalf of the TLG, gives an overview of tourism in Scotland, and is divided into three main sections:

Infographic Text:
Tourism Contributes Around £6BN Of GDP To The Scottish Economy, 5% Of The Total

Over 9% Of The Sector’s Workforce Are Non- UK EU Nationals, Compared With 5% For Scotland As A Whole

There Are Over 14,000 Tourism Businesses In Scotland, Around One In 12 Of Scotland’s Registered Businesses

In 2016 Almost £4.8 Billion Was Spent By Overnight Visitors To Scotland

Scotland Is The Home of Golf, Whisky & Tartan

*Source: Most Beautiful: https://www.roughguides.com/gallery/most-beautiful-country-in-the-world/
Most Welcoming: https://www.roughguides.com/special-features/rough-guides-reader-awards-2017-the-winners/
**Source: Scotland’s UNESCO sites are the Old and New Towns of Edinburgh; New Lanark; Heart of Neolithic Orkney; St Kilda; the Antonine
Wall; and the Forth Rail Bridge. https://whc.unesco.org/en/statesparties/gb